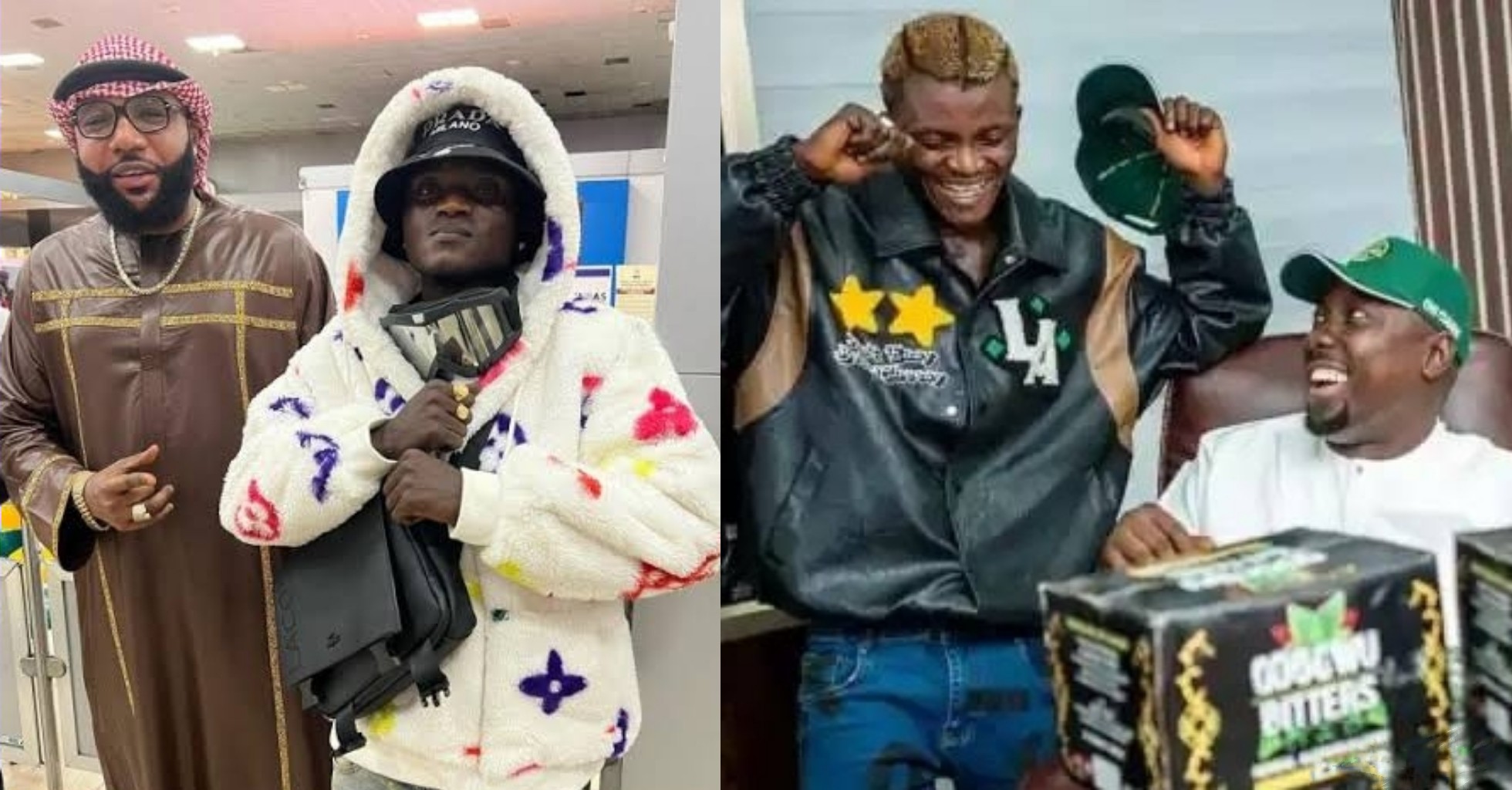 Controversial singer, Habeeb Okikiola, aka Portable has cleared the air on his recent trip to London and ambassadorial deal.

The  Zazuu Crooner keeps rising to the top of the ladder as he seems to have suddenly become the industry favourite.

A couple of weeks ago,  Billionaire businessman, Obi Cubana signed a N50 million deal with the singer using him as the face of his new product, ‘Odogwu Bitters’.

Also a few days back, Portable shared a video of himself with E-money at an airport in UK, where he was captured thanking the Nigerian billionaire for elevating his level

Taking to his social media page, Portable in a new video said E-Money didn’t sponsor his trip to London as reported online. According to him, he ran into the Socialite and his wife at the airport in UK and thanked him for showing him love at AY live concert.

On Critics who slammed Obi Cubana for signing a N50 million deal with a Yoruba singer, Portable said:

“I hear that some Igbo people are asking Why Obi Cubana used Yoruba guy as an ambassador, they don’t know it’s grace that is working for me. If you don’t know, I’m the first ambassador”