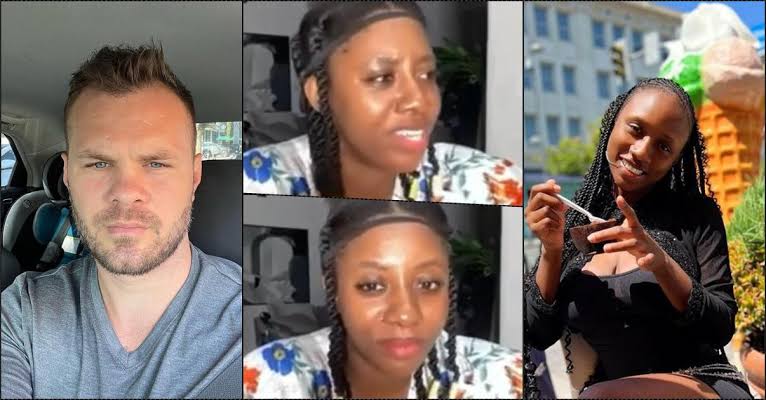 American sport therapist and chiropractor, Justin Dean has reacted after his estranged wife, dancer Korra Obidi accused him of physical assault while in marriage.

Recall that Justin Dean sued for divorce months ago, accusing Korra of being narcissistic, among other things.

However, Korra, May 7, on Facebook live, called out her ex for refusing to take care of their two children and for allegedly stealing from her.

Korra threatened to expose the alleged series of abuse she suffered in his hands if her ex-husband failed to return her money within 24hrs, adding that she’s done keeping quiet.

After Justin returned the money, Korra’s sister, while reacting to their heated exchange, said she was the one who urged the dancer to keep the abuse in her marriage away from social media.

Korra’s sister claimed that Justin smashed the dancer’s phone multiple times while trying to stop her from creating content online, stressing that there was proof.

Reacting to the allegations, Justin shared a screenshot of some messages as his evidence.

The Father of two claimed that Korra once admitted to lying about him ever being physical with her but she kept saying that he was going to eventually hit her.

He added that Korra lied against him because she didn’t win the an undisclosed court case over their kids.

“Proof that Korra is lying about physical assault! She already lost this battle in court. Which is why I was able to see my kids!
This is a felony (purgery) and I am pressing charges.
We had therapy about this and she admitted to lying about me ever being physical with her.
She kept saying that I was going to eventually hit her. So I tapped her softly jokingly with enough pressure to burp a baby and said,” never say that again”. We laughed and she woke up utterly convinced that I assaulted her.
Korra, take your meds!” 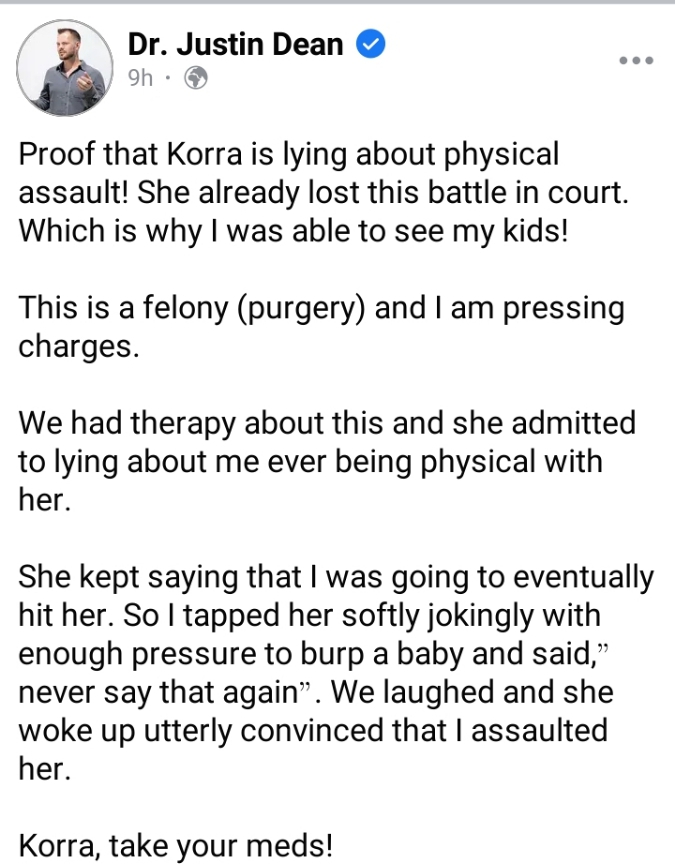