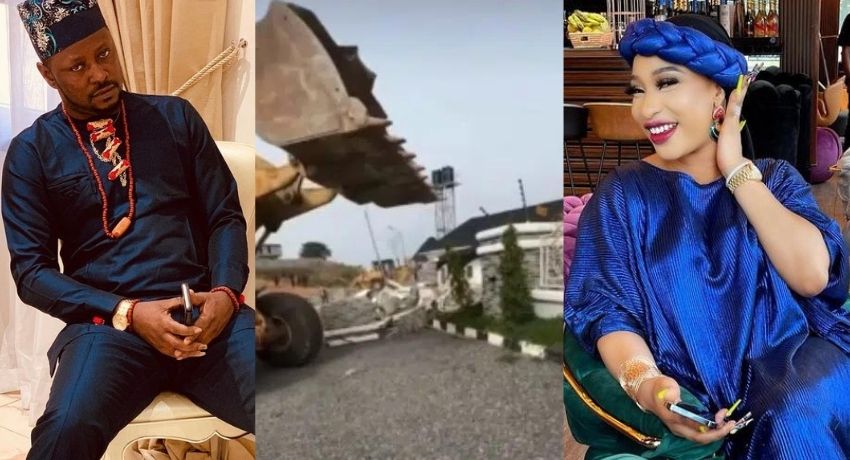 Nollywood actress Tonto Dikeh has mocked her ex-lover, Prince Kpokpogri in reaction to Federal Capital Development Authority, FCDA demolishing his Abuja property said to be worth over 700 million Naira.

Kpokpogri who had a messy breakup with the actress had earlier cried out in pain as he watched his property being demolished by FCDA without prior notice.

According to Kpokpogri, he does not know who is behind the demolition. He said FCDA stormed his building early in the morning without due notice and began to destroy his gate and fence. His building was yet to be touched in the video.

The embattled businessman said he does not know what he has done to warrant the demolition as he has all the legal documents for the property. He said:

“I have children and visitors inside the house and these people just came and started demolishing without any reason.”

“WHEN YOU MESS WITH THE WRONG WOMAN YOU GET ALL YOU DESERVE. 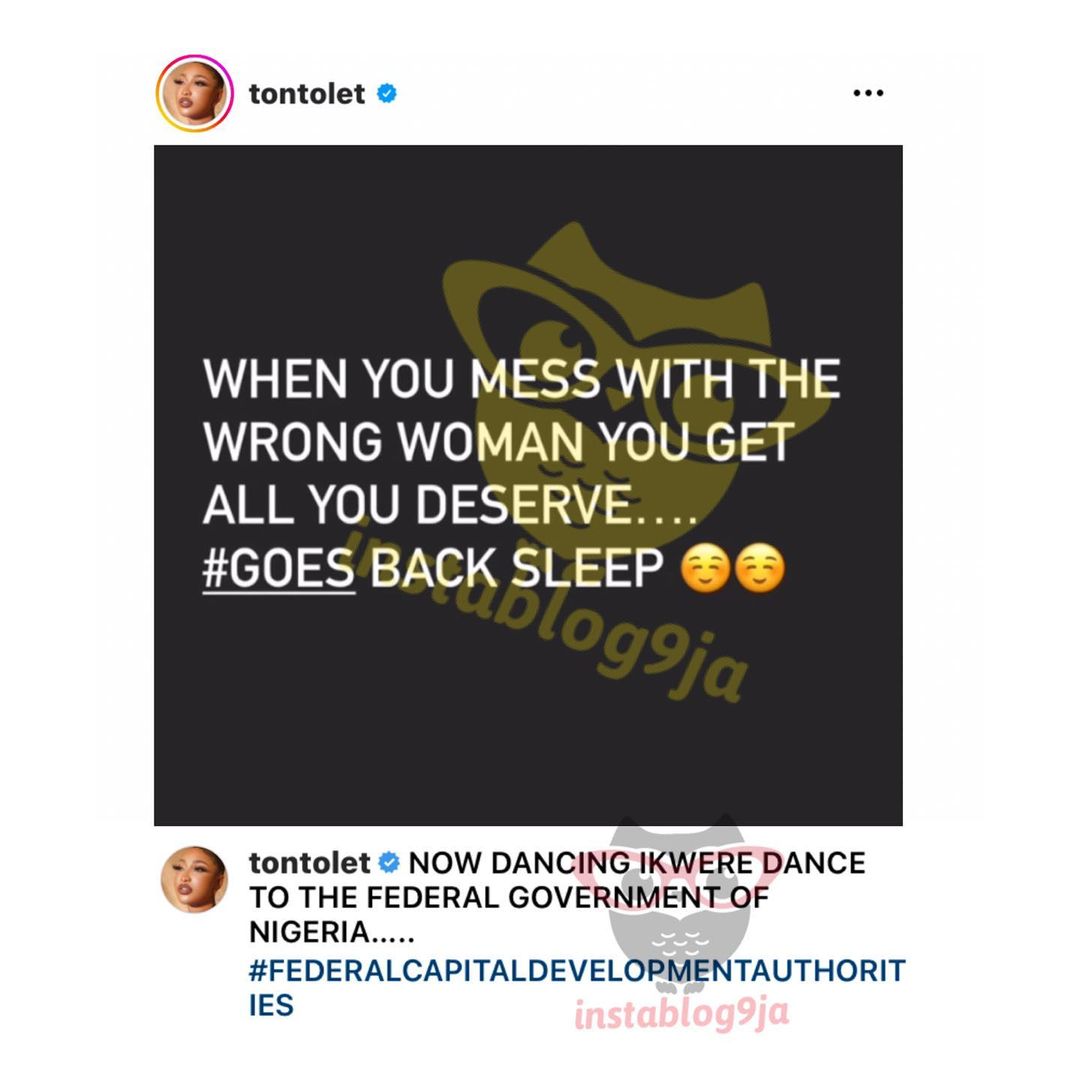