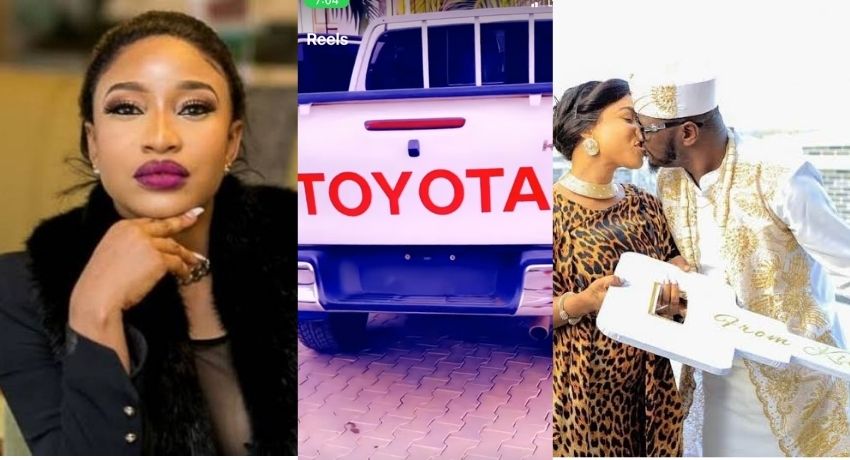 It’s been a drama filled week as Tonto has been on top of her game. She has not backed down by making sure anyone who comes at her ‘collects’.

Controversial Nollywood actress, Tonto Dikeh has taken back the Hilux van she bought her ex-boyfriend, Prince Kpokpogri for his birthday.

The actress who has been engaged in a social media war of words with the businessman since their messy break up showed off the van on her Instagram page.

Tonto revealed she got everything back down to the air fresheners and intends to fix a siren on the car and drive it around her estate.

She then announced her 2022 birthday gift to herself would be a Lexus 570 which she said is just to prove to folks that she can afford the luxury car. Showing a video of the car she wrote:

“I even took the fake key back, down to air fresheners!!

Few more to go and the vawulence ends.

Recall, Nigerian actress, Ada Karl, had called out colleague, Tonto Dikeh over an alleged unpaid debt from 15 years ago. Tonto has in turn hit back at her for being bitter.

In an Instagram post on Wednesday, Karl said Dikeh bought shoes, clothes and gold worth N80,000 and promised to pay later but failed to do so several years later. Read full story here