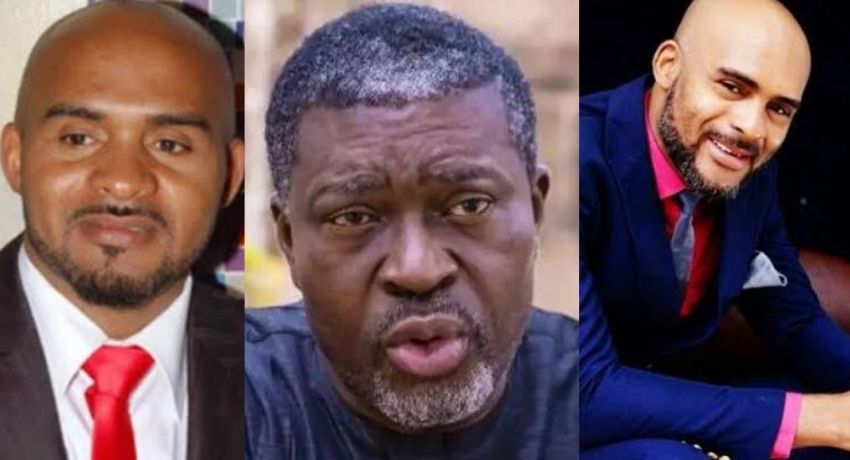 Actor Kanayo O. Kanayo has lashed out at a critic who accused Nigerian celebrities of neglecting actor Leo Mezie when the latter solicited funds before his death.

Leo Mezie died on Saturday, May 14, while recovering from a kidney transplant. His death was announced by actress Chioma Toplis on Instagram on Monday. This is coming after about 10 actors have lost their lives since the beginning of the year.

Reacting to the tragic loss, an Instagram user identified as Eteyi Deborah said that the actor solicited funds from his colleagues while he was alive, all to no avail.

Angered by Deborah’s statement, Kanayo O. Kanayo stormed to the comment section of the post where Mezie’s death was announced, slamming the critic for her comment. He said:

“Eteyi, you are an idiot to talk down on celebrities. Are you one? Are you of the Actor’s Union? Did anyone call for your assistance by any means?

It’s only in Nigeria that nitwits like you talk about celebrities not doing anything or enough for a societal cause or one another. Looking at your page, you have no followership, therefore, it’s safe to conclude you are looking for relevance.”

Another actor Walter Anga also took a swipe at Deborah, cautioning her against making further statements.

“Auntie say what you know oh!!! You guys just talk less about people in the industry without knowing what and how they have assisted. Must everyone come to SM to tell things that were done without bringing it to social media?”