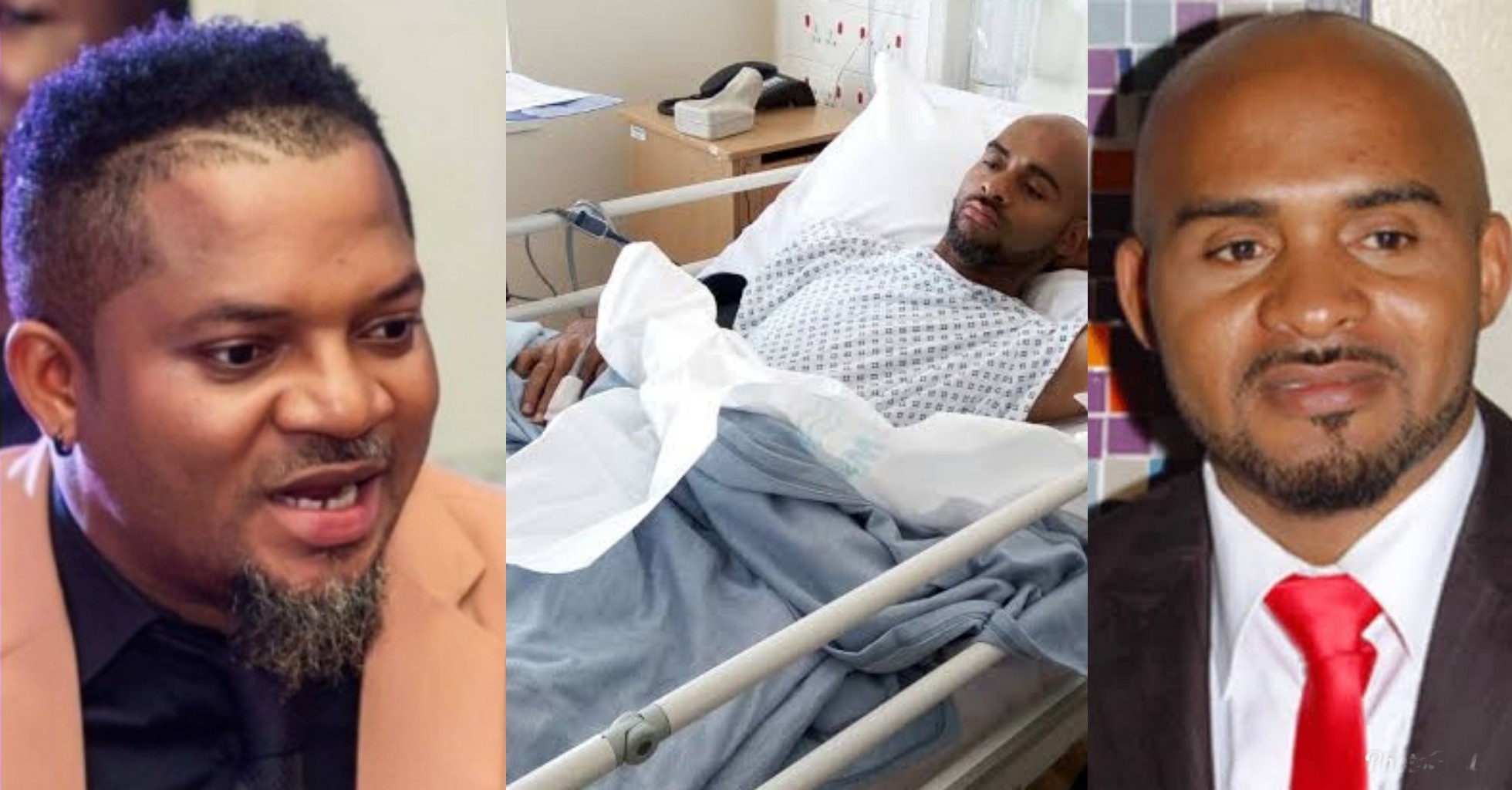 Nollywood Star Walter Anga has reacted to critics who claimed that actor Leo Mezie died because his colleagues neglected him.

Chioma made it known that the actor died at an Abuja hospital over the weekend and his remains have been taken to his hometown.

Social media users have taken to her page to share their condolence messages to the family of the deceased over his sad passing away.

Reacting to the tragic loss in an Instagram post, a critic identified as Eteyi Deborah said that the actor solicited funds from his colleagues while he was alive, all to no avail.

“Watch yeyebrities begin to cry more than the bereaved now, meanwhile, he had been soliciting for funds to no avail,” Deborah wrote.

Angered by the statement, Walter tackled the critic saying, “Auntie say what you know oh!!! You guys just talk less about people in the industry without knowing what and how they have assisted. Must everyone come to SM to tell things that were done without bringing it to social media?” 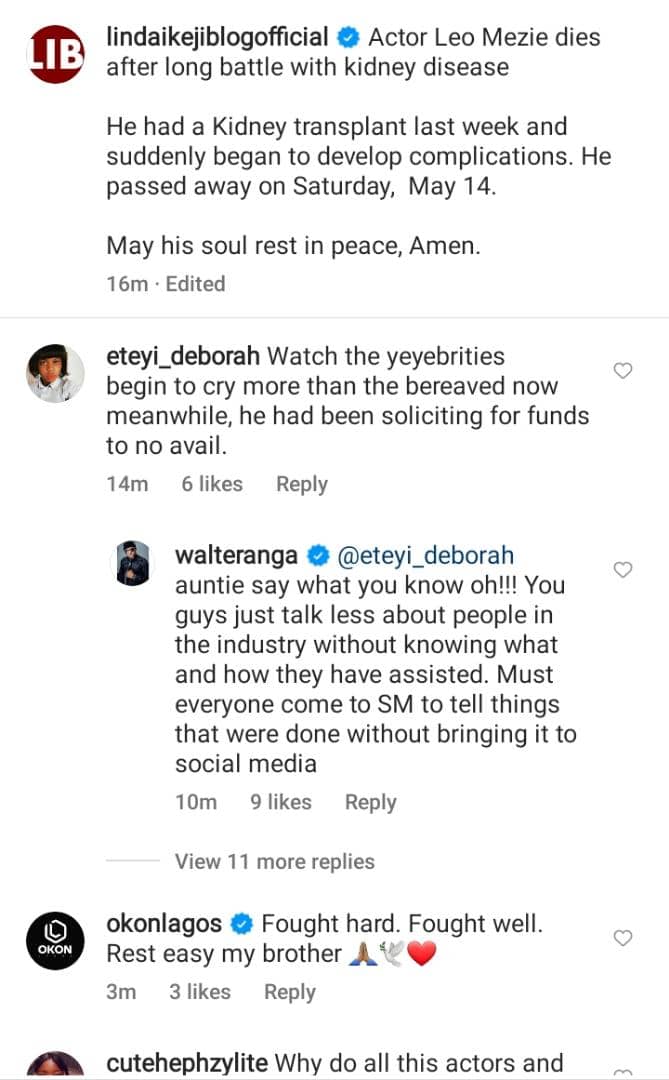 Another critic Godson 6ix wrote: “Anga I know you very well, you like to insult people when they don’t agree with your opinion, don’t insult people if you don’t want to be insulted.”

“You wish to be like a yeyebrity and you haven’t had the opportunity to, really sorry about that, someday you may have the opportunity to and people will talk down at you just like you are doing to others now.”

“You guys know nothing but you try so hard to talk down on hardworking people just to be noticed and finally you may still be noticed today…enjoy your new FAME,” the movie star added. 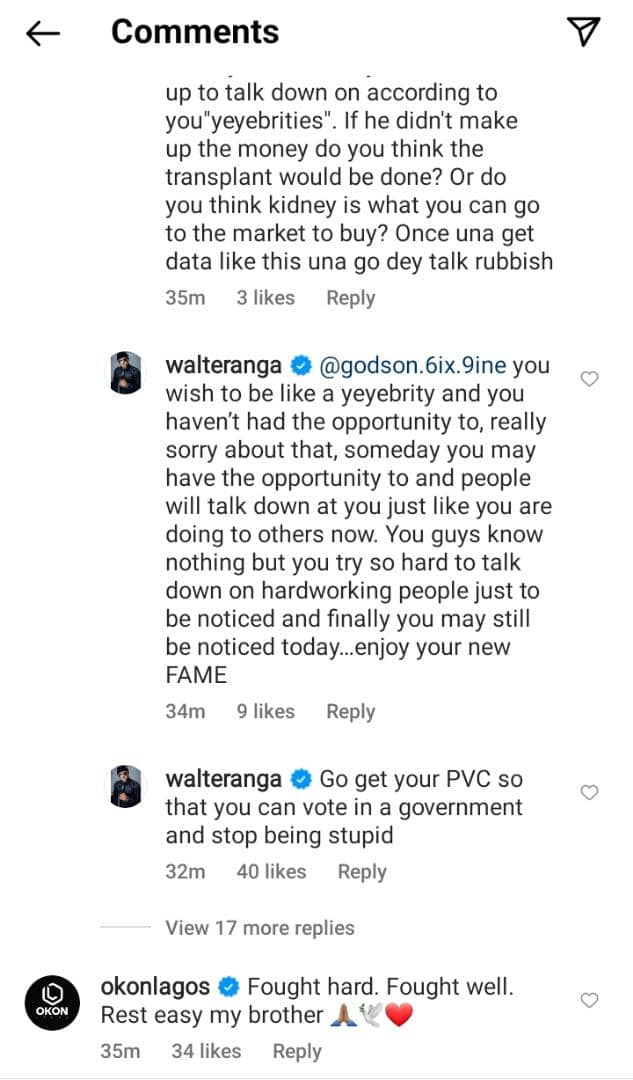