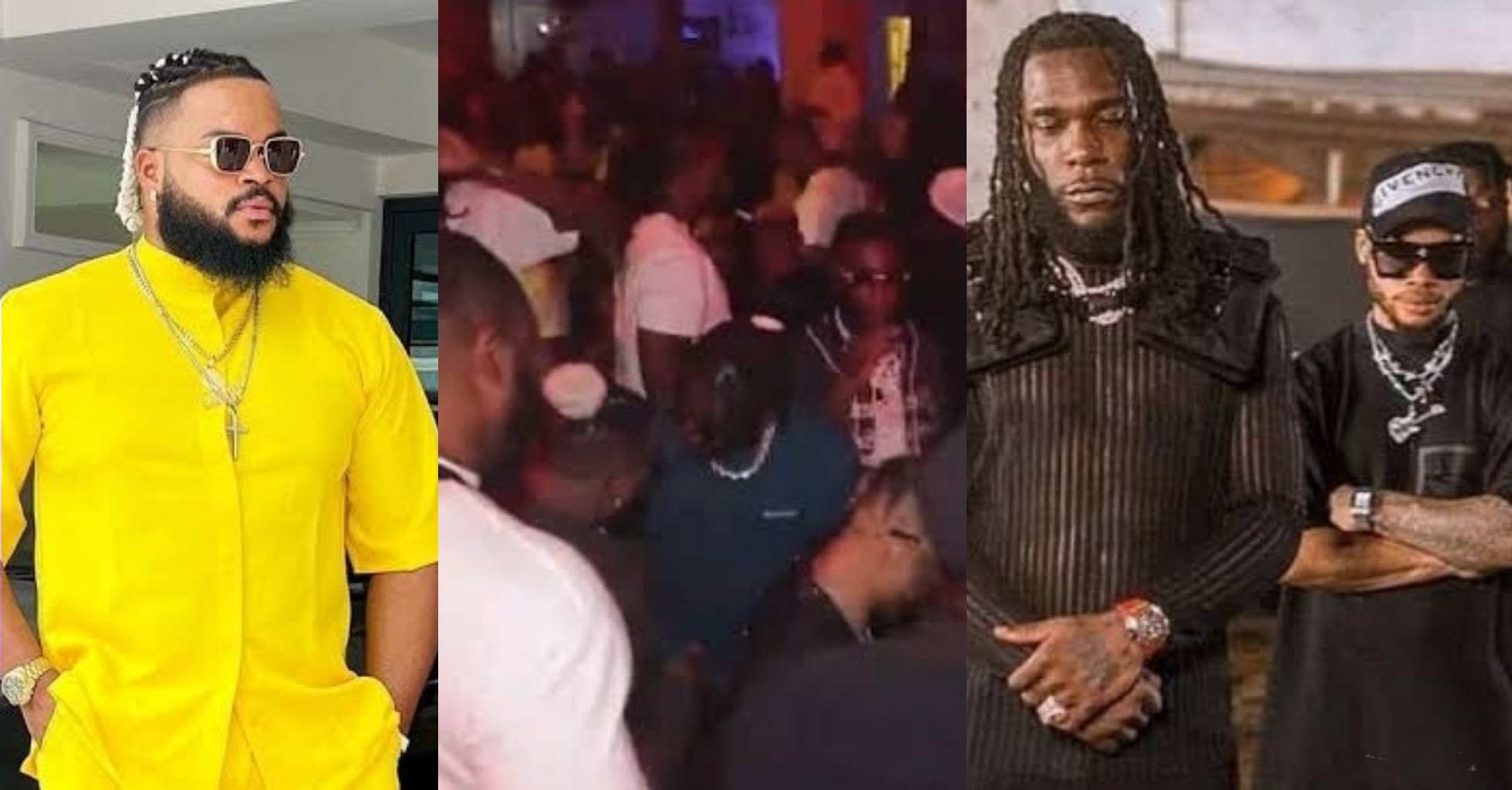 Big Brother Naija star, WhiteMoney has come forward to clear the air on a notable encounter with top singer, Burna Boy at an event.

The reality star caused a buzz online few months back after a video made the rounds of him being stopped from approaching the singer.

In the viral video, Whitemoney was seen standing near Burna’s circle as he chilled with his goons at the Lagos party.

He couldn’t get any closer and he appeared to have been stopped by the singer’s security.

Speaking to Yungwillis and Shina Rambo on ionwannatalkpodcast, WhiteMoney cleared the air on what transpired at the event.

The ‘Selense’ crooner said while he was hanging out at Pretty Mike’s event, he saw Burna at the event and decided to greet him but ended up getting bounced by his crew members.

According to him, Dancer Pocolee tried to convince the Singer’s Bodyguards on his behalf, after the dancer’s failed attempt, Poco Lee said Burna was not in the mood.

WhiteMoney, however, reteirated that he thinks Burna boy did not see him as he blamed his bodyguards for the embarrassment at the event.