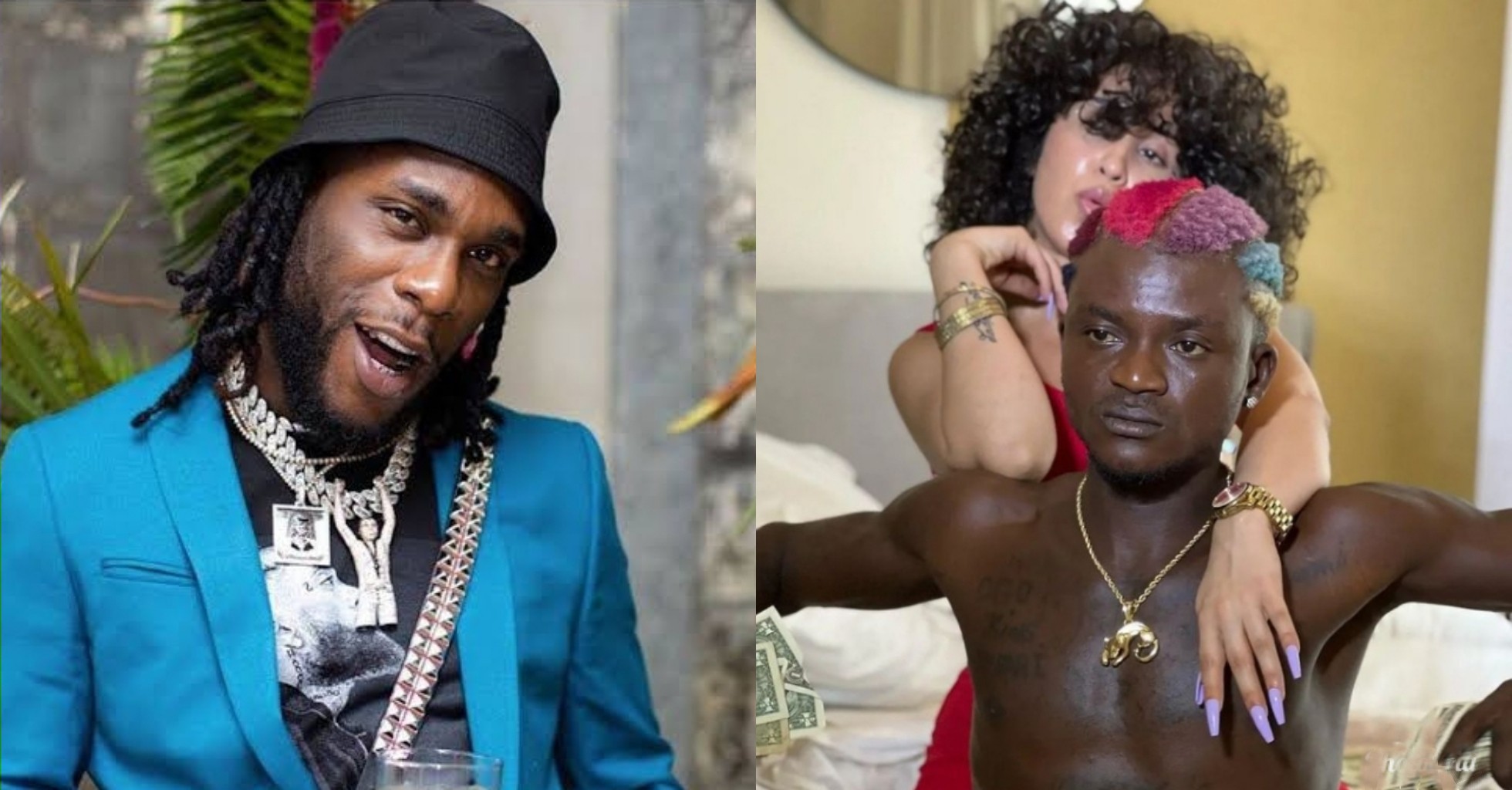 Nigerian Afrobeat Giant, Burna Boy, has shared a cryptic post about Portable after the Zazuu Crooner begged him for a collaboration.

Portable in a recent Instagram video, publicly expressed his desire to get on a song together with Burna Boy and he made a rallying appeal to him.

The Controversial singer declared that Burna Boy has been killing all songs he featured in and it is time he featured on his own too as the African Giant that he is.

According to him, the fact that he is an Odogwu bitters ambassador and Burna also bears the name is enough reason to make the collabo happen.

Reacting after this, Burnaboy via his official Twitter handle asserted his desire to also feature him in his upcoming music project.

However, the self acclaimed ‘African Giant’ who seemed not interested in a music collaboration, shared his wish to use Portable’s image as his album cover.

He captioned the photo;

“Deep down I really want this to be my album cover. Love Damini” 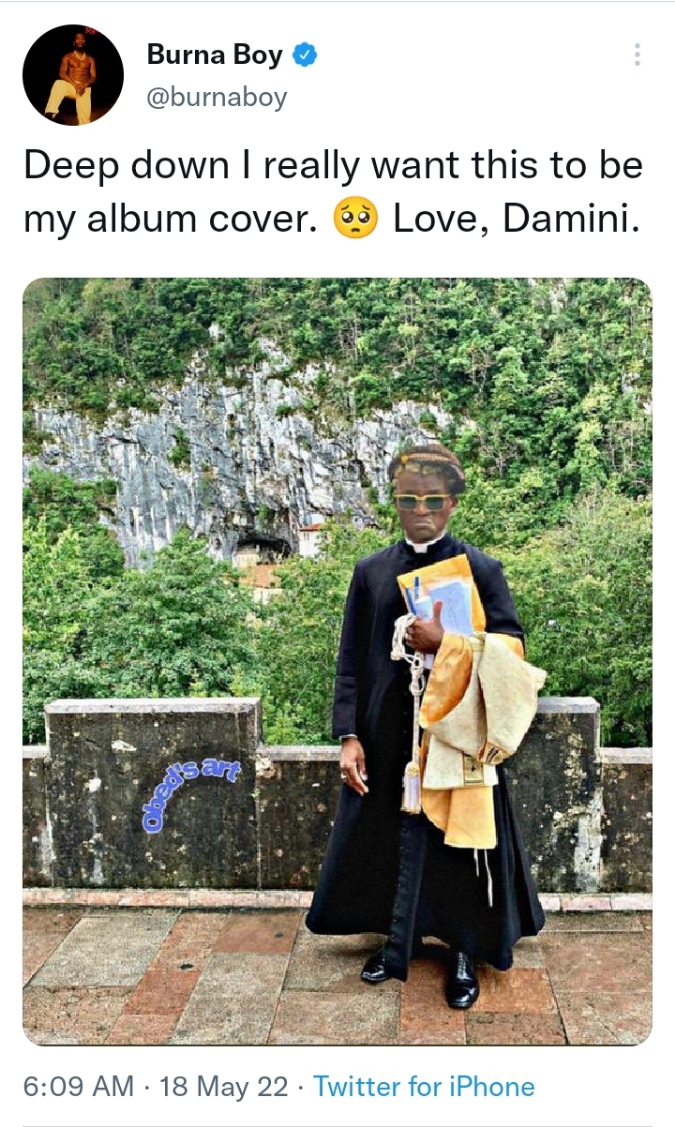