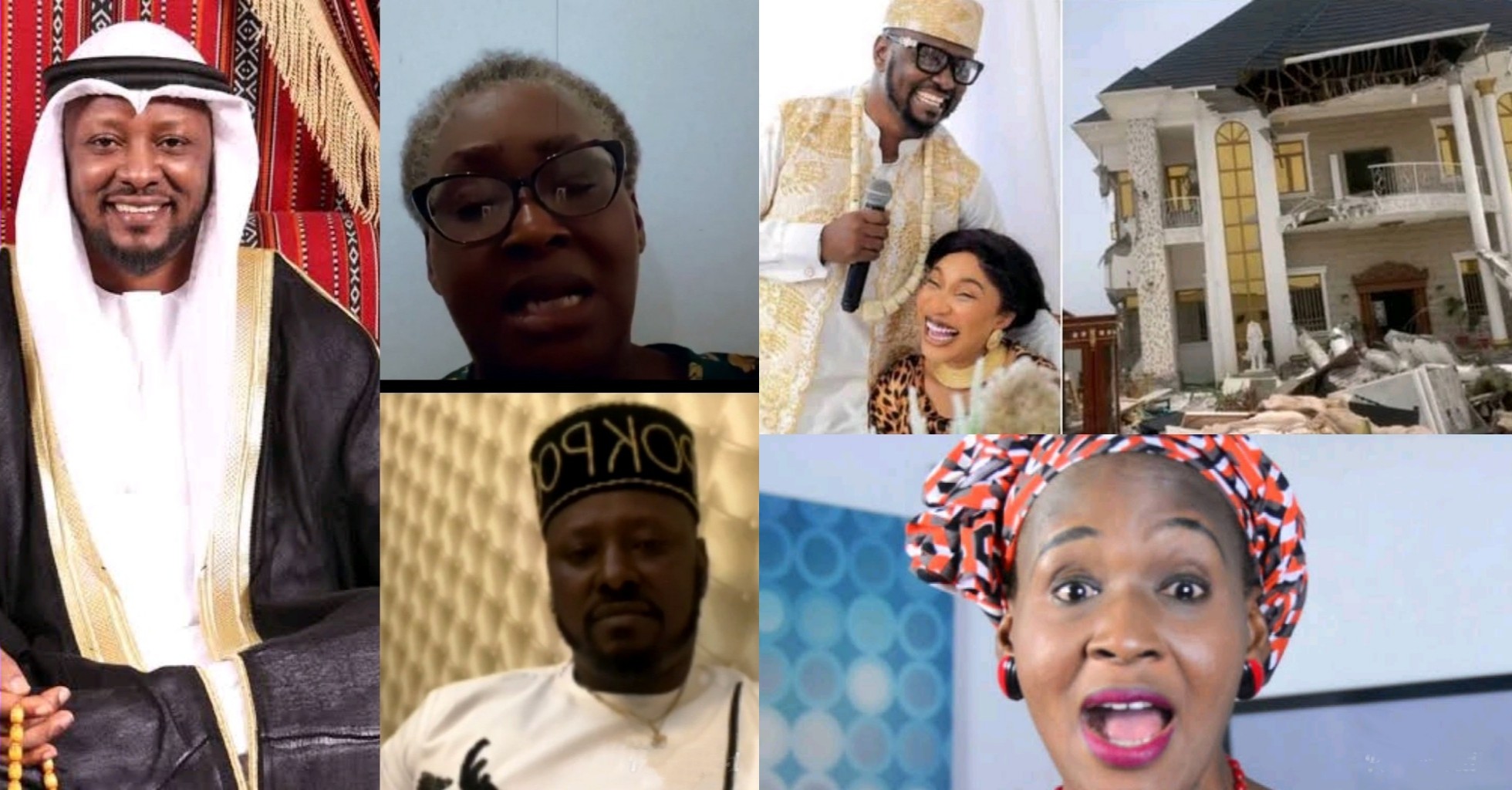 Prince Kpokpogri, the ex-lover of Nollywood actress Tonto Dikeh, has opened up on the demolition of his house in Abuja.

Recall that the Federal Capital Development Agency (FCDA) had on Saturday morning demolished a building owned by Kpokpogri.

According to FCT authorities, Kpokpogri’s house was built on a major highway and has no approval from the necessary agencies.

Dikeh on her Instagram story noted that she won’t stop laughing at Kpokpogri’s situation, adding that she’ll never sympathise with him.

Some netizens lambasted the Actress over her actions as they accuse her of conniving with government officials to get back at her estranged Lover.

Kpokpogri, reacting in a live session with Controversial Journalist Kemi Olunloyo, revealed Tonto had nothing to do with his house demolishing.

The politician, in his statement, said he didn’t want to say anything about the actress as he confirmed she only used the whole thing to chase clout.