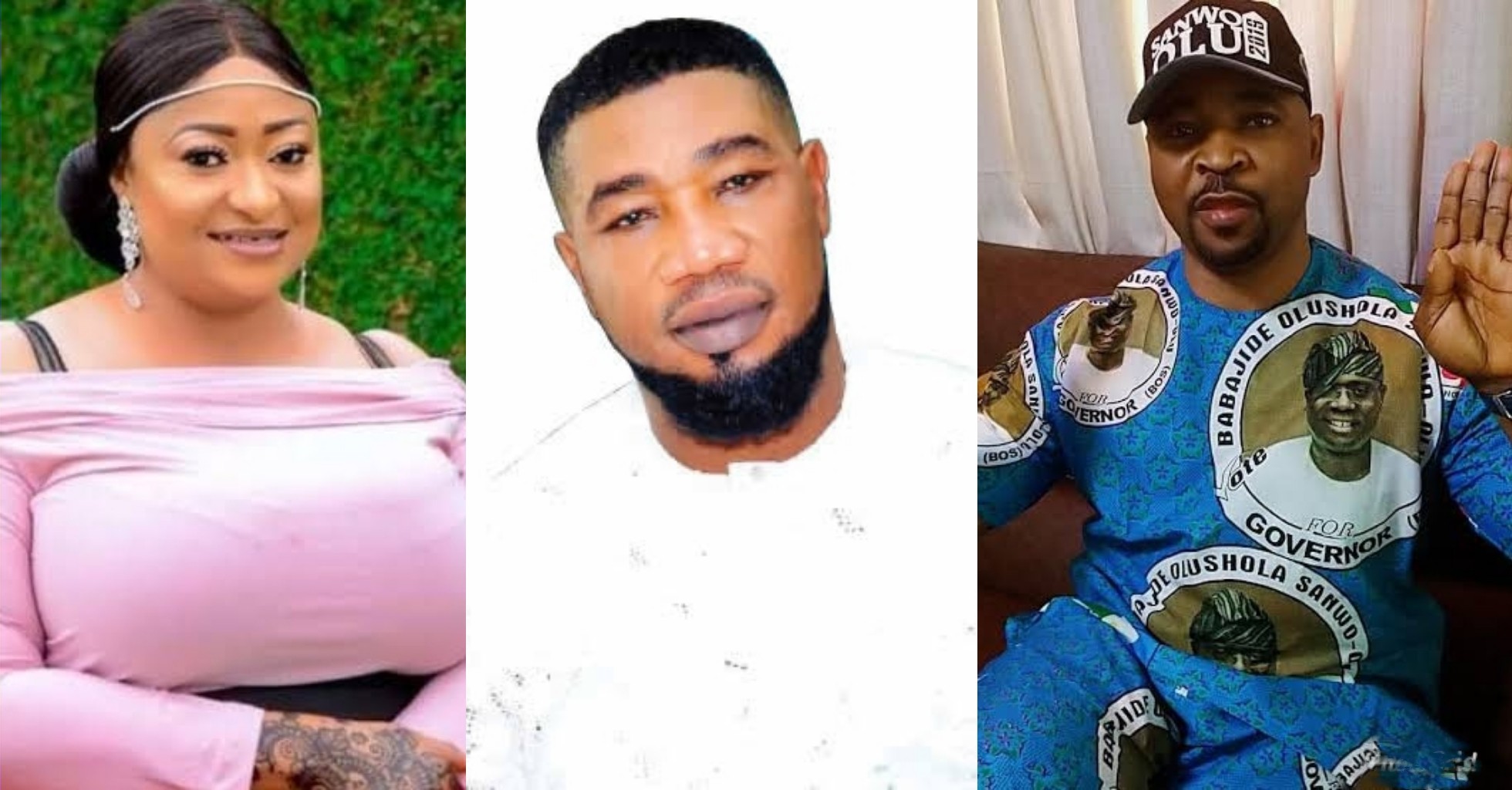 During an interview with Kayode Oyero on Punch News, Akeweje claimed MC Oluomo took his wife from him with the help of popular Nollywood actress and associate, Ronke Oshodi Oke.

According to the new NURTW boss, MC Oluomo Lodge his wife in one of his hotels in the Oshodi area of Lagos State for over a month.

Akeweje also disclosed that despite settling issues with his rivals such as Kunle Poly, MC Oluomo has refused to resolve issues between them.

“There was a lady called Ronke Oshodi Oke, a popular actress. She was a friend to my second wife. Though they met outside my residence, Ronke started visiting my home at one point. So, I challenged her and warned her not to ever step into my house again.”

“Ronke was an associate of MC Oluomo and I know what Oluomo is capable of doing. When I challenged Ronke, she told me that she came to see her boss, adding that my second wife was her boss. I told her not to come to my house anymore, because MC Oluomo and I did not belong to the same camp. My second wife and Ronke knelt and apologised, but after five days, I met Ronke in my house again”

Adeshina further accused the Actress of trying to carry out a mission in his house, adding that he sent the two of them out of his house but to his surprise, Ronke took his second wife to MC Oluomo.

Femi Adeshina said: “Some concerned close allies at MC’s hotel in Oshodi phoned me that they saw my second wife at MC’s place. They asked whether MC and I had settled our issues, but I said we were yet to resolve our differences. They told me that MC had asked them to give my second wife a room in his hotel. She was there for one month and seven days in his hotel.”

“My second wife, Queen B. She stayed in his hotel for one month and seven days before he bought her a house. Unionists in the state know this story very well,” he added.