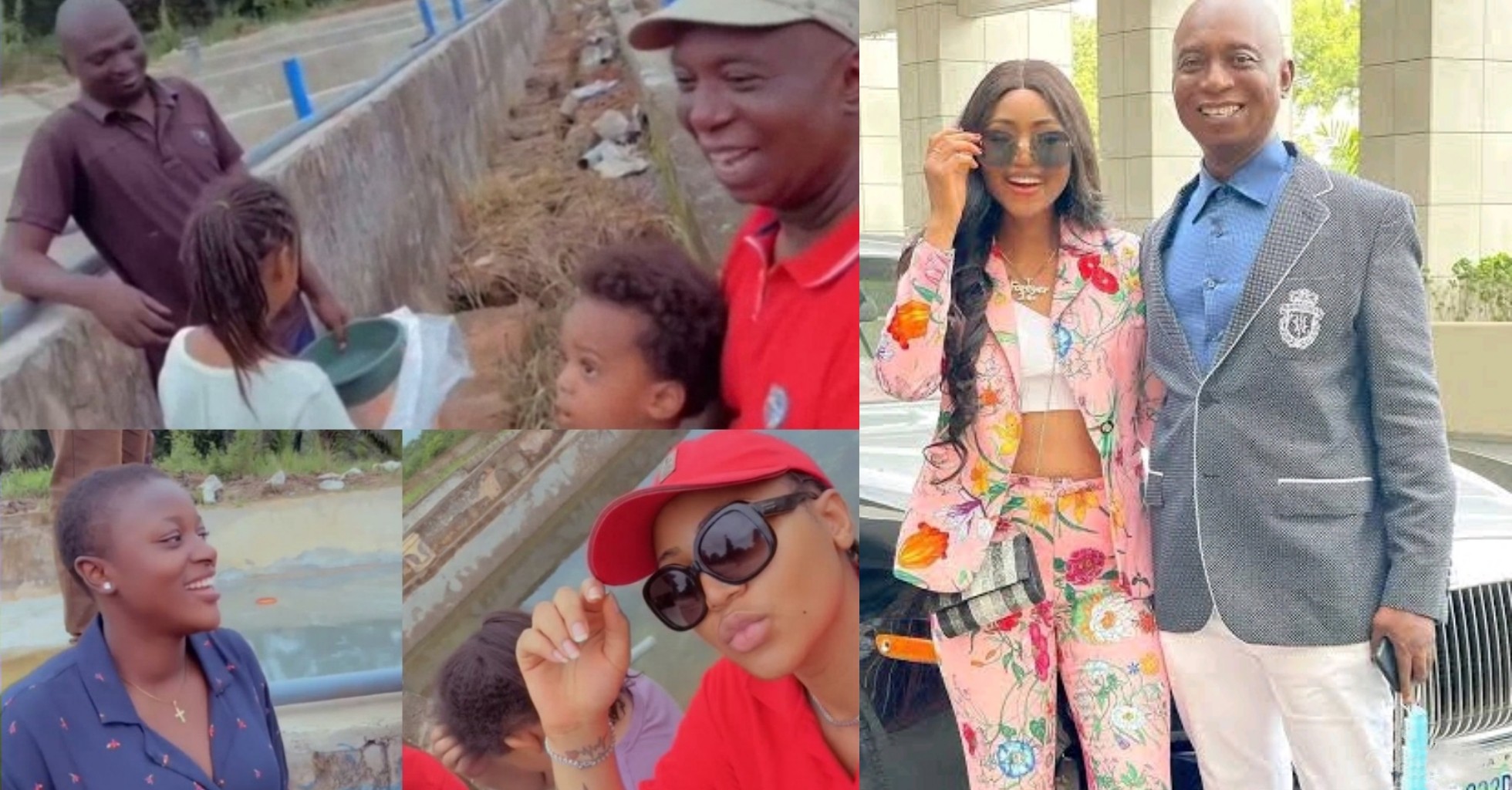 Regina Daniels ‘praises’ husband, Ned Nwoko for looking out for his female staff

The Screen Diva had taken to her official Instagram page to post a series of videos from her outing with Ned Nwoko.

In a clip, the couple visited a farm in Idumuje Ugboko, Delta State where Ned Nwoko humorously teased a female staff by saying that she isn’t married yet which caused them to burst into laughter.

The 21-year-old Movie star who shared the video on her Instagram story questioned her husband’s actions with a caption that reads:

“He’s always looking for husbands for the staffs” 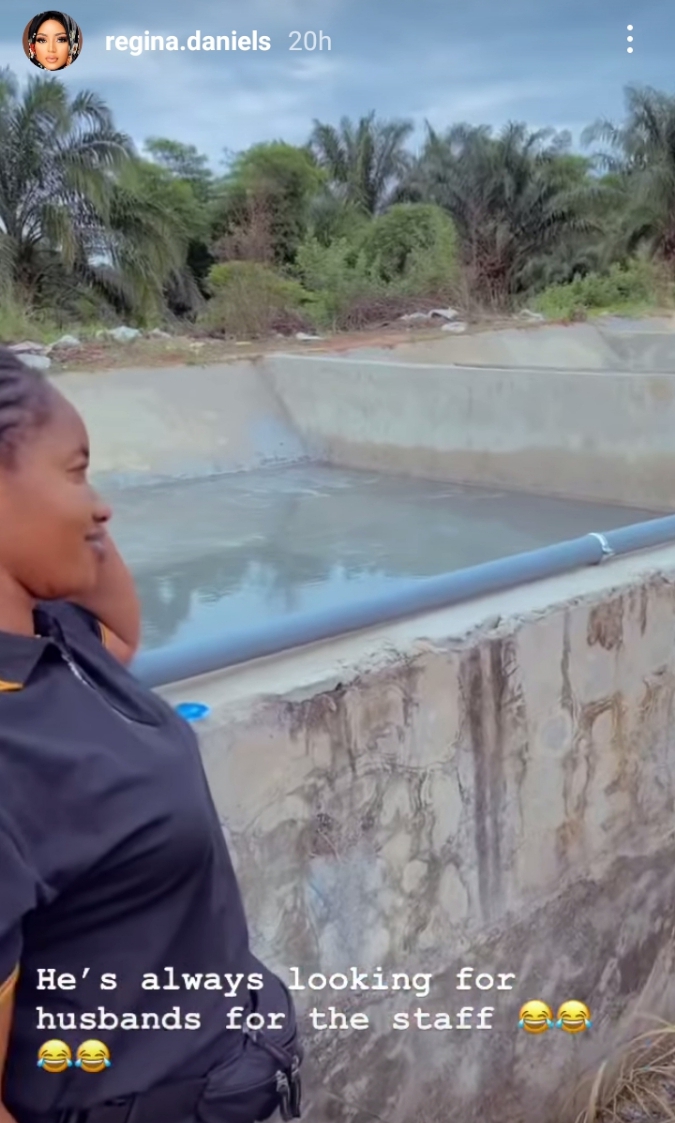