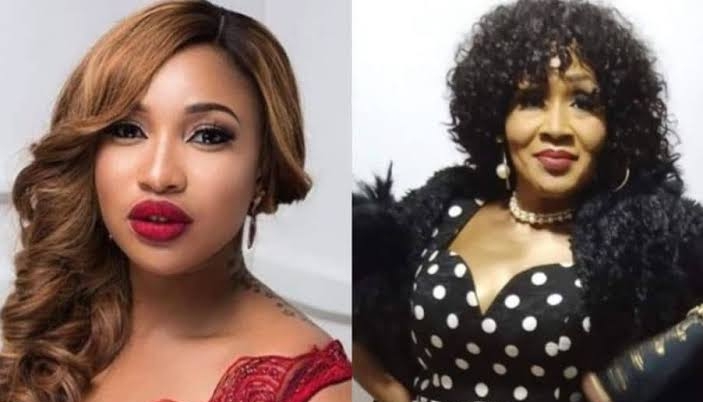 Controversial movie star, Tonto Dikeh has announced that she has arrived in Lagos to carry out the threat she made against media personality Kemi Olunloyo.

Recall that for days now, the duo have been fighting dirty with each other on social media. The fight started when Kemi had an Instagram live session with Tonto’s ex-boyfriend, Prince Kpokpogri over his demolished building and how the two slammed each other with Tonto threatening to send Kemi to jail.

Feeling hurt by the actress’ comment, Kemi Olunloyo asked why Tonto is wishing she goes back to jail after all she went through in Port Harcourt prison, which has made her battle with Post-traumatic stress disorder (PTSD) for years.

The Actress announced her presence in the city on Instagram on Saturday, saying that she travelled from Abuja to Lagos to find Kemi.

She made the announcement on Instagram moments ago as seen in the screenshot below;

“KEMI I HAVE JUST LANDED LAGOS SOLELY TO FIND YOU. YOU HAVE 20PTIONS & 1FACTS 1) SHOW UP AT THE ADDRESS IN YOUR DM 2) DON’T SHOW AND MAKE ME WASTE MY FUNDS AND TIME, NOW THIS WILL GET ME SUPER SUPER SUPER MAD!! 3)KEMI YOU NEED TO KNOW T HAVE NEVER SAID A THING ICAN’T D0. AM HERE TO SPANK YOU THOROUGHLY… “ 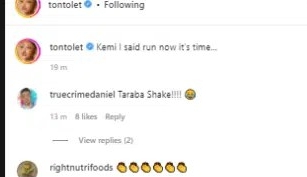 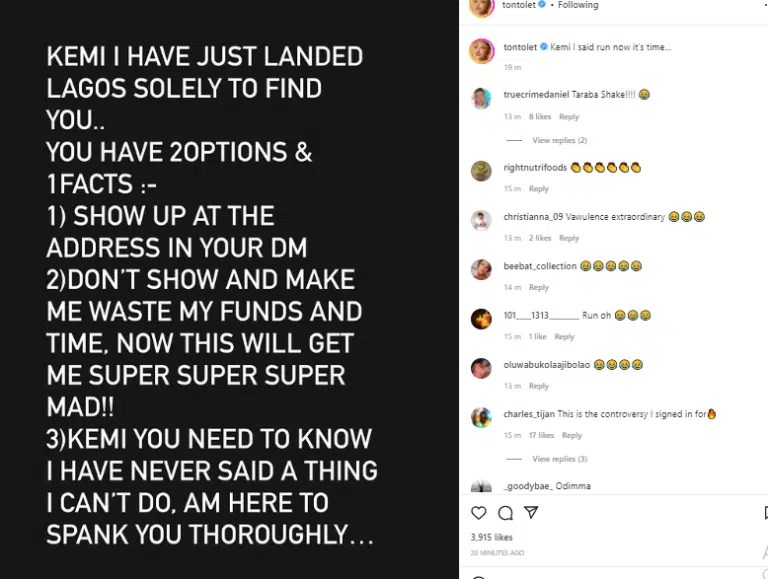