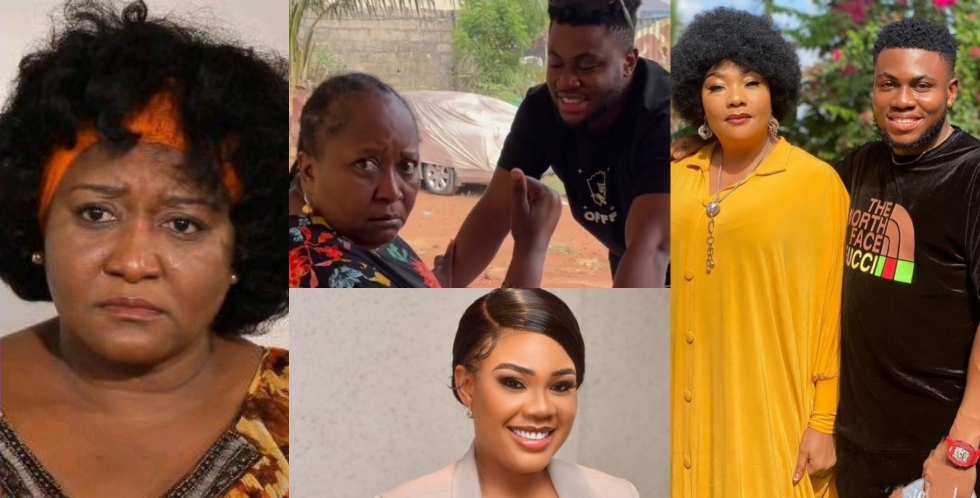 Lucky Oparah, who is allegedly dating Nollywood Veteran Eucharia Anunobi, through a video posted on Instagram, alleged that Fessy tried to touch his manhood while on set.

The Actor was opportune to work with Ace Actress, Ebele Okaro, on location and he bent down to greet and show respect to the elder in the clip.

Ebele also gave him a pat at the back while bending down as she complimented his good looks, also asked if the actresses on set are hitting on him.

Reacting, Lucky didn’t waste time in calling out Actress Fessy, whom he accused of trying to caress his sex organ while on set.

A shocked Ebele responded by issuing a friendly warning to Fessy to desist from such act to prevent attacks from higher places.

“Fessa I’ve always known you to be a good girl, you will be attacked, there are some forces behind this boy”.

Fans took to Lucky Oparah’s comment section to call out Fessa, and the Actress reacted with laughing emojis. 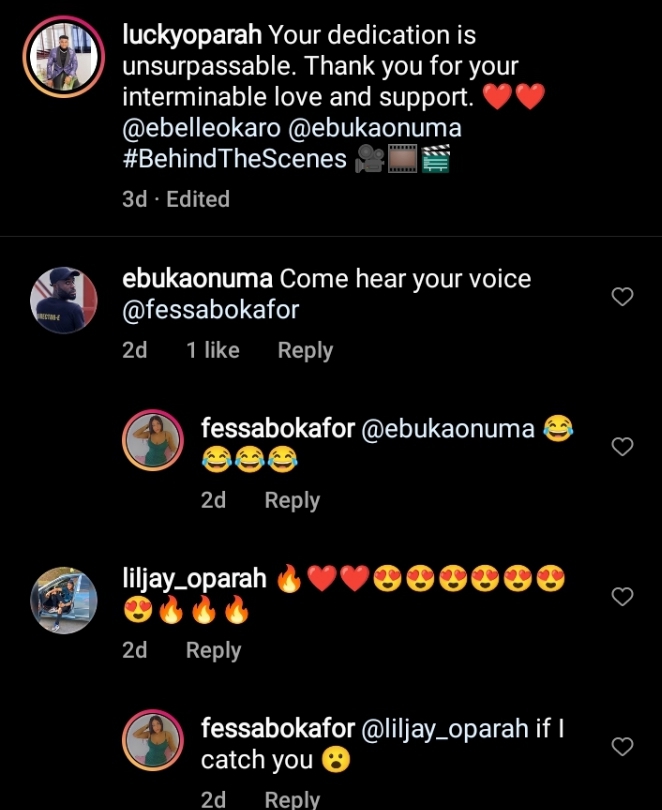