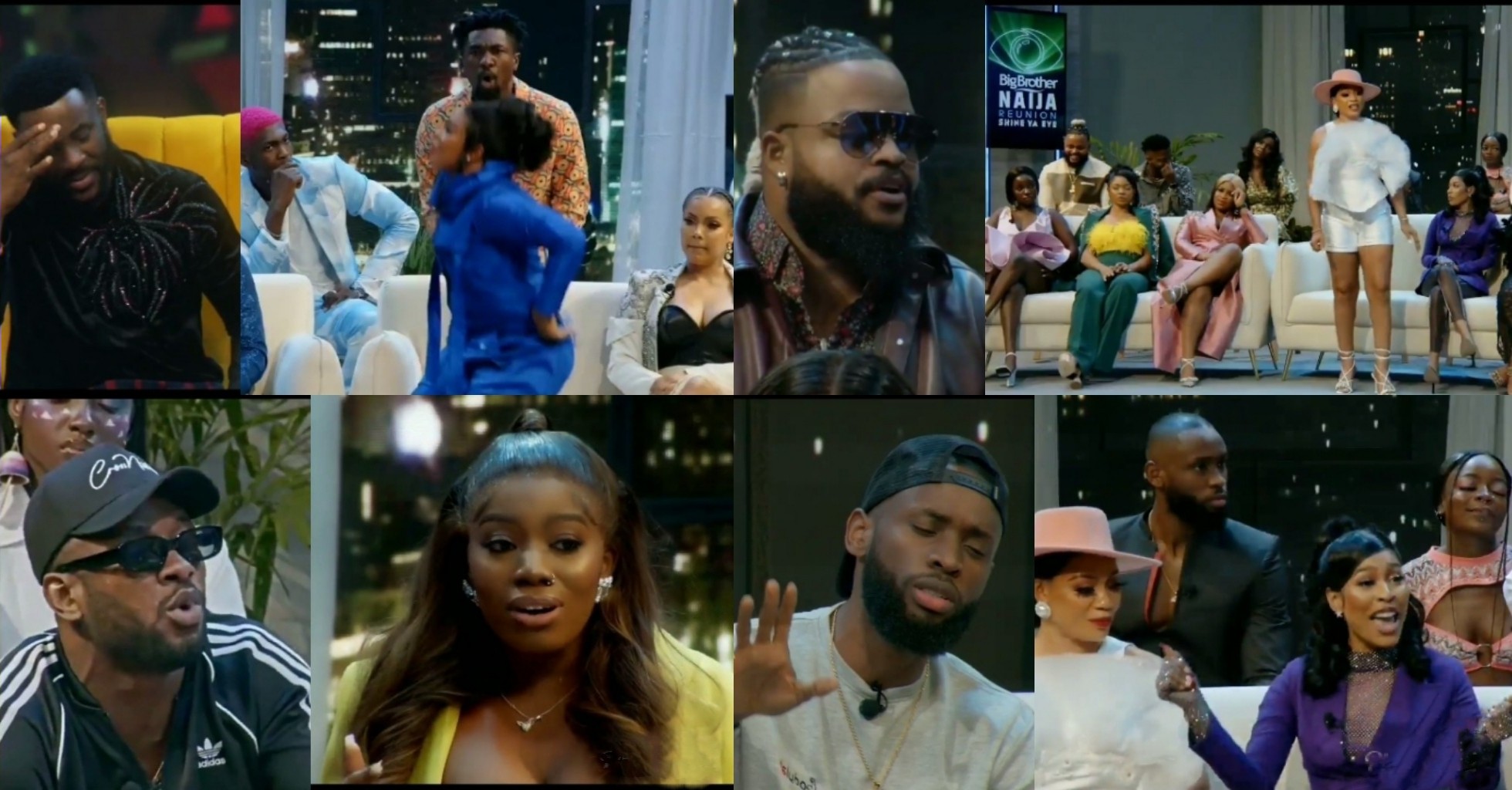 A new trailer of the Shine Ya Eye edition of the popular BBNaija Reunion show has been released and fans are more than excited.

The trailer which has sparked mixed reactions from followers of the reality show captured the moment when things heated up quickly with Beatrice and Boma over an argument.

Other parts of the trailer saw other housemates shouting at each other as the show’s host, Ebuka Obi-Uchendu, watched the drama unfold.

The Shine Ya Eye Reunion show will premiere on June 2, 2022 to DSTV and GoTV subscribers. It’s yet to be confirmed if it will hit streaming via Showmax.

News of the Reunion show followed last week’s auditions announcement for season 7. Interested participants are expected to upload a three-minute video to the Africa Magic website.