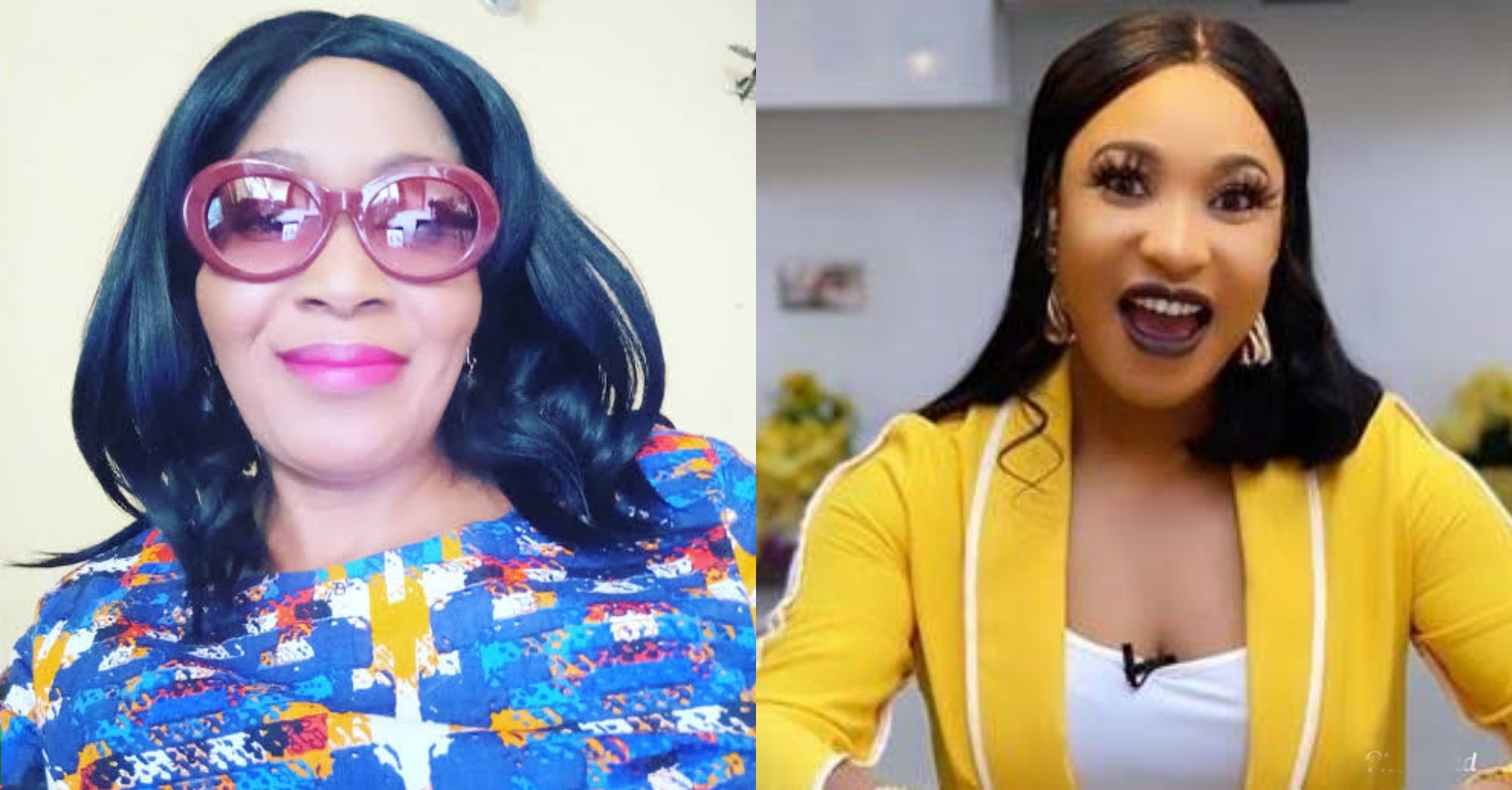 Controversial Investigative journalist, Kemi Olunloyo has given an update on her feud with actress Tonto Dikeh and her visit to Lagos.

Recall that Tonto took to her Instagram story to reveal that she has landed in the city of Lagos solely to meet up with Kemi just after she accused her of drug abuse among others.

She also urged Kemi to show up at an address and promised to deal with her bigly.

“Kemi you know I have never said a thing I can’t do. I am here to spank you thoroughly.”, Tonto stated.

Kemi Olunloyo via her Instagram page also questioned why the actress was obsessed with her.

In a new update, Kemi Olunloyo revealed that she won 5-0 because Tonto Dikeh didn’t pay her a visit.

Kemi Olunloyo wrote, “Radio without battery. Tonto Dikeh did not show up. Who leaves a young boy at home to travel to Lagos from Abuja to “beat” a veteran journalist? Nothing but clout!! Heal yourself”. 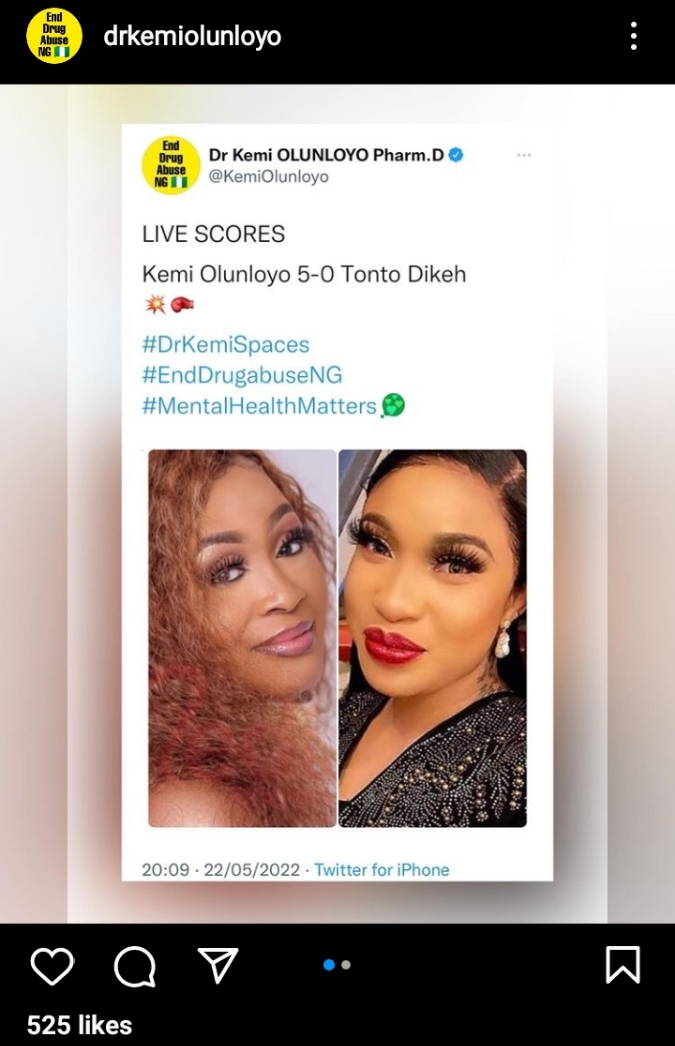 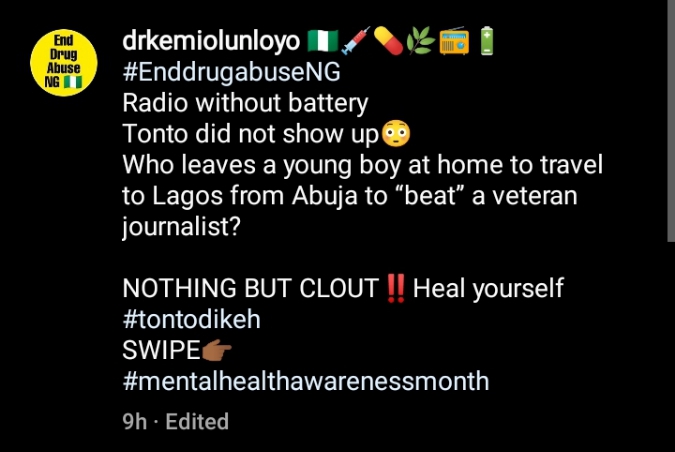