The superstar disclosed this on his official Instagram stories on Sunday night, May 22, 2022, while sharing an appreciation note for everyone who supported the creation of the album.

Wizkid also hinted at having a special show for the upcoming album, MLLE. He added that he made the project with a lot of love.

“I finished my album days ago! See you soon!! Love you all for real #MLLE,” he revealed.

“Special thanks to everyone that helped me put this together. Y’all got a special place in my heart. #MLLE,” he shared, adding that “I made this one with a lot of love. Opoju!! (It’s plenty) #MLLE.”

Giving a clue at having a special show for the album, Wizkid said; “#MLLE LA Special show.”

‘More Love, Less Ego’ compilation will serve as a follow-up to the ‘Ojuelegba’ crooner’s highly successful album, ‘Made In Lagos (MIL)’ which was released in 2020.

Nigeria is strong on entertainment, particularly…

Listen To Davido’s Duet With DaBaby On ‘Showing…

The MIL album scored Wizkid many international recognitions like the ‘Album Of The Year’ at the African Entertainment Awards USA in 2021, a nomination at the 64th Annual Grammy Awards for ‘Best Global Music Album,’ nomination for the ‘Rest of Africa Award’ at the 27th South African Music Awards, and many others. 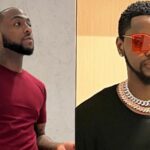 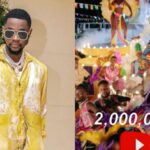 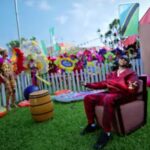 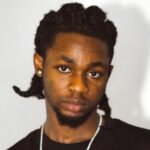