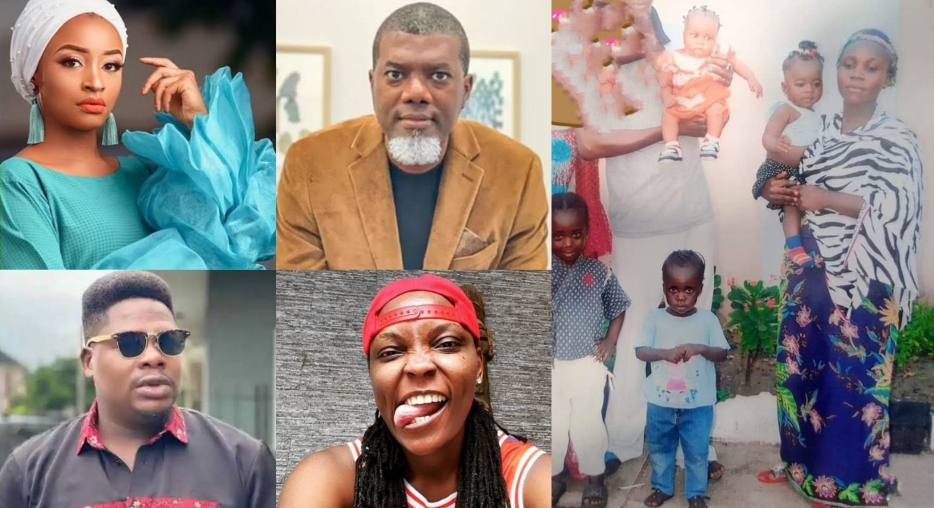 Nigerian Celebrities have condemned the killing of a woman identified as Fatima, her four children and six others in Anambra State.

Reports had emerged barely two days ago that a group of gunmen killed at least seven persons in different parts of Anambra.

The gunmen reportedly killed a mother and four of her children at Isulo village in Orumba North Local Government Area and killed another man in Nanka in the same local council.

WITHIN NIGERIA understands that the deceased identified simply as Fatima was pregnant.

Her killing has since generated reactions on and off social media as Nigerians register their concerns.

Celebrities like Rahama Sadau, Mr Macaroni, Reno Omokri and DJ Switch took to their verified pages on Twitter and expressed their disgust over mindless killings as well as demand action from the Nigerian authorities. 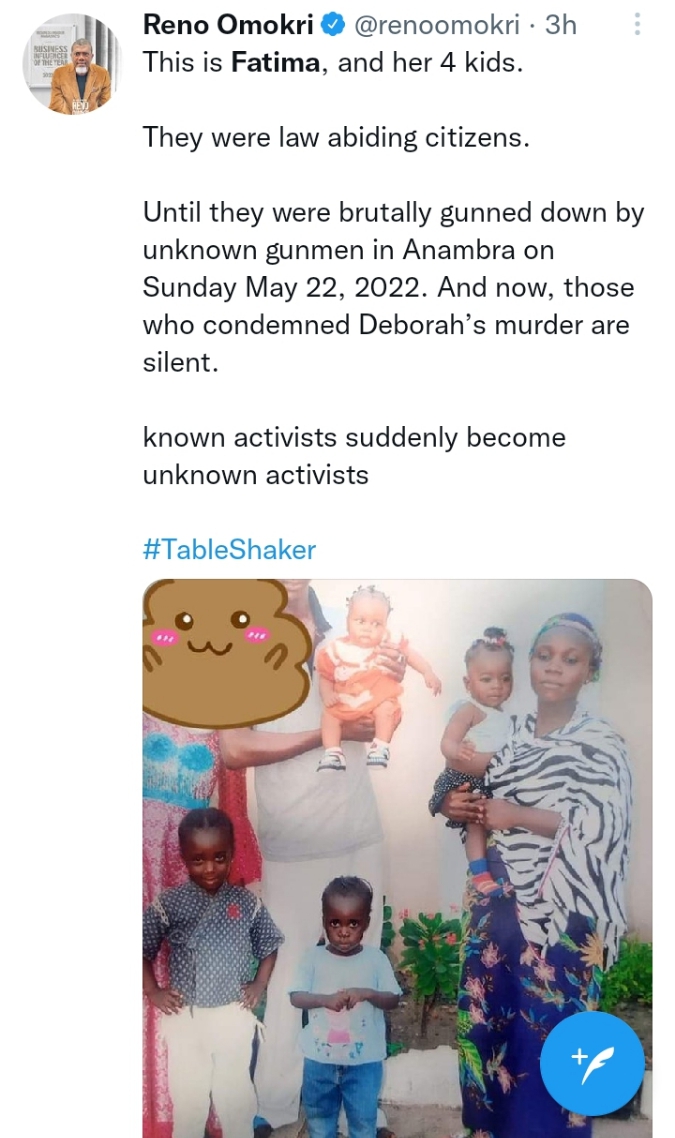 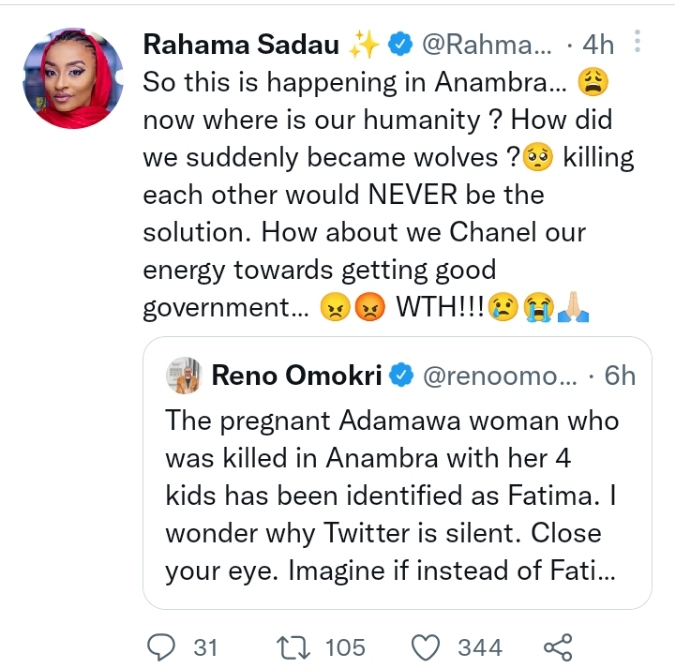 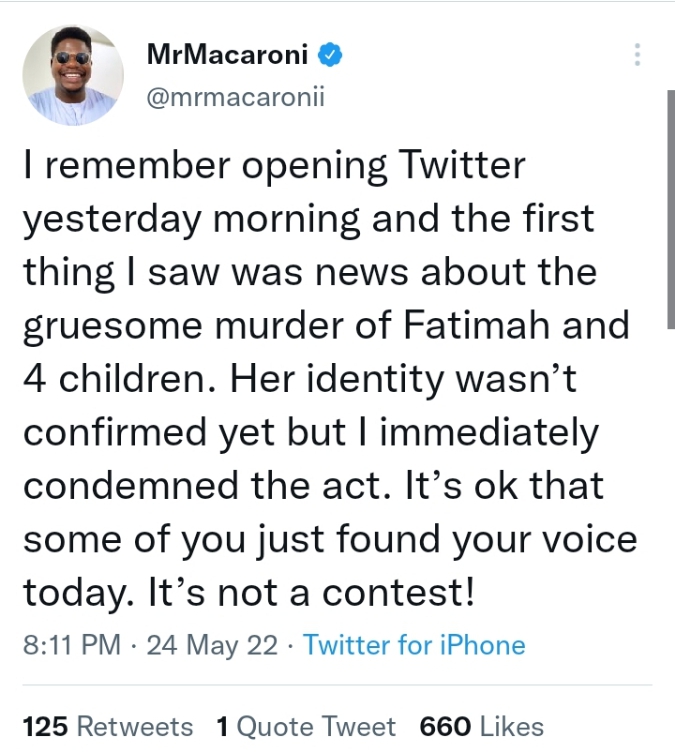 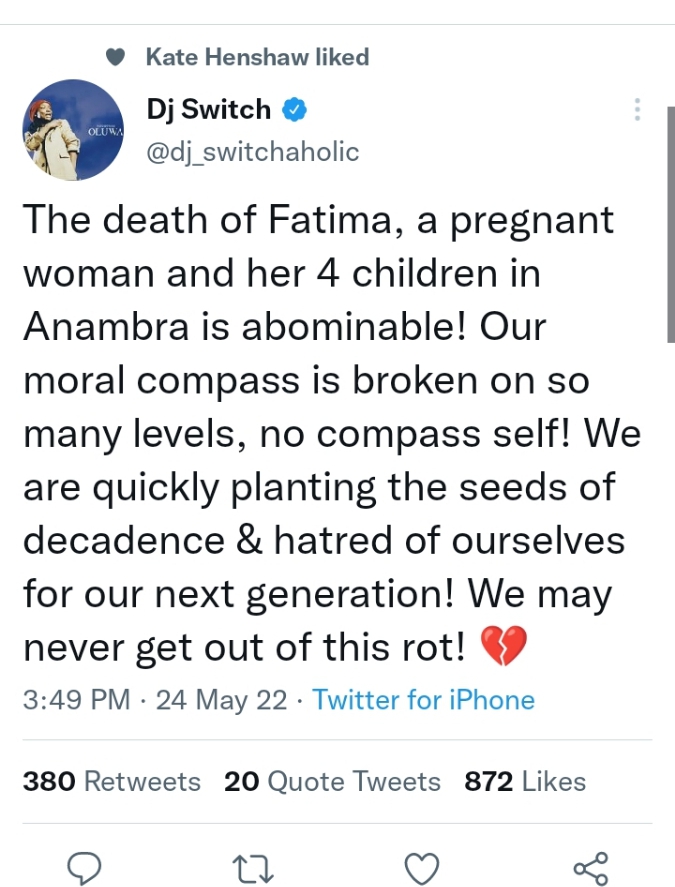