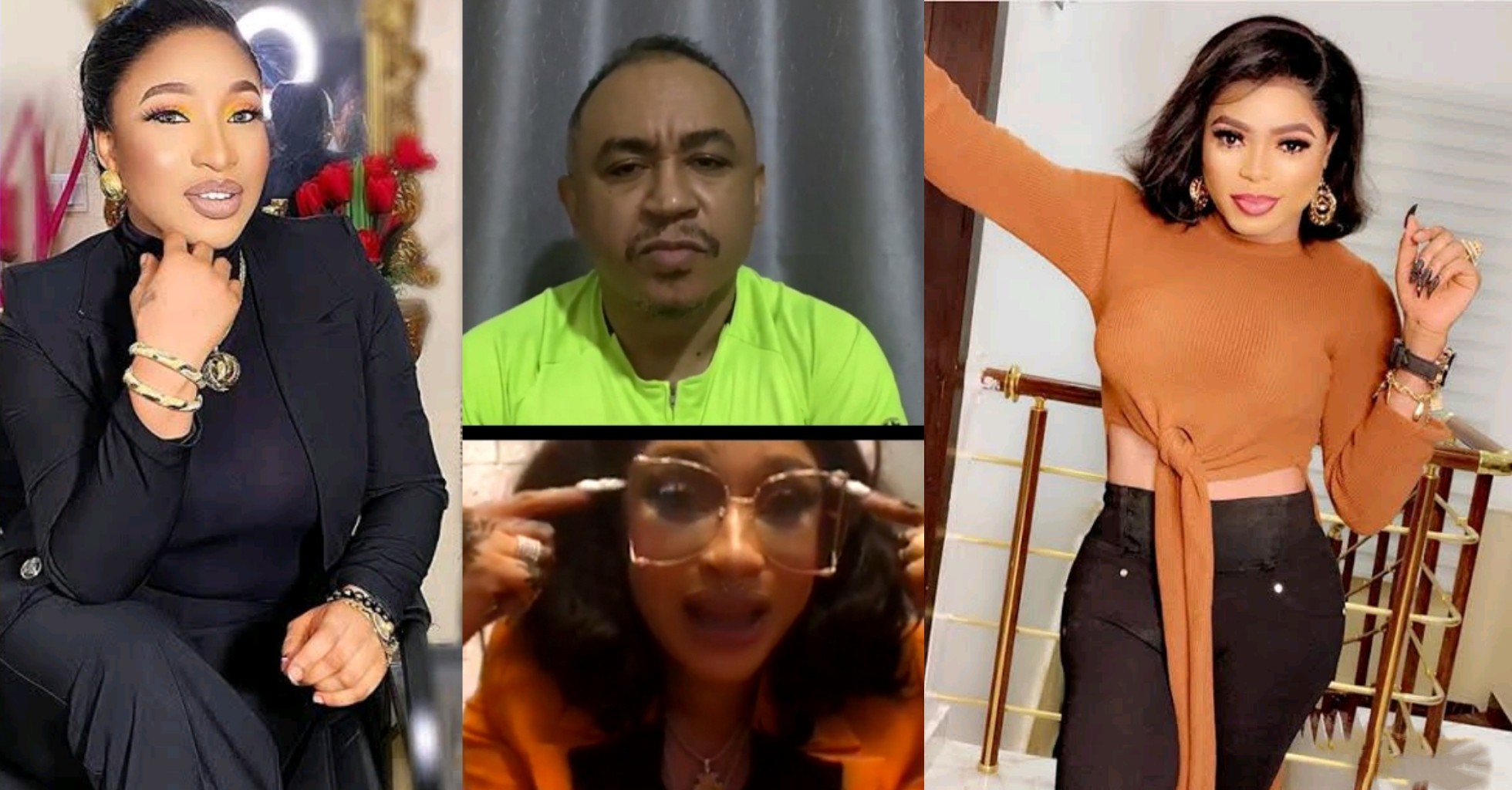 Nollywood actress, Tonto Dikeh, has hit back at his former bestie, Bobrisky who alleged that she was arrested in Dubai for smoking weed.

Just recently, Bobrisky claimed Tonto was arrested in Dubai for smoking weed but he used his influence to ensure her release.

In a live Instagram session with Daddy Freeze, The movie star slammed the Crossdresser for being an illiterate who doesn’t know that smoking weed in Dubai is a 4-6 years jail term offence no matter who you are.

Tonto also emphasised the need to get rid of Bobrisky in her life as she begins her political career.

The Actress said her next level in life is in politics and she does not want to have any thing to do with Bobrisky as the issues she has had with him is affecting her.

According to her, she feels ‘dirty’ to be connected to Bobrisky and she wish this will be the last time she speaks about him because talking about the cross dresser is disgusting and irritating and it makes her want to peel off her skin.

Tonto added that, in order to move on with her political career, there is a need to end all narratives that concerns Bobrisky in her life.