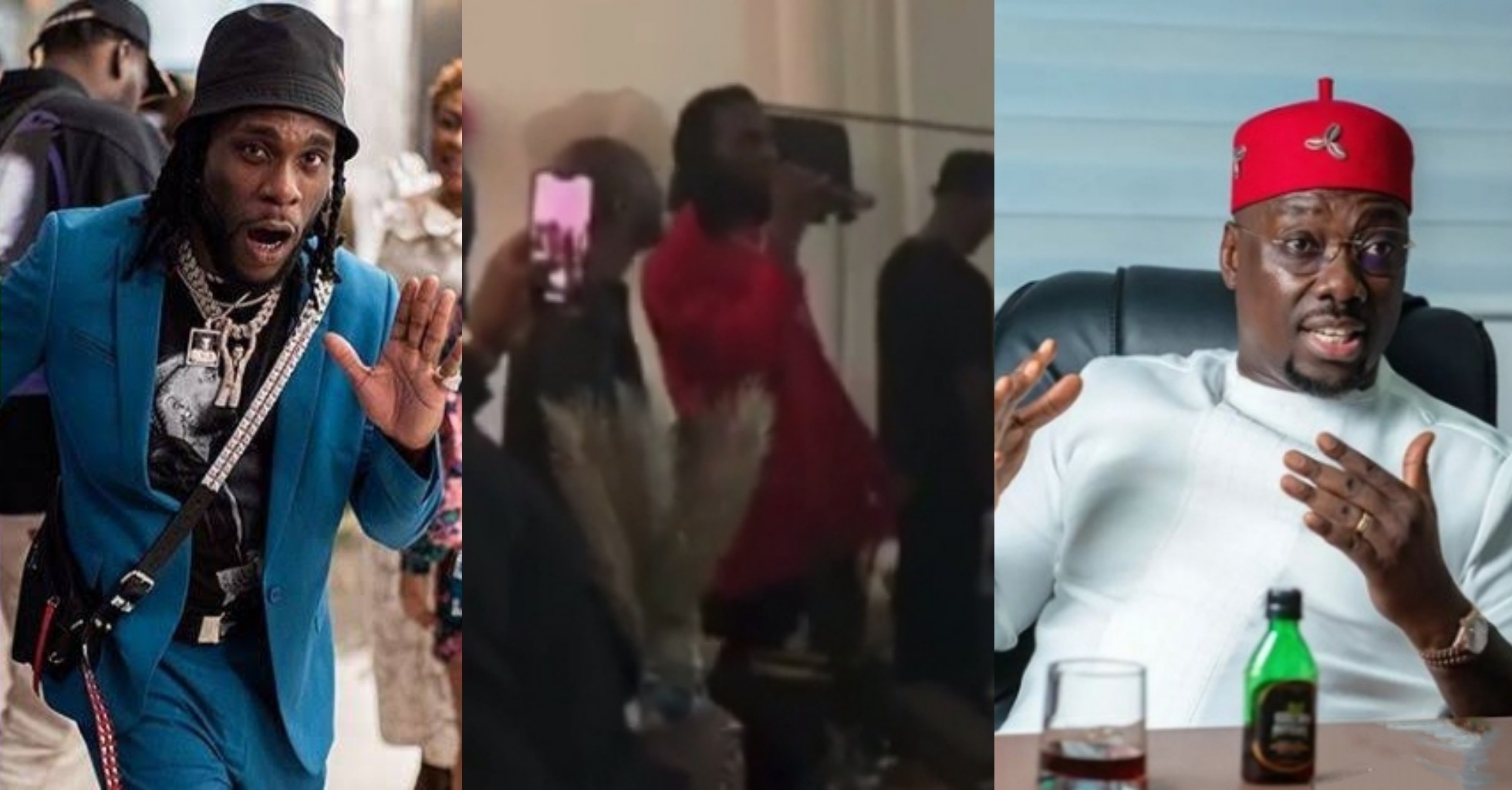 Grammy Award-Winning Superstar Burna Boy, has thrown a subtle shade at Billionaire entrepreneur, Obi Cubana for using his ‘Odogwu’ title without his consent.

In March 2022, Lagos witnessed the launch of Odogwu Bitters, the newest bitter spirit brand owned and promoted by Obi Cubana.

The official launch of the herbal drink which was held in Victoria Island, Lagos had several Odogwu bitters’ ambassadors like Zubby Michael, Portable, Broda Shaggi, Alex Ekubo, others grace the event.

Reacting, in a video making the rounds on social media, Burna Boy stated that Obi Cubana used his moniker ‘Odogwu’ for his business without paying him.

The Self acclaimed ‘African Giant’ demanded the Cubana group founder to pay him as he would send his account number.

He said in the now viral video;