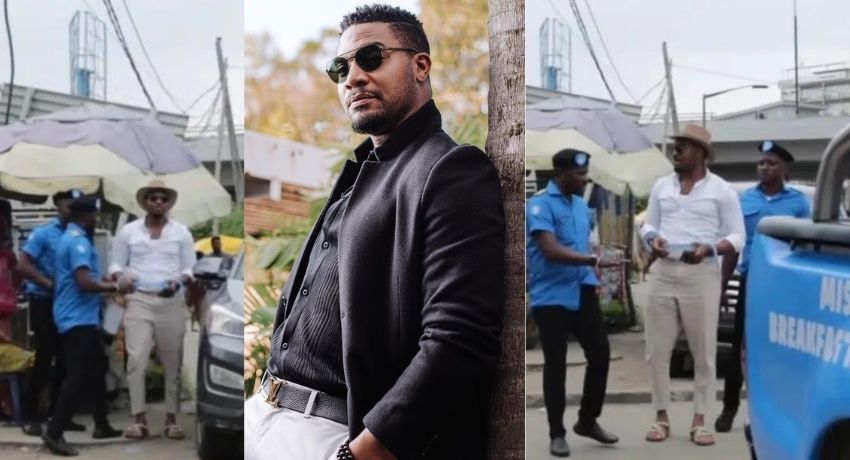 The seasoned actor who shared the arrest video on his verified Instagram page, further revealed that the arrest was the most ridiculous thing that has happened to him.

Obviously, the arrest was for cruise but he captioned the post:

“The most ridiculous thing happened to me earlier today.

I don’t even know how to channel this anger right now. I was on my way out jejely, out of nowhere some uniform men stopped me, saying they were “Breakfast Police”. They asked if I had breakfast, I said I hadn’t. They didn’t even allow me talk. They just arrested me. Abeg my fellow Nigerians, which one is Breakfast Police again #MissingbreakfastIsACrime #BreakfastPolice.”

WITHIN NIGERIA had earlier reported that, Kunle Remi and his colleague, Bimbo Ademoye tease fans with their couple goals post on social media and this had led to many of their fans concluding that they must be dating to have such a strong chemistry.

However, in a recent interview, KunleRemi while describing his experience of working with Bimbo Ademoye on set of a yet to be released project ‘Anikulapo’, said the actress is just a friend and colleague.

Talking about roles; KunleRemi further stated that his looks is the reason he has been getting roles of romance and lover boy. Read what he had to say here