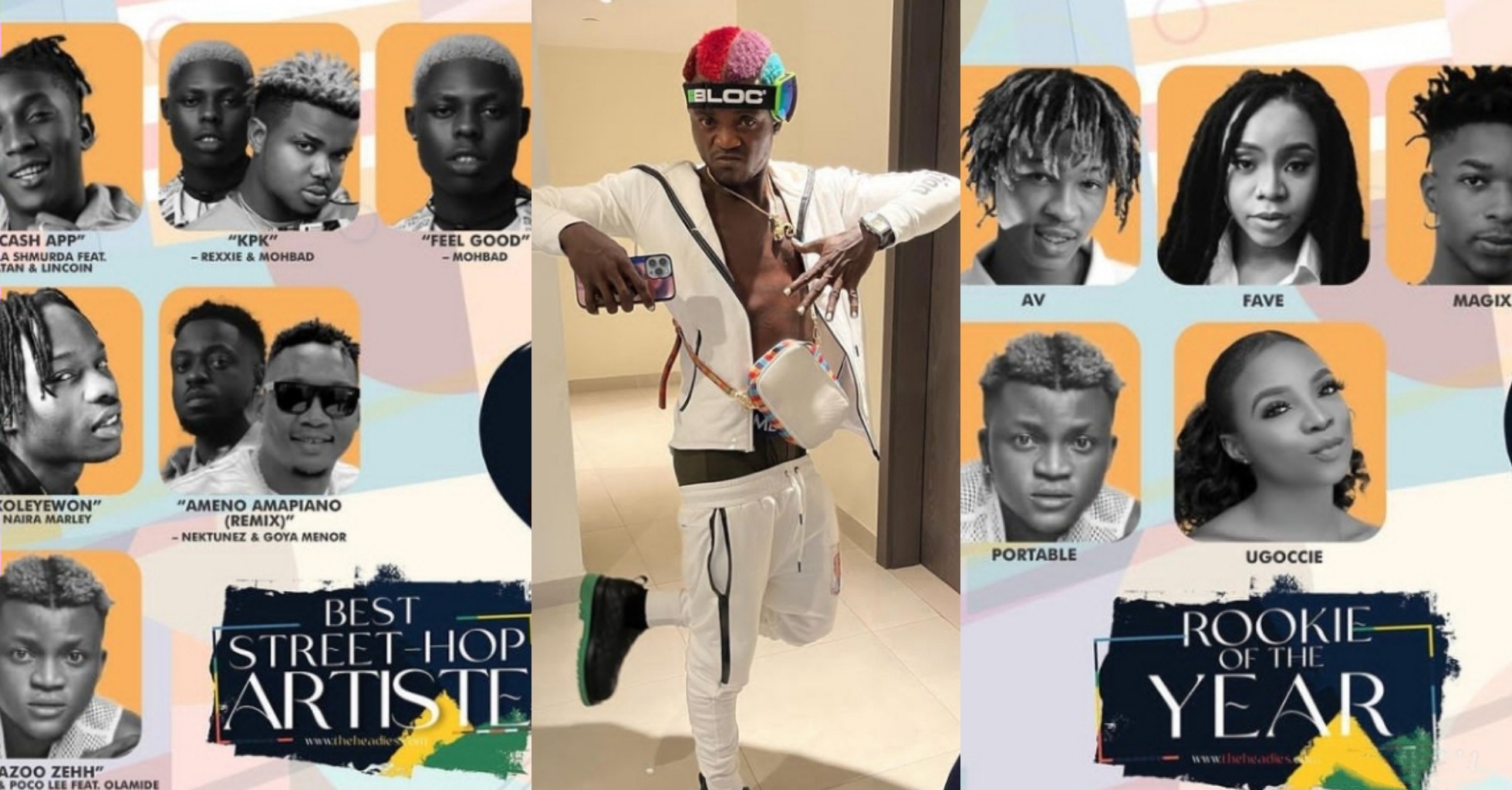 The organizers of the Headies, a popular music awards show, has threatened to disqualify Portable following his death threat to co-nominees of its 2022 edition.

In a video now circulating on social media, the street pop act sat shirtless in a car while explaining in Yoruba why he deserved to win over the other nominees.

According to the controversial artist, his single ‘Zazuu Zeh’ is far popular than other songs on the list. Portable also claimed to be more widely known on the street compared to his fellow nominees.

He went on further to say that should he fail to win, he will kill whoever pips him to the awards.

Reacting via its official Instagram page, The Headies said it might be forced to disqualify the singer if he fails to retract his statement and issue an apology on his social media pages.

“We have notified the Nigerian police of Mr. Okokiola’s actions to fellow nominees,” the organisers stated.

“Also, demand for the immediate retraction of the video as well as a written apology to nominees in both categories and to The Headies has been made.

“Should Mr. Okikiola fail to meet our demands, we will not only disqualify him from participating in The Headies but also enforce the instrumentality of the law.

“The general public are hereby implored to disregard the video and stop the dissemination of same in the public space.” 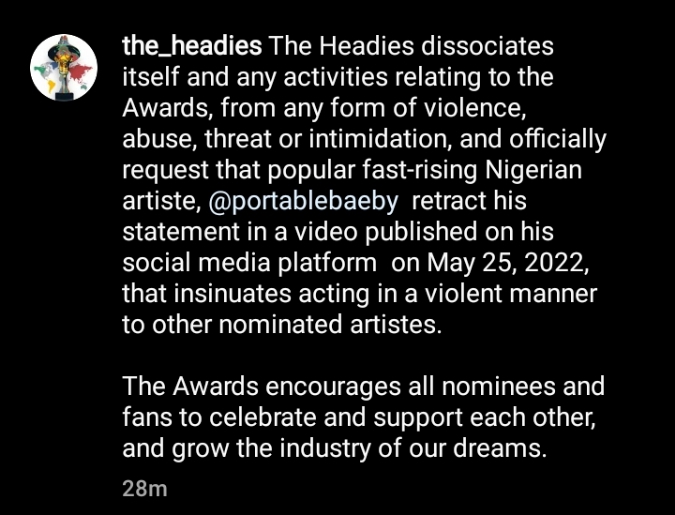 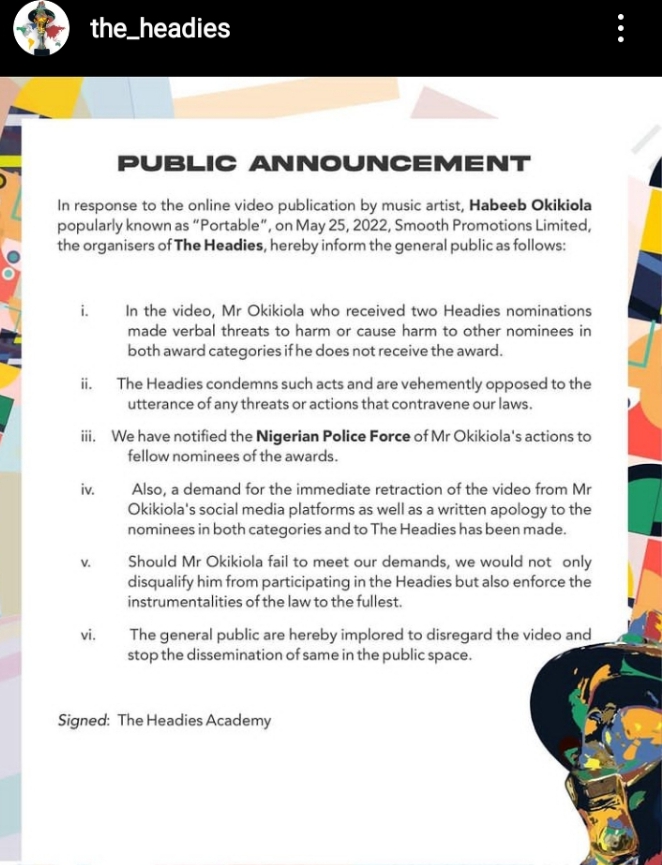 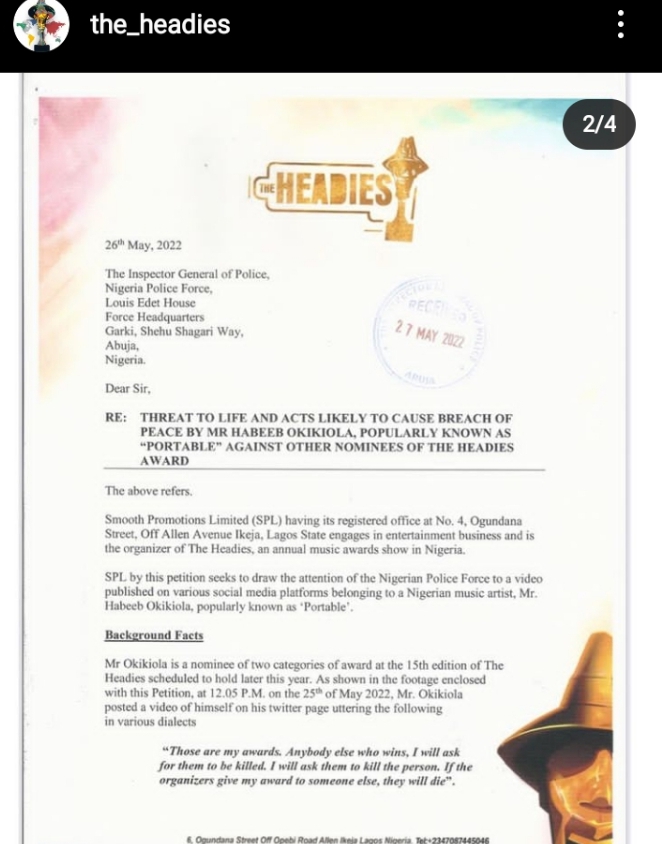 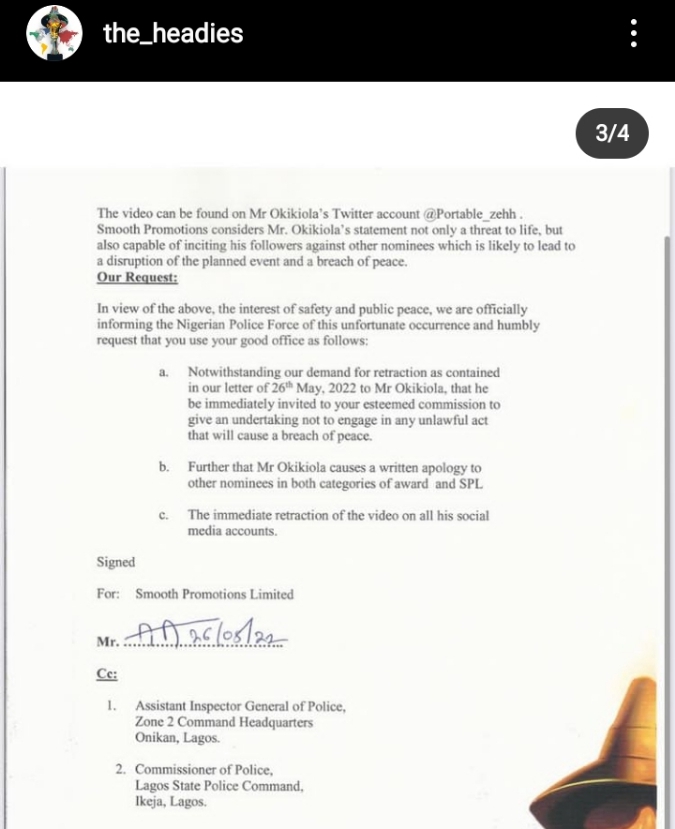 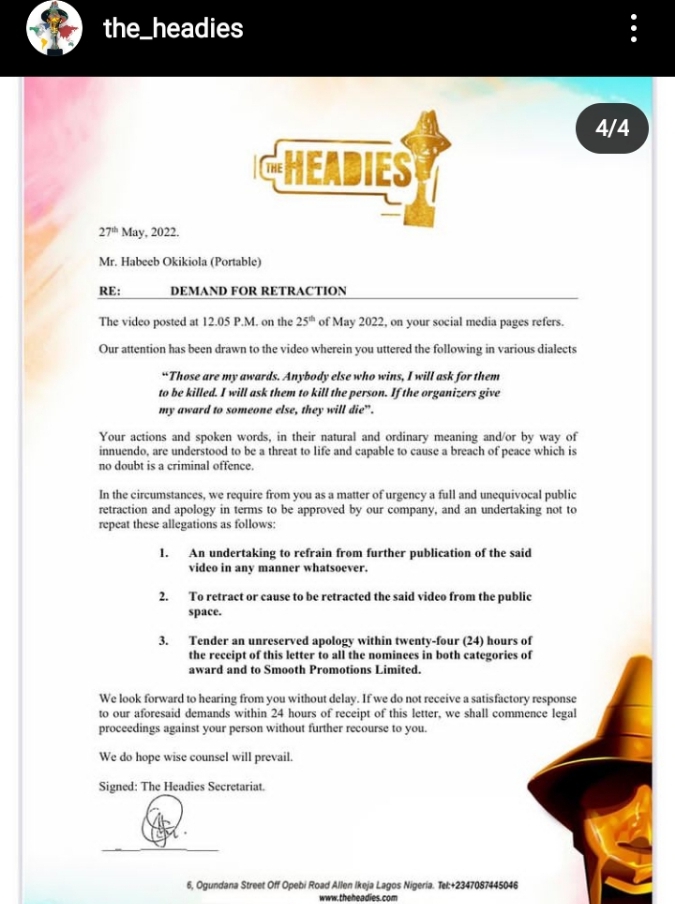 The Headies unveiled the nominees for its 2022 edition on Tuesday.

Portable was nominated to vie in the ‘Rookie of the Year’ and ‘Best Street-Hop Artiste’ categories.

In the ‘Rookie of the Year’ category, he is expected to compete with Av, Fave, Magixx, and Ugoccie.

For the second category, he is pitted against Bella Shmurda, Mohbad, Naira Marley, and Goya Menor among others.