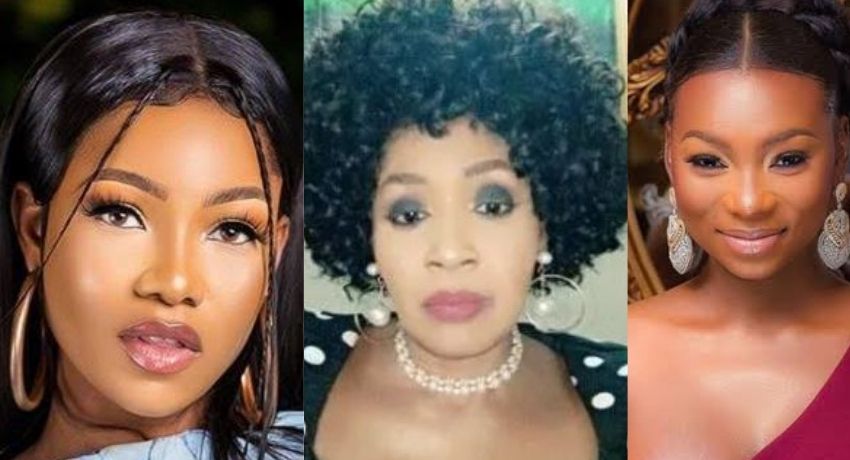 Kemi is back to trolling Tacha, this time over an ‘unpaid debt’.
Self-acclaimed investigative journalist, Kemi Olunloyo has made a mockery of former Big Brother Naija ‘pepper dem’ housemate, Tacha Akide after aphrodisiac dealer, Hauwa Saidu Mohammed better known as Jaruma called her out for unpaid debt.

Jaruma had earlier called out those she had helped in the past to help her out presently.

The Aphrodisiac dealer who is no doubt going through tough times and has had poor sales called out talent manager, Ubi Franklin, BBNaija’s reality stars, Tacha, Ella, Esther and others to help her with finances.

According to her, she was there when they needed help and at such they should reciprocate her kind act.

Jaruma told them to return the exact amount of money she invested on them. She wrote:

“Jaruma was there for u when u needed money. Jaruma was good to u. Jaruma helped u. Can u now do the same for Jaruma? Please, I need u now… Pls return my N500,000”.

Jaruma in a follow up post stated that she didn’t loan them money rather they begged her for money and she helped them.

Kemi Olunloyo who has never been a fan of Tacha Akide, seized the opportunity to diss her. She called out Tacha and her fans, The Titans for always begging from others.

“Jaruma said she didn’t loan anybody money and they all BEGGED HER for money. She even said Tacha is good at begging #RIPTacha. The BIGGEST debtor N2.7M Lagos and fake life”.