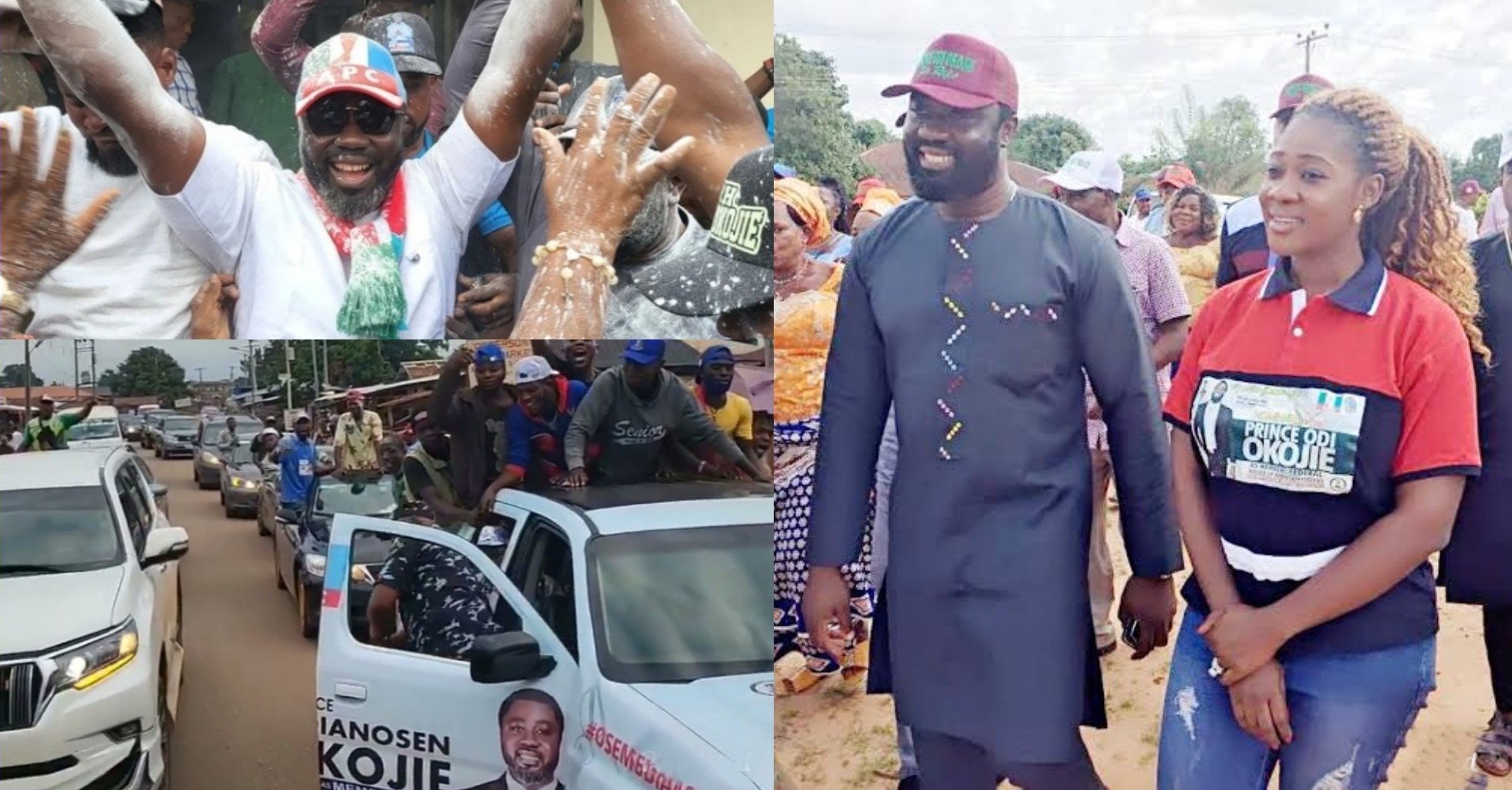 In March 2022, Prince Odi Okojie declared his political ambition as he hopes to join the House of Representatives in 2023.

Few hours ago, Okojie took to his social media page and announced his victory. He thanked his wife, family, friends, and well-wishers for their support.

Prince also shared a video that captured the celebratory mood in the city where they are at the moment as his supporters storm out in a convoy of cars.

The 48-year-old politician added that his team will tour all the wards of the constituency and meet with stakeholders in the coming days. 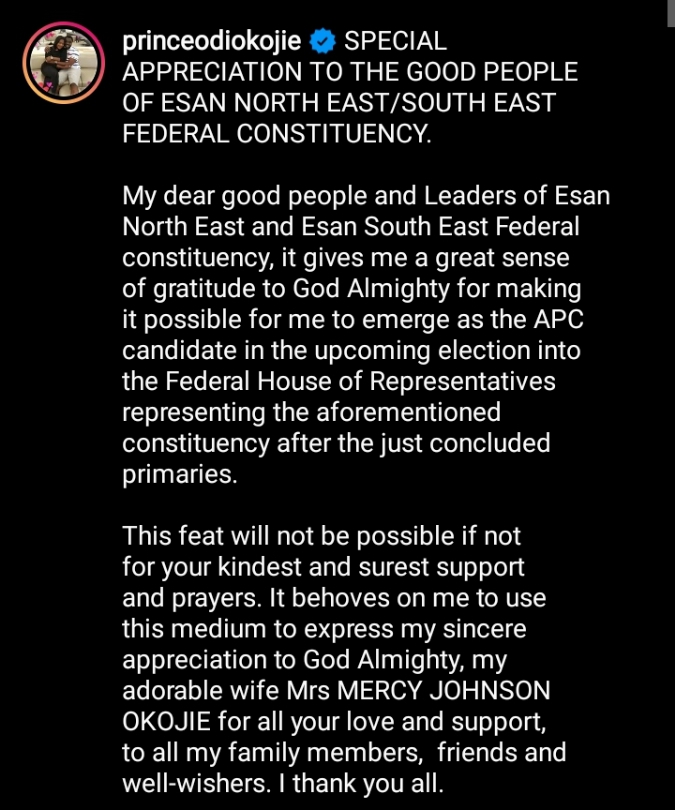 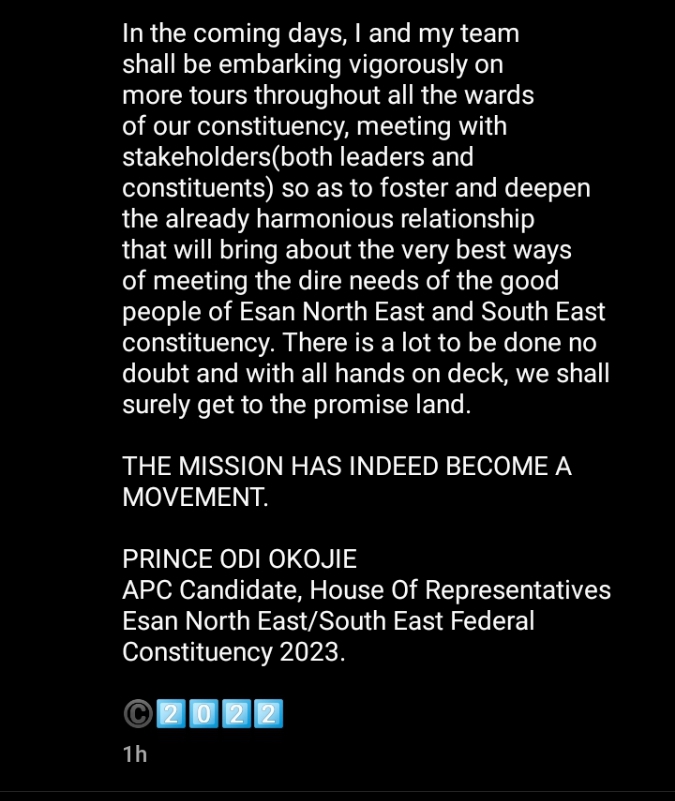 Fans and wife, Mercy Johnson were seen in the comment section congratulating Prince Okojie as they expressed their excitement. 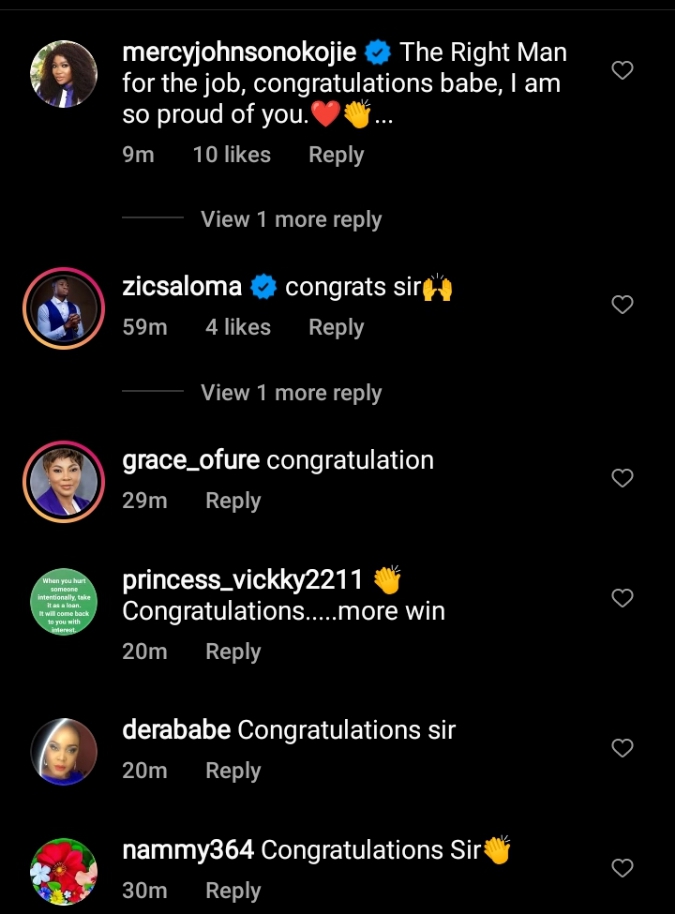