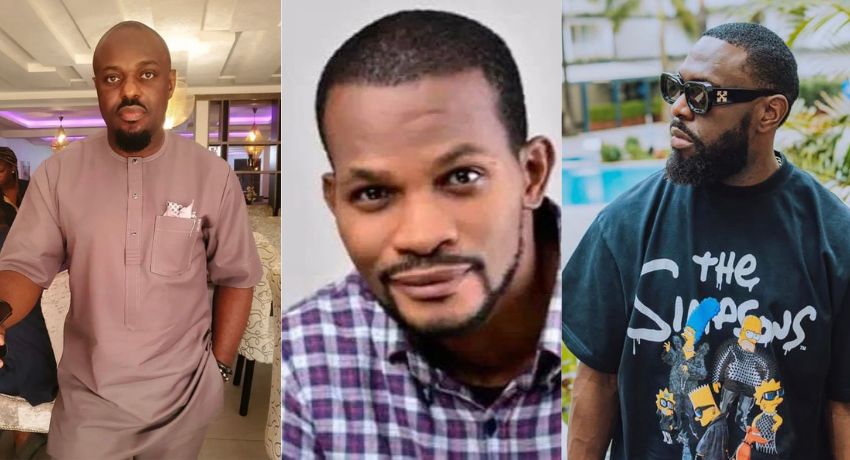 Uche has been warned sternly by his fans to leave Timaya alone because he advised the singer.

Barely a few hours after he announced that he had dumped all his ‘gal friends‘ in other to purchase a Ferari 458 Iconic car, Timaya had revealed why he might never get married.

The singer who already has four children from three different women disclosed that he might never tie the knot with anyone because Jesus Christ never married any woman and he (Timaya) is ‘Christ-like’. He tweeted:

Reacting to his statement, Uche Maduagwu advised him to apologise to his ex-girlfriend, Empress Njamah with a car gift.

Uche Maduagwu avowed that if the singer hopes to get married, he has to apologise to his ex. He wrote:

“God gave you Empress back then but you allowed her friend scatter Jesus plan for you na, your matter have tired Jehovah. If u wan smell marriage go apologize to Empress with a car gift and please no take back the gift”.

Uche’s post has garnered a lot of mixed reactions from his fans, who warned him to leave Timaya alone. They said the singer is nothing like Jim Iyke who only pretended to beat Uche. See some comments below:

chidera625 wrote: No be Jim lyke be this o. Egberi go reset your brain oo!!!

mariaonigs wrote: u be were i [email protected] but na true o

Recall Timaya and Empress Njamah were an item in the late 2000s. They both dated in 2008 but their relationship ended in 2009 in a highly publicized bitter spat that was filled with negative press and accusations.

Their scandal made the news for years especially when Timaya retrieved his car from his ex.