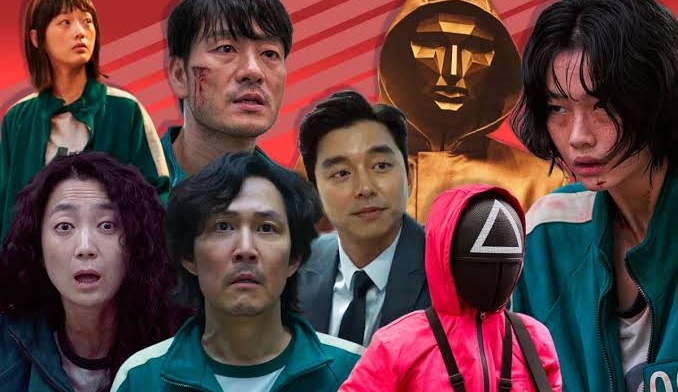 The announcement for Season 2 was made on 12 June 2022 as Netflix released a short and brief teaser was released for the same.

However, an exact date for the release of Squid Game S2 is yet to be notified.

It is expected that another season will be soon released on Netflix. Viewers can anticipate Season 2 by the end of 2023 or even the beginning of 2024.

Hwang Dong-hyuk, the creator, writer, director and executive producer of the series, said;

“It took 12 years to bring the first season of ‘Squid Game’ to life last year. But it took 12 days for ‘Squid Game’ to become the most popular Netflix series ever,” he wrote. “As the writer, director and producer of ‘Squid Game,’ a huge shout out to fans around the world. Thank you for watching and loving our show.”

Hwang revealed antagonist The Front Man (Lee Byung-hun) and protagonist Seong Gi-hun (Lee Jung-jae) would be returning. “The man in the suit with ddakji might be back,” he said, referring to the game’s recruiter (Gong Yoo).

He also revealed that the audience will meet the boyfriend of Young-hee, the enormous killer animatronic doll used in the first game of the competition, “Red Light Green Light.” The doll was modeled after Cheolsoo and Younghee — children’s characters in Korean textbooks. 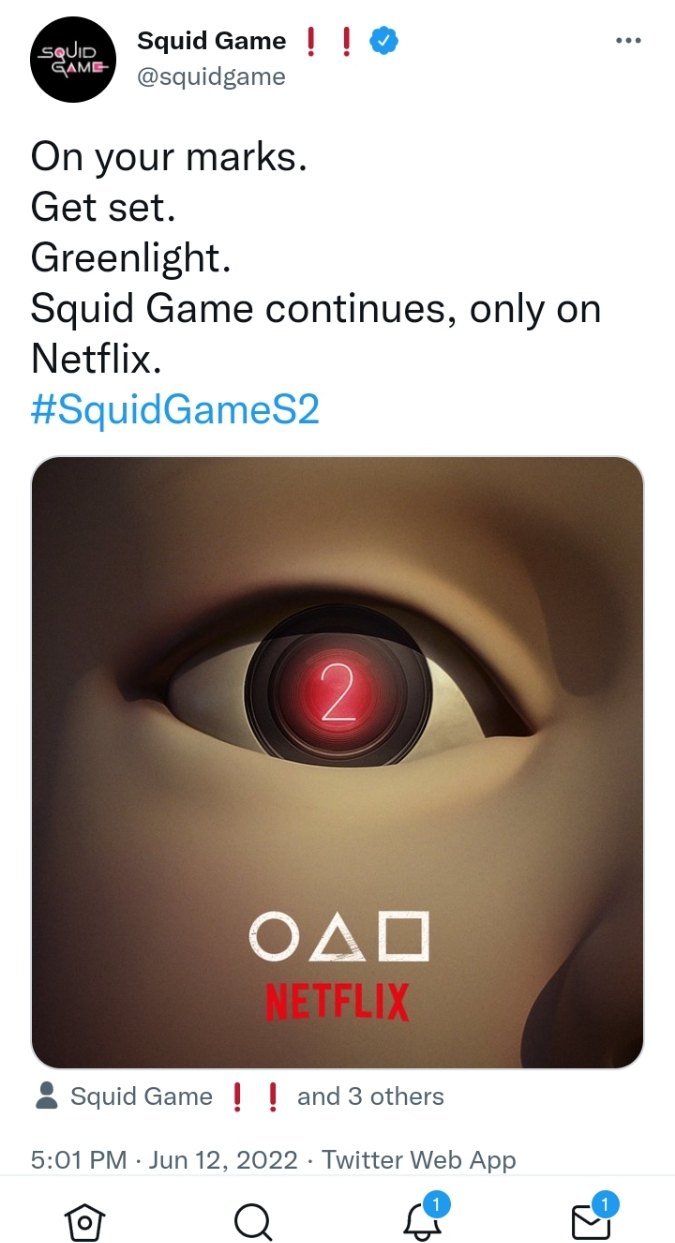 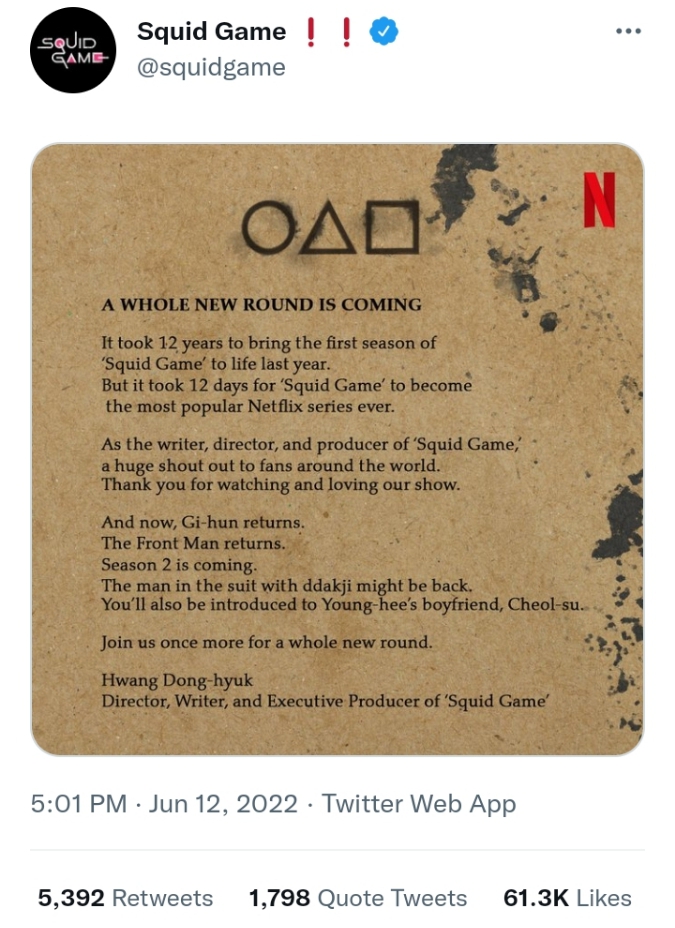