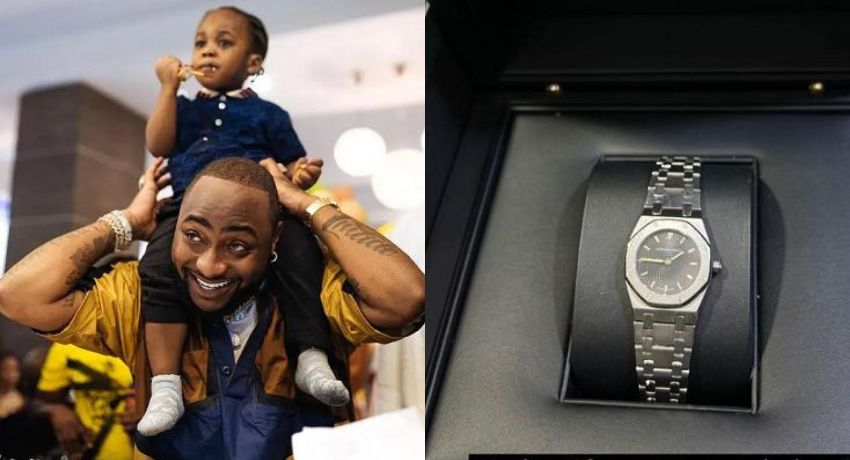 Nigerian singer, Davido has bought an Audemars Piguet watch said to be worth about $320k, for his two-year-old son, Ifeanyi Adeleke.

The proud father, who is currently on tour in the US, took to his Instagram stories to show off the luxury timepiece. He also claimed that his son is now the youngest boy to own an AP luxury watch.

Recall that the singer had months ago, declared his baby, Adeleke an automatic billionaire, which goes without saying since his Dad is an extremely wealthy man and the Adeleke family, by extension, is extremely rich. 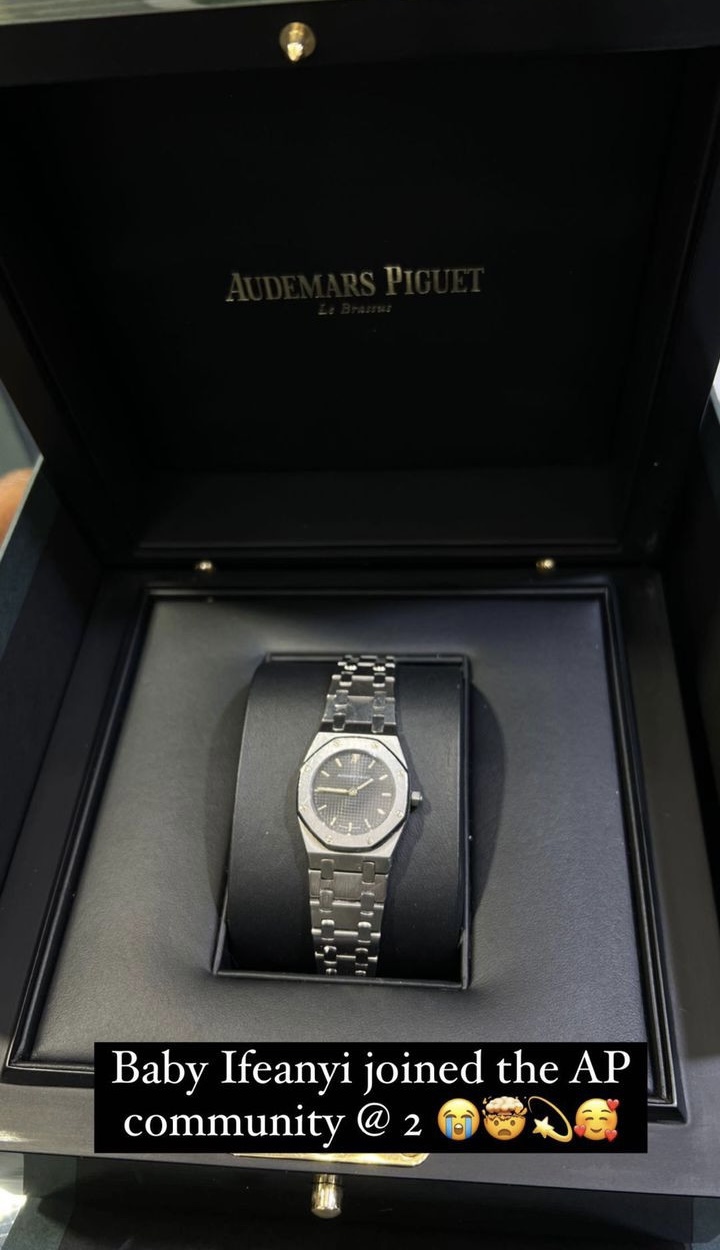 In other news, Nollywood actor Uche Maduagwu has faulted Ebuka Obi-Uchendu for what he called Tega Dominic’s ‘mistake’ with Boma in the Big Brother Naija house. Uche said Ebuka is at fault for permitting the organizers of the show to increase the air-conditioner in the house, there by making the housemates very cold.

He rebuked Tega over claims of not going into the house as a married woman, asking her to stop justifying her mistake and own up to them instead.

Tega Dominic and Boma were caught in a compromising state while in the house and she was dragged over on the gram which made her come out to apologize for her attitude even though she claimed nothing really happened between herself and Boma.

Tega Dominic speaking about her escapades with Boma during the reunion show claimed she didn’t go into the house as a married woman hence was free to do whatever she wanted to do forgetting that she said it countless times on the show that she’s married.

Uche Maduagwu reacting to her claims of not going on the show as a married woman rebuked her, while asking the reality star to stop justifying whatever she did with Boma because real women own up their mistake. Read details here