Judy Austin, the second wife of Nollywood Actor, Yul Edochie, has reacted following speculations about her expecting a second child with husband.

Yul and Judy Austin, made headlines in April after the Actor announced his marriage to the movie star.

Just recently, Controversial blogger, Cutie Julls alleged that Judy is pregnant with a second child, a year after welcoming a son for Yul in 2021.. 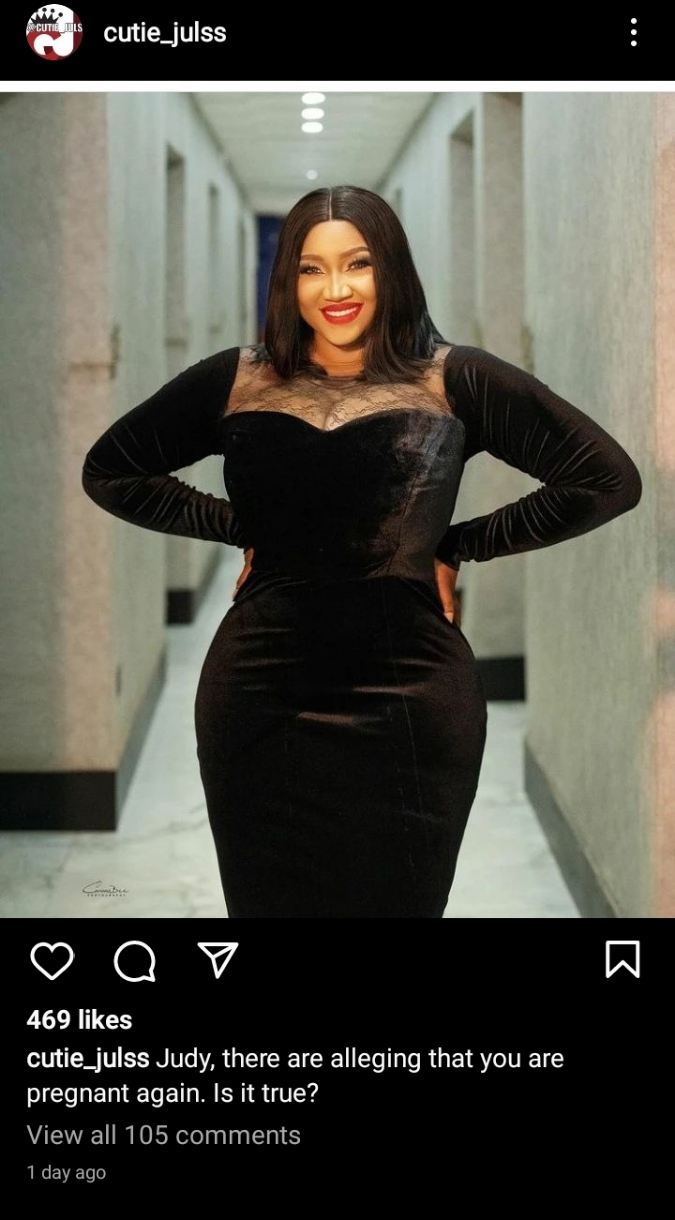 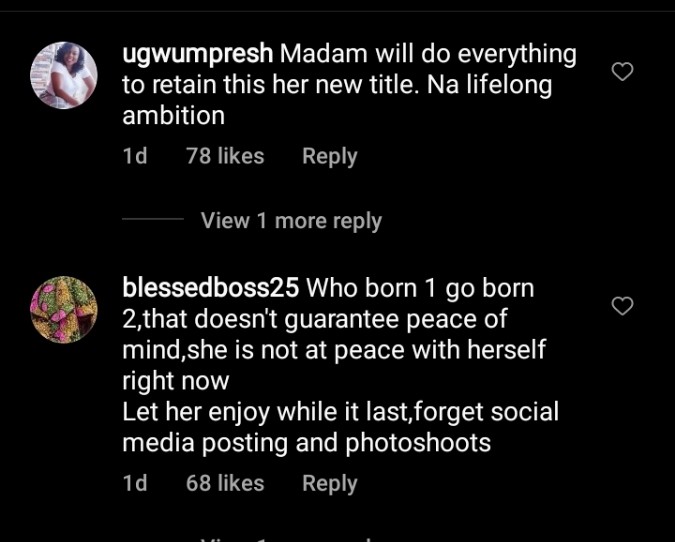 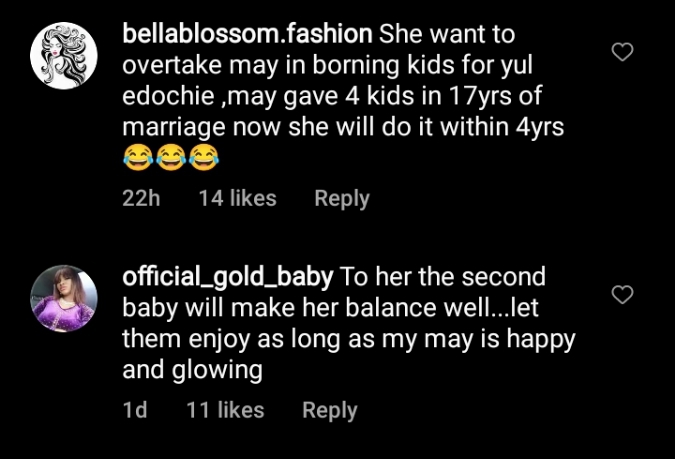 Amidst the speculations, the mother of one in an Instagram post on Tuesday, described those spreading the rumour about her as ‘frustrated and jobless’.

She wrote: “I understand that a lot of people are jobless… Meaning most people are really really angry and frustrated!! Lord fix them. Amen!!! Have a wonderful my bunnies!!!” 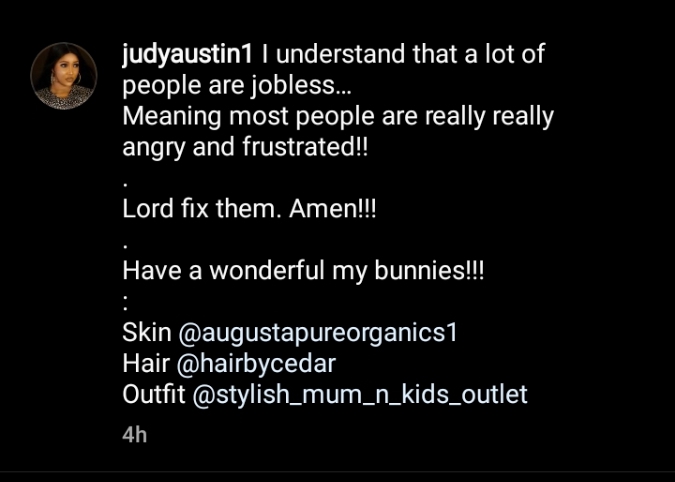