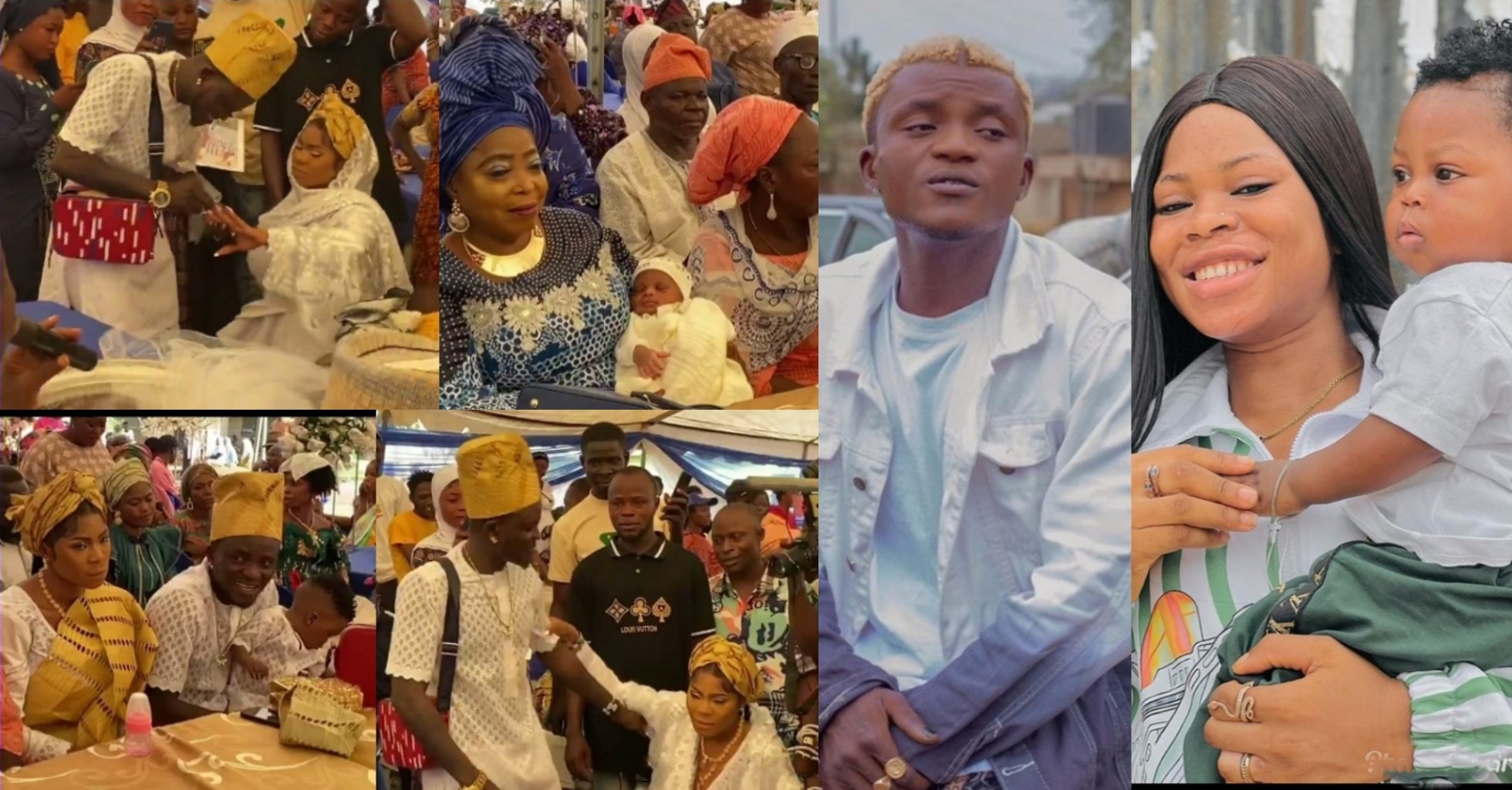 It’s a season of double celebrations for controversial singer Portable as he tied the knot with his longtime girlfriend and babymama, Omobewaji Oluwaferanmi Ewatomi during their baby’s naming ceremony.

The musician announced the arrival of the baby boy to his over one million Instagram followers last week Tuesday.

Portable christened his son, Opeyemi Oluwa. He also gave a shout-out to his babymama.

A week after his birth, the couple are currently holding his naming ceremony.

Making it a double celebration, Portable has legally joined the married club as he got wedded to his woman.

The Lovebirds wore an all white native attire as they tied the knot in Muslim way.

Portable and Ewatomi’s first child together is christened Iyanuoluwa.

In January, Portable revealed he has two kids with different women.

Last month, he also boasted that he currently has six wives and plans to have up to 12 before he clocks 40.