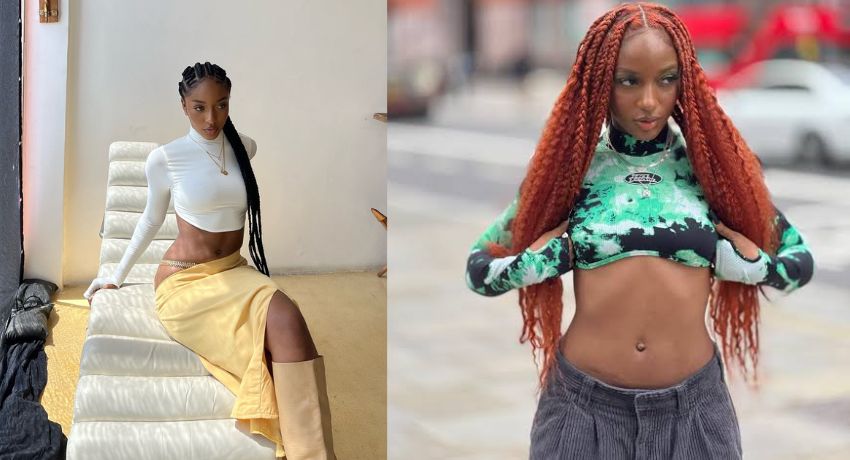 Just like your mom – Ayra Starr claps back at troll

Sensational singer, Oyinkansola Sarah Aderibigbe known professionally as Ayra Starr was dragged into an exchange with a Twitter user who called her a prostitute.

The social media user made the comment after the singer shared a new photo.

Responding to this, Starr wrote: 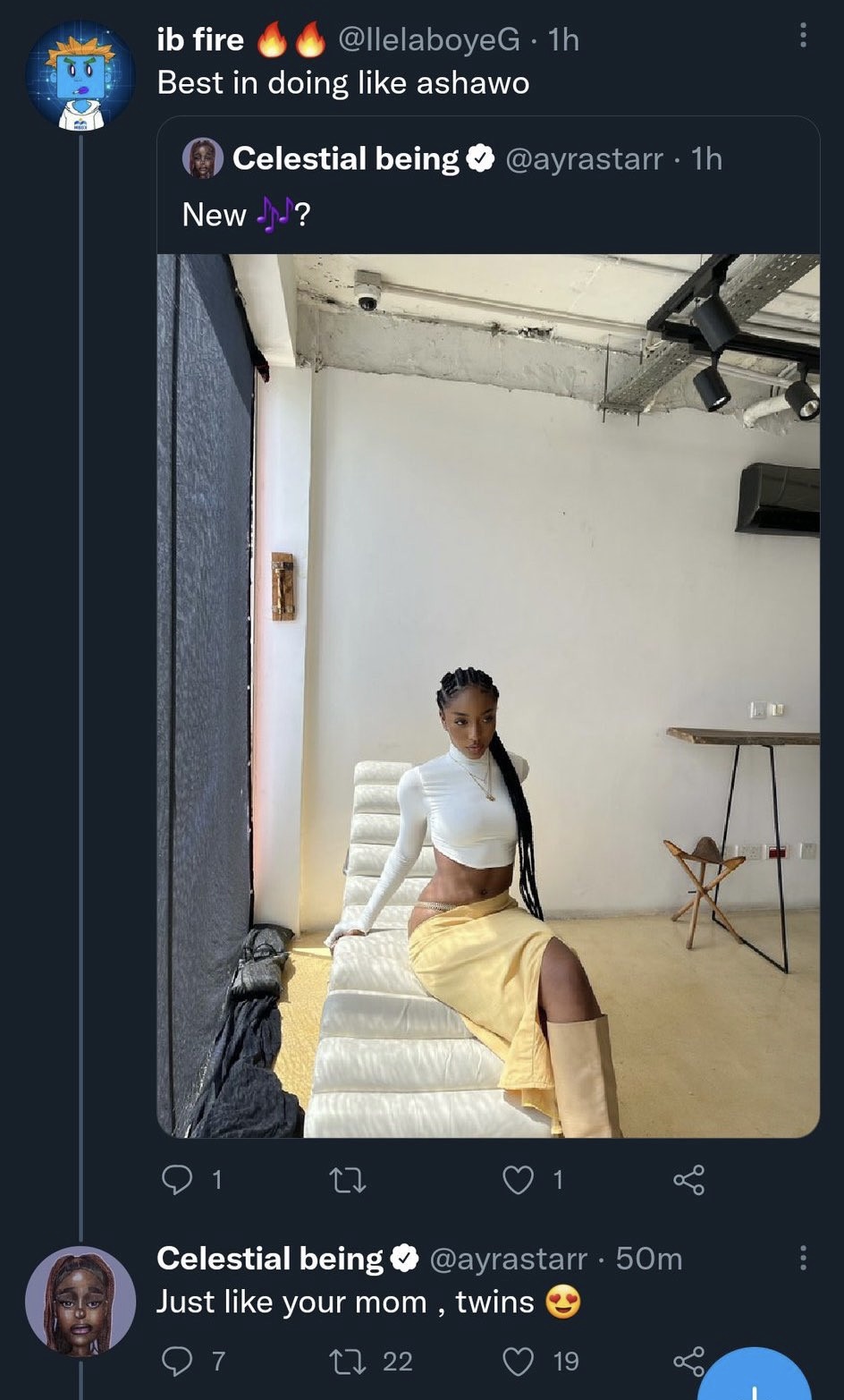 The sensational recording and performing artiste who was born in 2002 celebrated her 20th birthday on Tuesday, June 14 and her fans, followers and friends took to social media to celebrate the songstress.