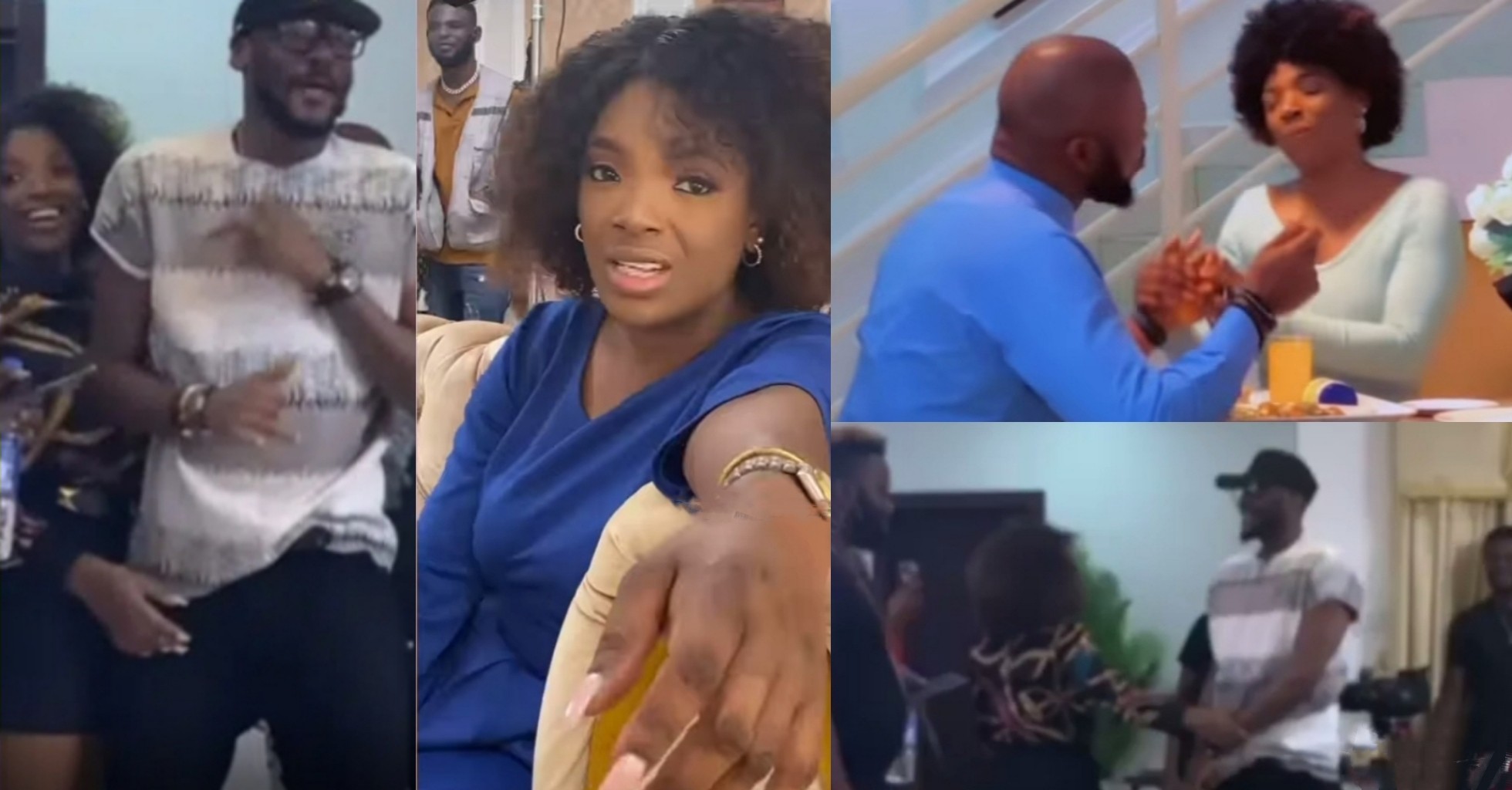 VIDEO: Annie Idibia leaps for joy as 2face surprises her on movie set with Stan Nze, others

Nollywood star, Annie Idibia could not hold back her excitement on Wednesday, June 22 over a surprise visit from her husband and singer Innocent Idibia better known as 2face.

The movie star who has been on the set of a new movie for days with actor, Stan Nze, others, shared video of 2face surprising her with his presence while filming.

In the clip uploaded on her Instagram story on Thursday, the actress could be seen beaming with joy as she held tightly to her man.

The mother of two suspended filming as she took a break to be with him.

Annie also playfully called out Stan Nze who first captured the moment, uploaded it on Instagram and tagged Annie.

She revealed that 2face came straight from his “vote not fight trip” to see her. 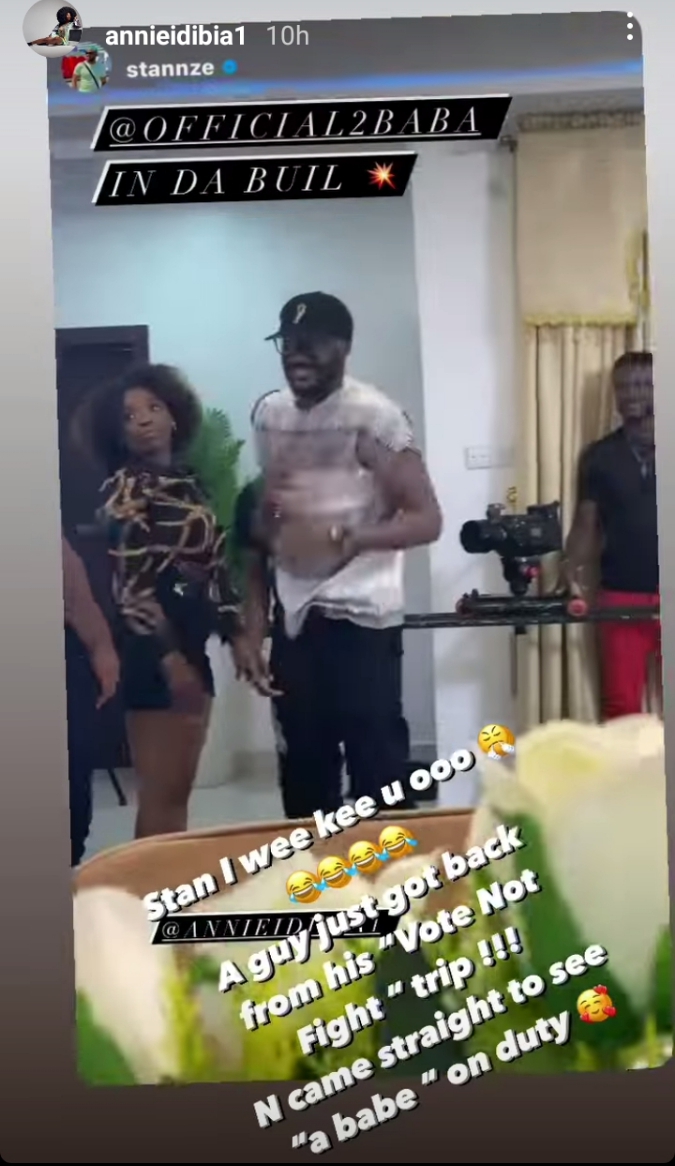