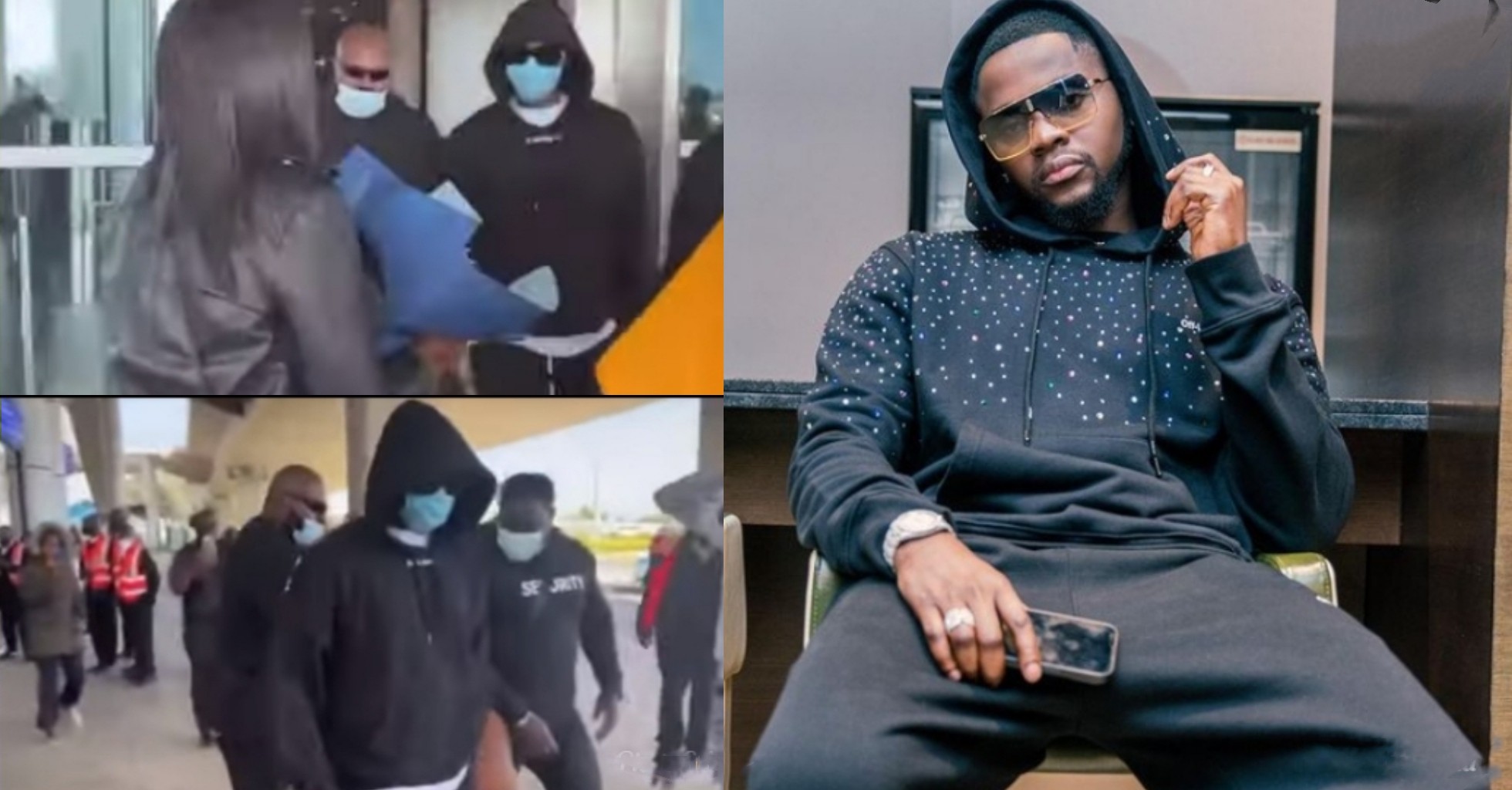 The arrival of Nigerian singer, Kizz Daniel, in Zambia has sparked mixed reactions and conclusions on social media.

In the video making the rounds on social media, the singer was approached by a lady holding a huge bouquet of flowers as he exited the airport, but he merely acknowledged her.

The ‘Buga’ Crooner‘s bodyguard did the honours of the acceptance instead.

The other parts of the video captured reporters trying to get the singer to reveal what his Zambian fans should expect from him.

His action at the airport has raised angry reactions amongst Zambian artists including his fans who are planning to boycott his show unless he tenders an apology. 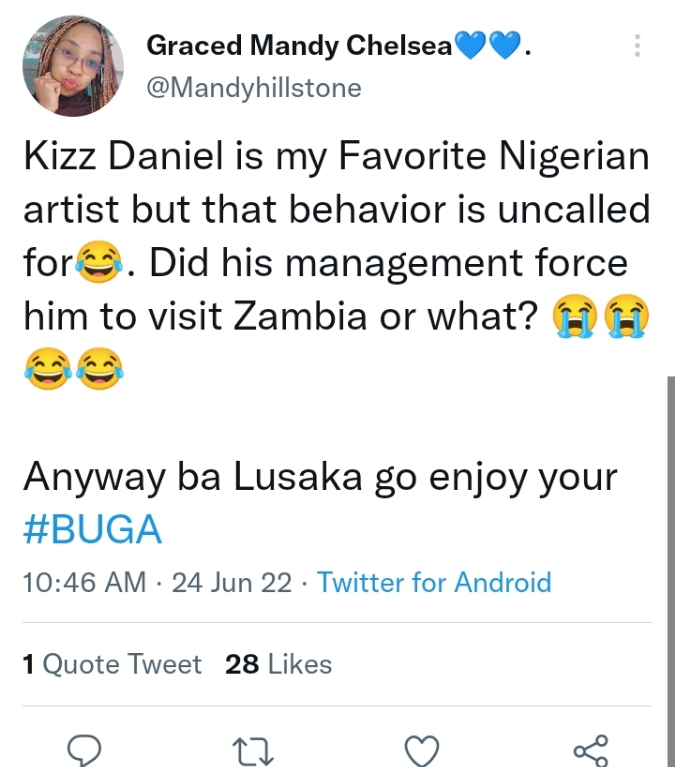 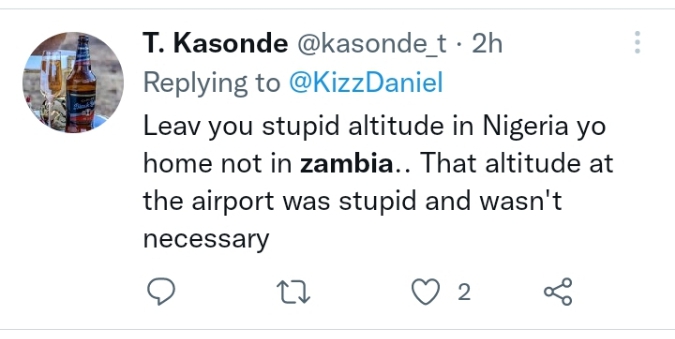 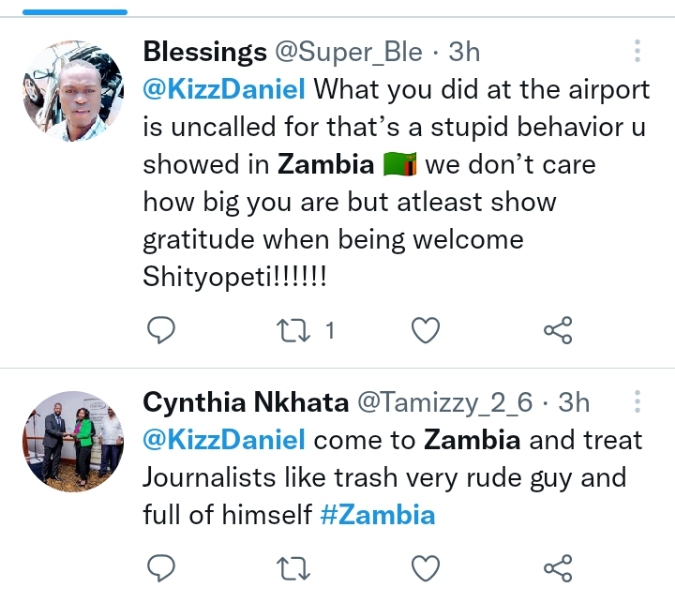