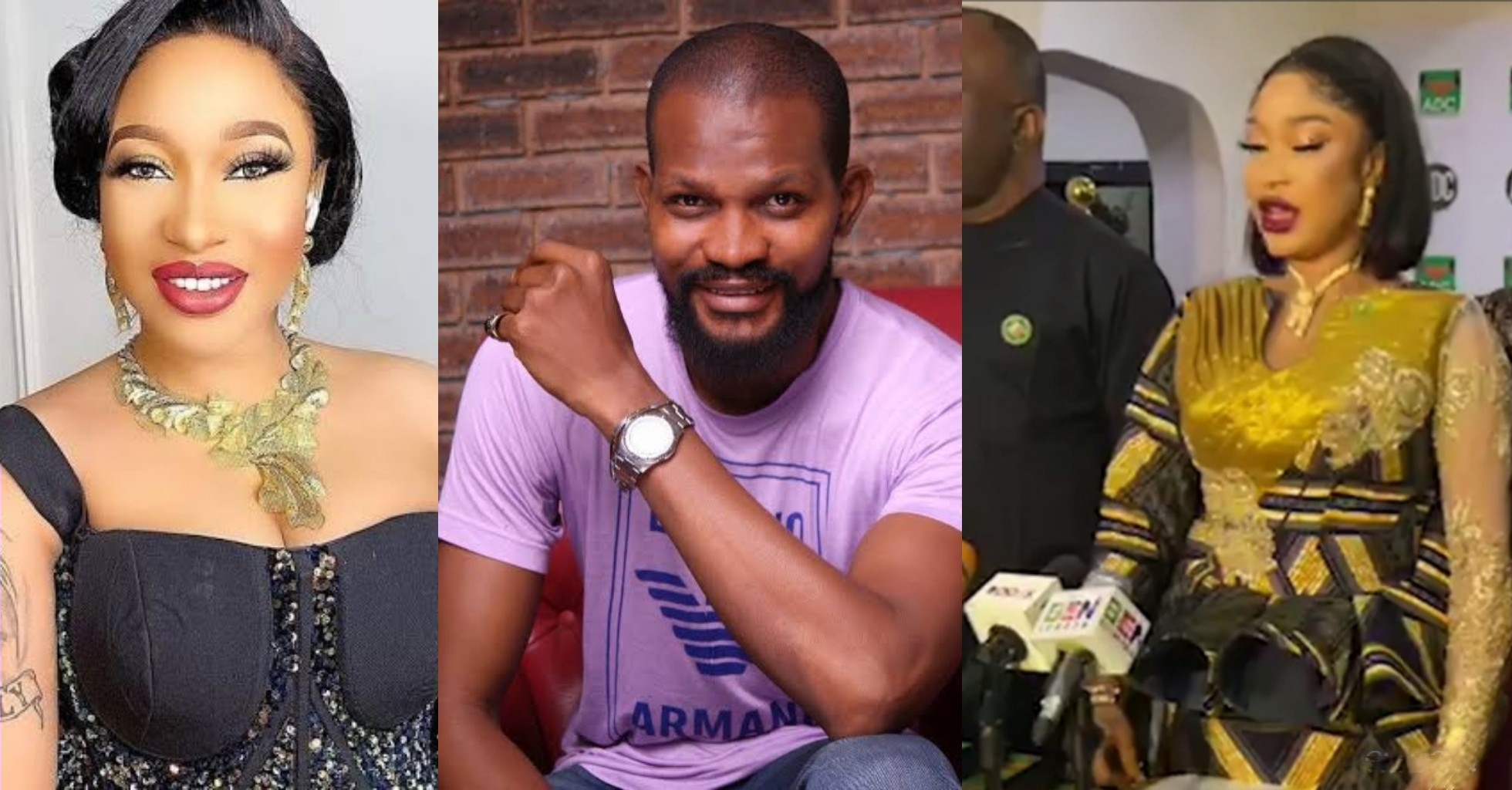 Nollywood actor Uche Maduagwu is at it again, and this time he has something to say about actress Tonto Dikeh’s emergence as Governorship candidate.

Recall that Tonte Ibraye, the African Democratic Congress (ADC) governorship candidate in Rivers state, nominated the movie star as his running mate ahead of 2023 elections.

Reacting, Uche Maduagwu who is known for sharing his controversial views on social media, claimed Tonto Dikeh rejected 85 million naira from a top political party in Rivers State simply to be part of the ADC party.

He wrote: “Mama King Allegedly turn down 85 million Naira From A big political party In Rivers State Just to join ADC Because she want to RESCUE Rivers. She is destined to rescue Rivers State from Kpokpo Garri Audio politicians.”

He added this about Tonto Dikeh’s former friend and rival Bobrisky,

“Congrats my future wife, if Na Bob Agbalumo Risky Dem offer 85 million he for use the money Buy ten trucks of imported Hausa perfumes to cover his Oniduro Mi odor, but mama king turn it down because Jesus told her to join ADC and rescue her people.”

“Her ex laugh at her whenever she told them of becoming a Deputy Governor, honestly, sometimes God need to separate a good woman from all appearances of KpoKpo Garri and 40 seconds limitations for her to fulfill DESTINY. Right now, I am working towards distributing FREE Red Bra to all eligible women in Portharcourt we must start rescueing Rivers from some where” 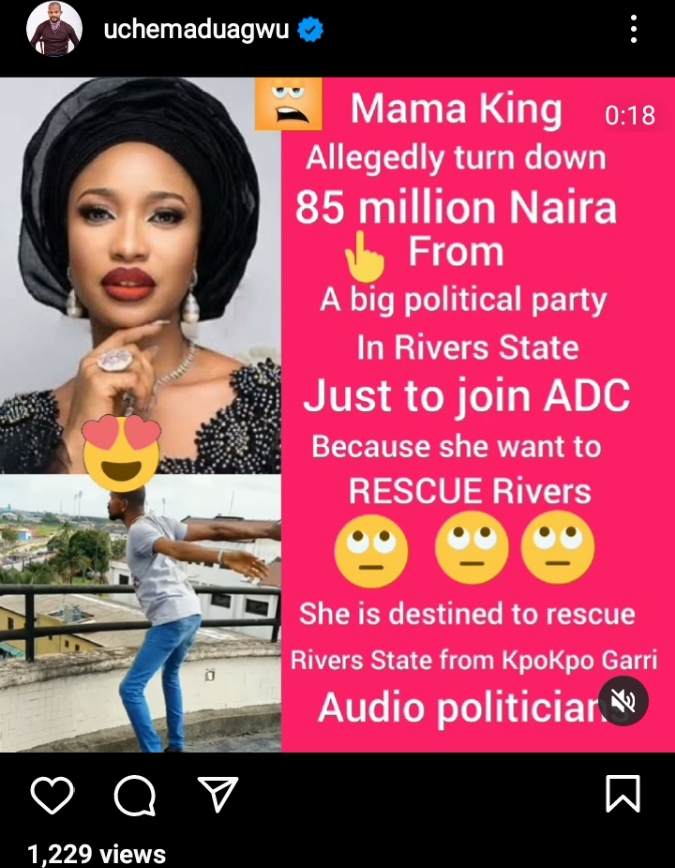 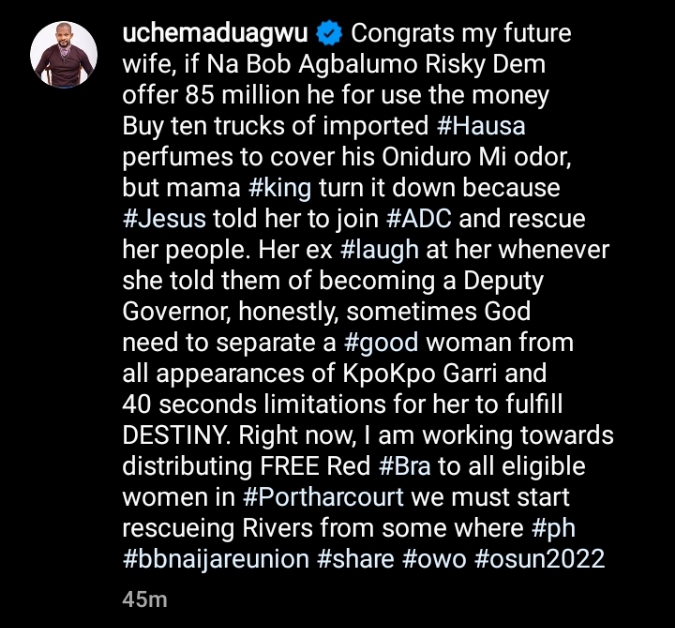