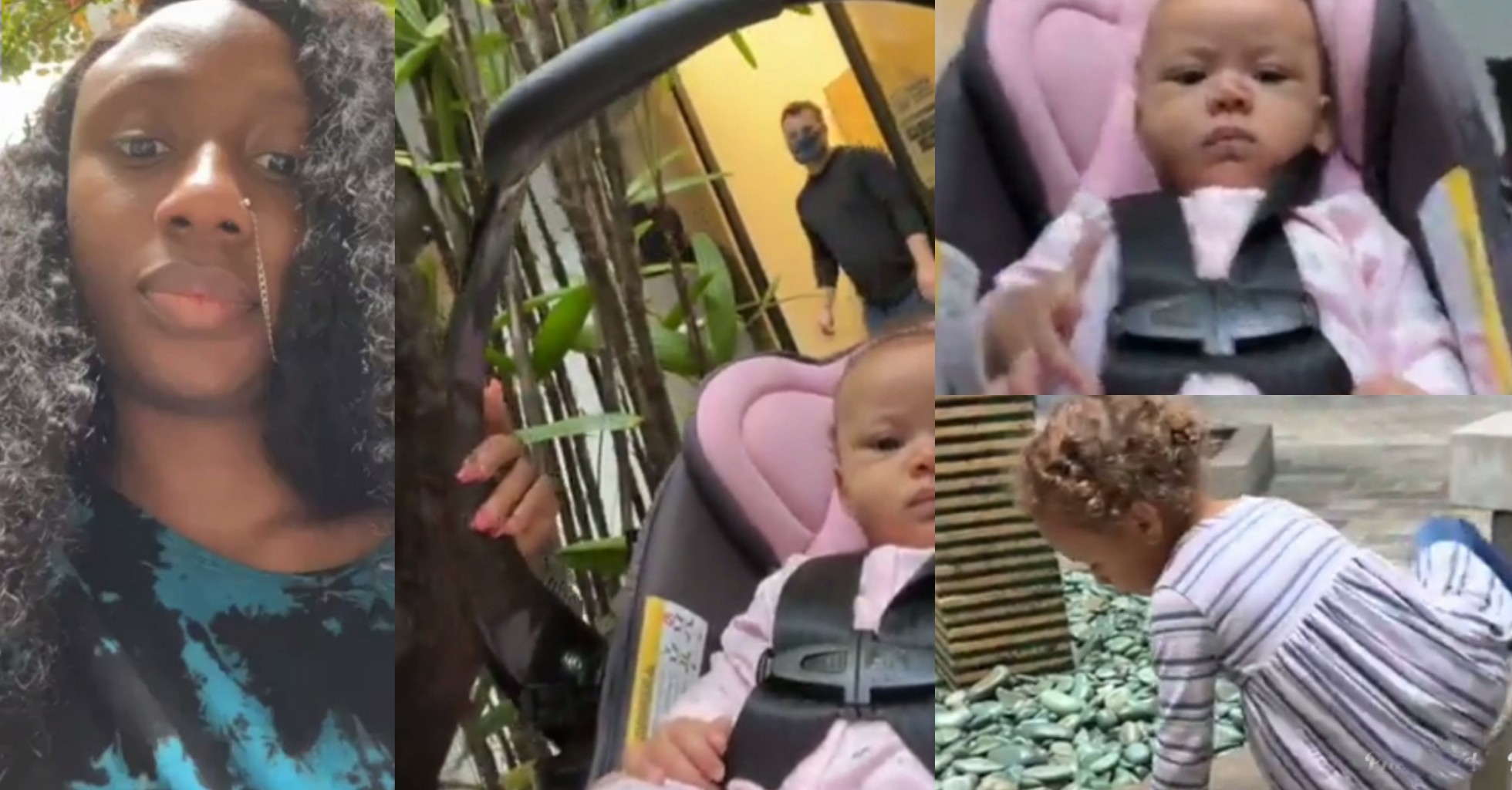 VIDEO: Korra Obidi, Justin engage in heated argument as she picks up the kids at custody exchange center

Nigerian dancer, Korra Obidi’s marriage is on the verge of collapse and while Nigerians are hoping it gets fixed, a video of an important moment made the rounds on social media.

The estranged couple are having a tough time co parenting their two kids, as things between things seems to be getting messier by the day.

In the video which was an Facebook live, Korra who is very free spirited after a successful Canada tour, went to pick up her kids at the child custody exchange center.

The mother of two asked her first daughter June, if she had a nice time with her dad. For reasons best known to Justin, He was heard at the background challenging Korra about breaking the law.

Korra fired back and cautioned him to stop speaking to her because, by doing so, he also broke the law relating to child custody exchange.