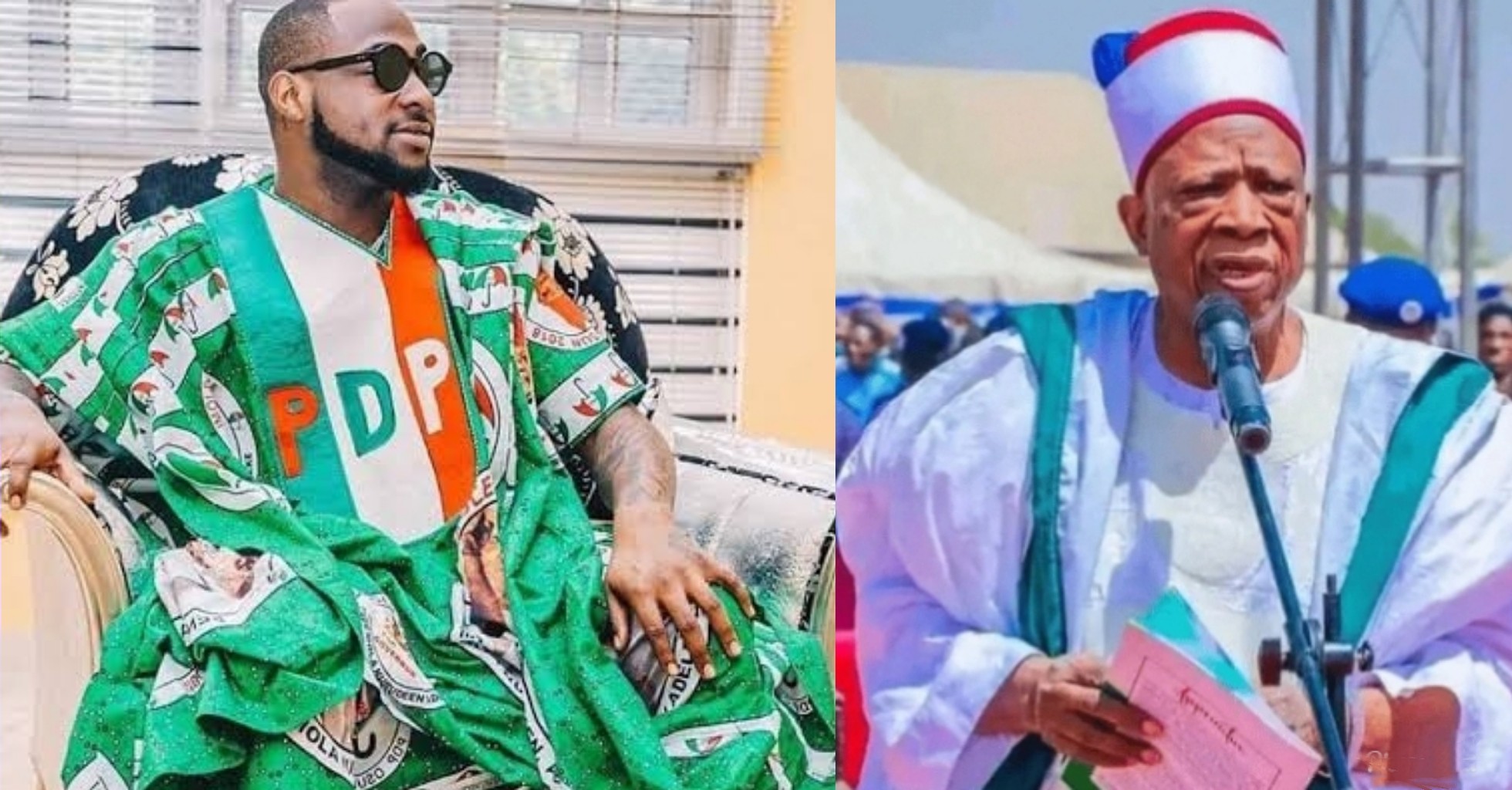 Sensational music star, David Adeleke, better known as Davido has tackled the National Chairman of the All Progressives Congress (APC), Abdullahi Adamu over his speech ahead of the Osun State Governorship election.

The national chairman stated that the party is ready to face Ademola Adeleke (Davido’s Uncle), whom he described as a moneybag and the PDP ‘eyeball to eyeball’ without sparing them in the forthcoming election.

Reacting, Davido who has been campaigning and amassing support for his uncle took umbrage over the comment while claiming that the APC are planning on rigging the election.

Not stopping there, he wrote via instastory

“AKA RIG SMH, Y CAN’T YOU JUST ALLOW PPLE VOTE WHO THEY WANT??” 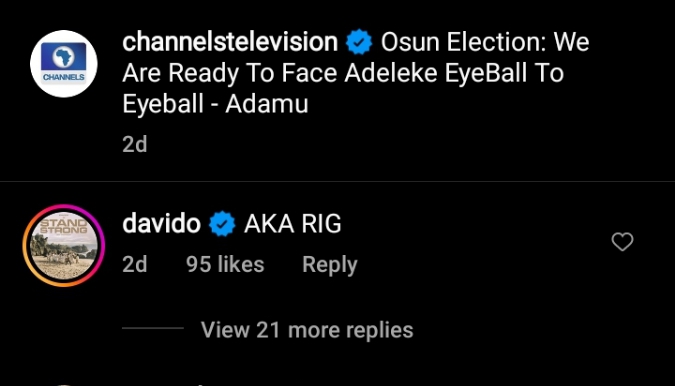 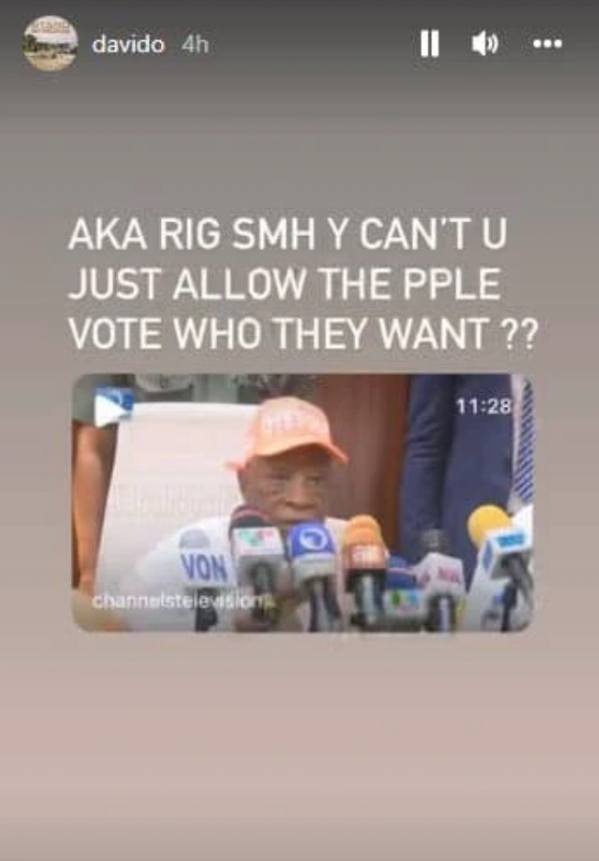