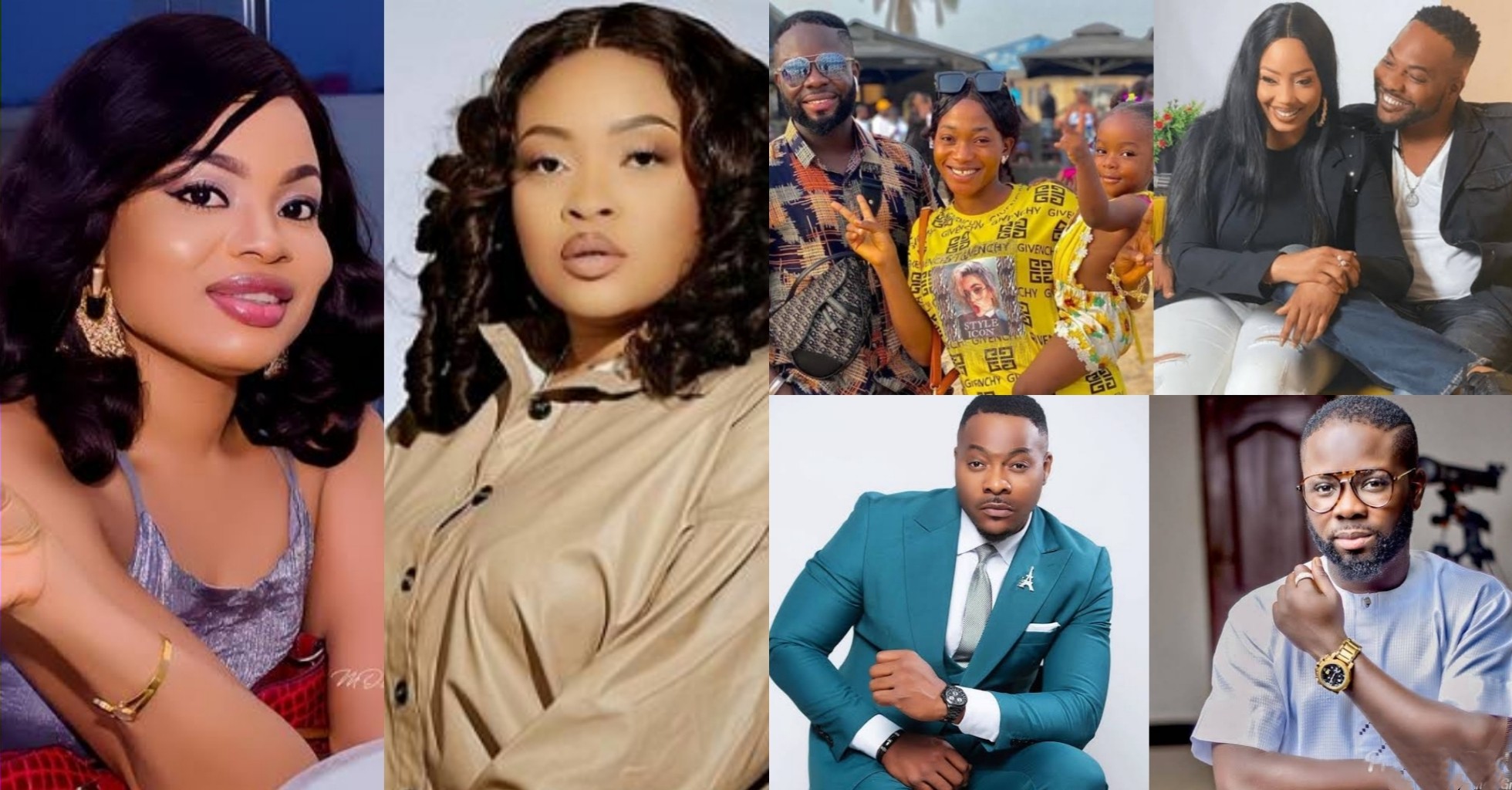 A phone conversation between Nigerian Actresses, Temitope Solaja and Adebanke Adeyeye better known as Debankee on their relationship with male colleagues Bolanle Ninalowo and Itele D Icon, has leaked online.

Just recently, Faceless blogger, Gistlover had alleged that Itele who was once linked to Temitope Solaja is currently dating Debankee, despite being married with kids.

According to the blog, Debankee has been uploading intimate videos of her and Itele, which her friend Temitope Solaja got wind of.

Gistlover claimed Temitope had cautioned Debankee from dating the actor especially knowing that she also dated him and only left him because Itele’s wife had got wind of their romance and had threatened to kill herself.

However, Debankee rejected Temitope’s advice and fired back at her and things escalated between the two. 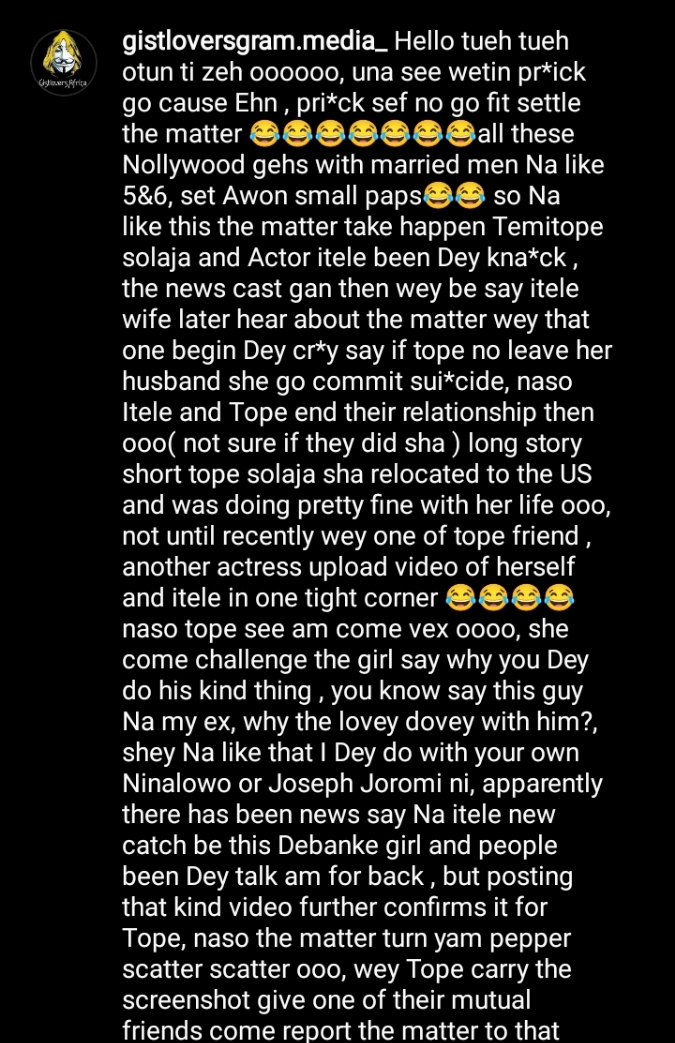 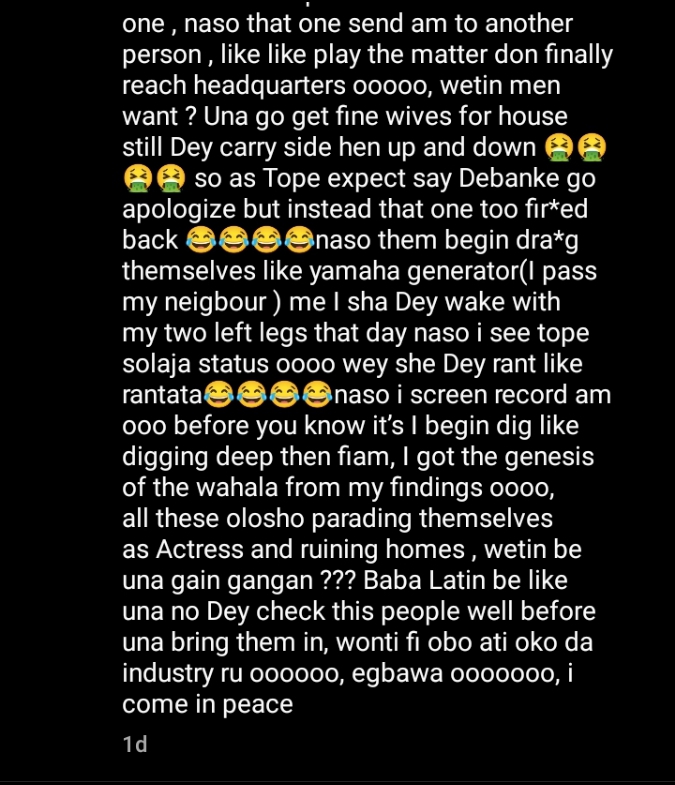 A couple of hours ago, we came across a viral audio recording of the Debankee’s phone conversation with Temitope on Actors Ninalowo Bolanle and Itele.

In the recording, Temitope was heard rebuking her friend for inappropriate affair with Itele. She also accused Debankee of dating Ninalowo.

Reacting, Debankee claimed she dated Ninalowo before he got married and also denied dating Itele but Temitope seemed not to believe her which resulted into a heated conversation between the movie stars.

LISTEN TO CONVERSATION BELOW 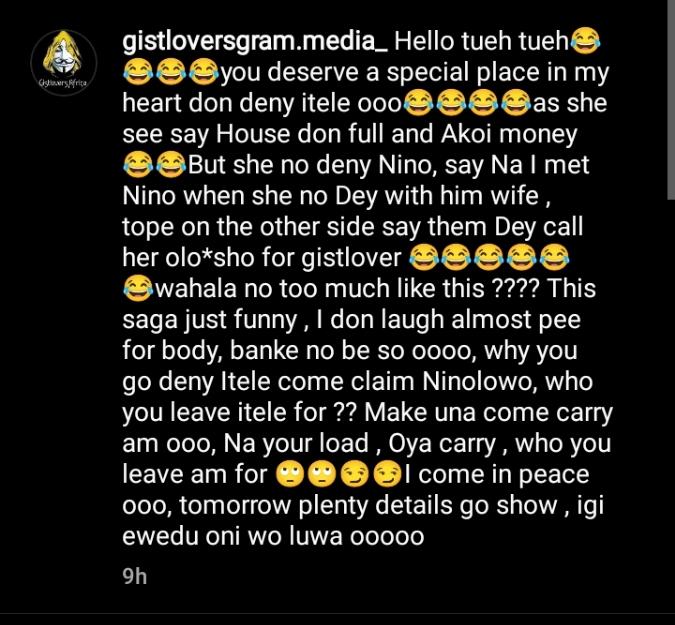