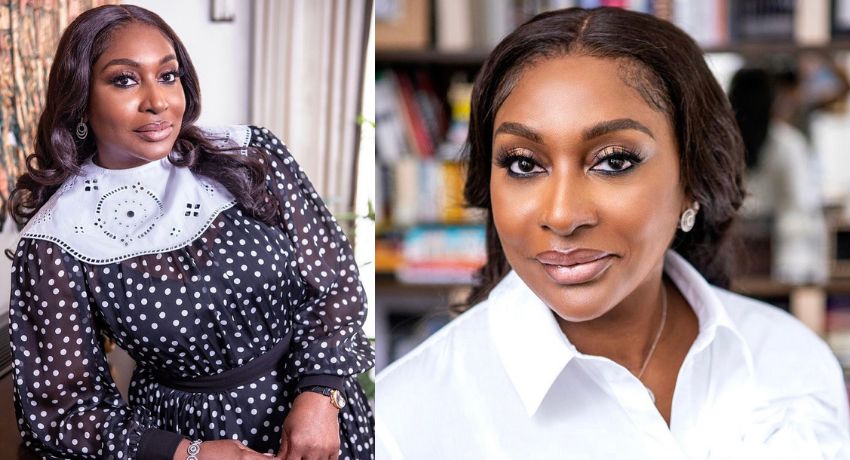 Nigerian actress and movie producer, Ego Boyo has called out filmmakers, keen on remaking movie classics, but end up churning out remakes that are not ‘worth watching’.

This is coming, just hours after Glamour Girls, a 1994 classic hit Netflix.

Without naming anyone in particular, the veteran actress took to Twitter to chide such filmmakers, asserting that they should leave movie classics alone if they can’t do the work to make them worth watching.

Recall the remake of the 1994 Nollywood blockbuster which was acquired by Play Network Africa’s CEO, Charles Okpaleke was released on Netflix some days ago.

The movie received many bad reviews, with suggestions that Play Network Africa put an end to the remaking of classic Nollywood films.

Glamour Girls is not Okpaleke’s first rodeo, as he has made a passion project of remaking classic Nollywood films like Living in Bondage, Nneka The Pretty Serpent.

“#leaveourclassicsalone or at least do the work to make them worth watching,” 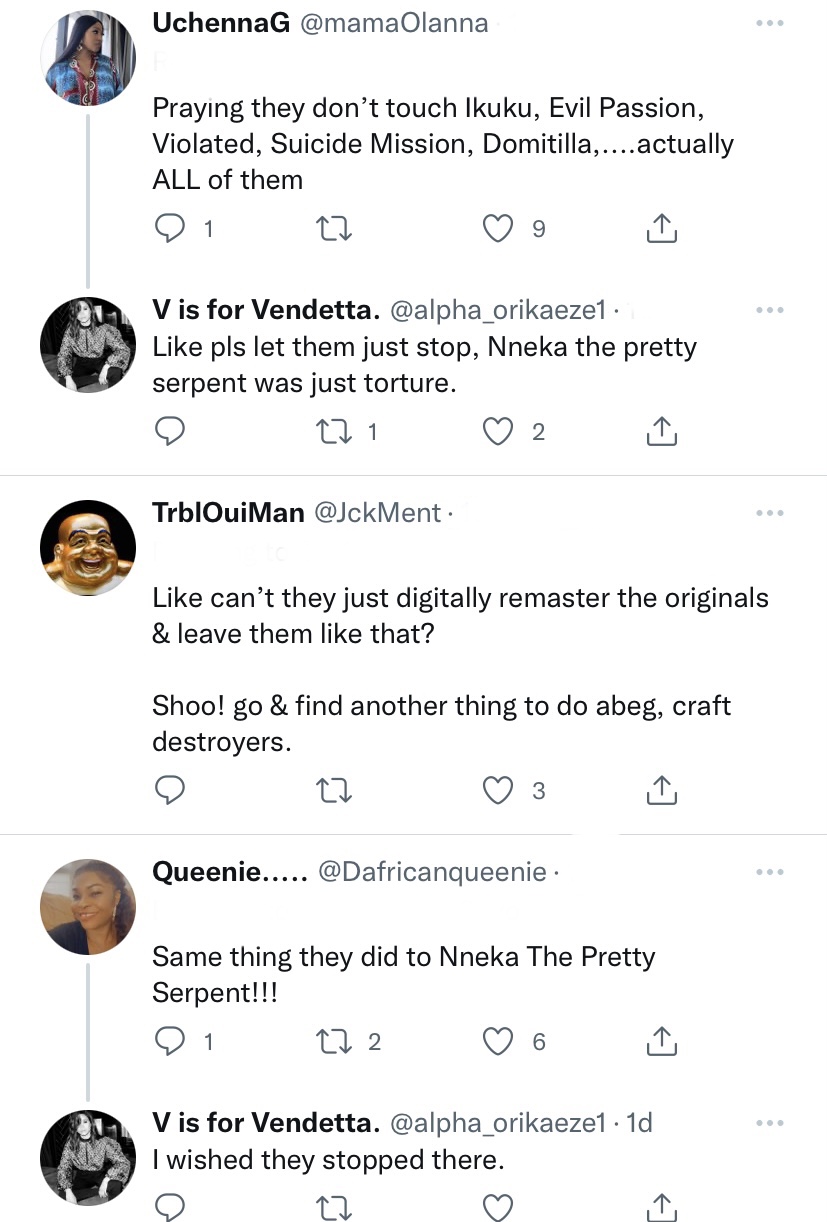 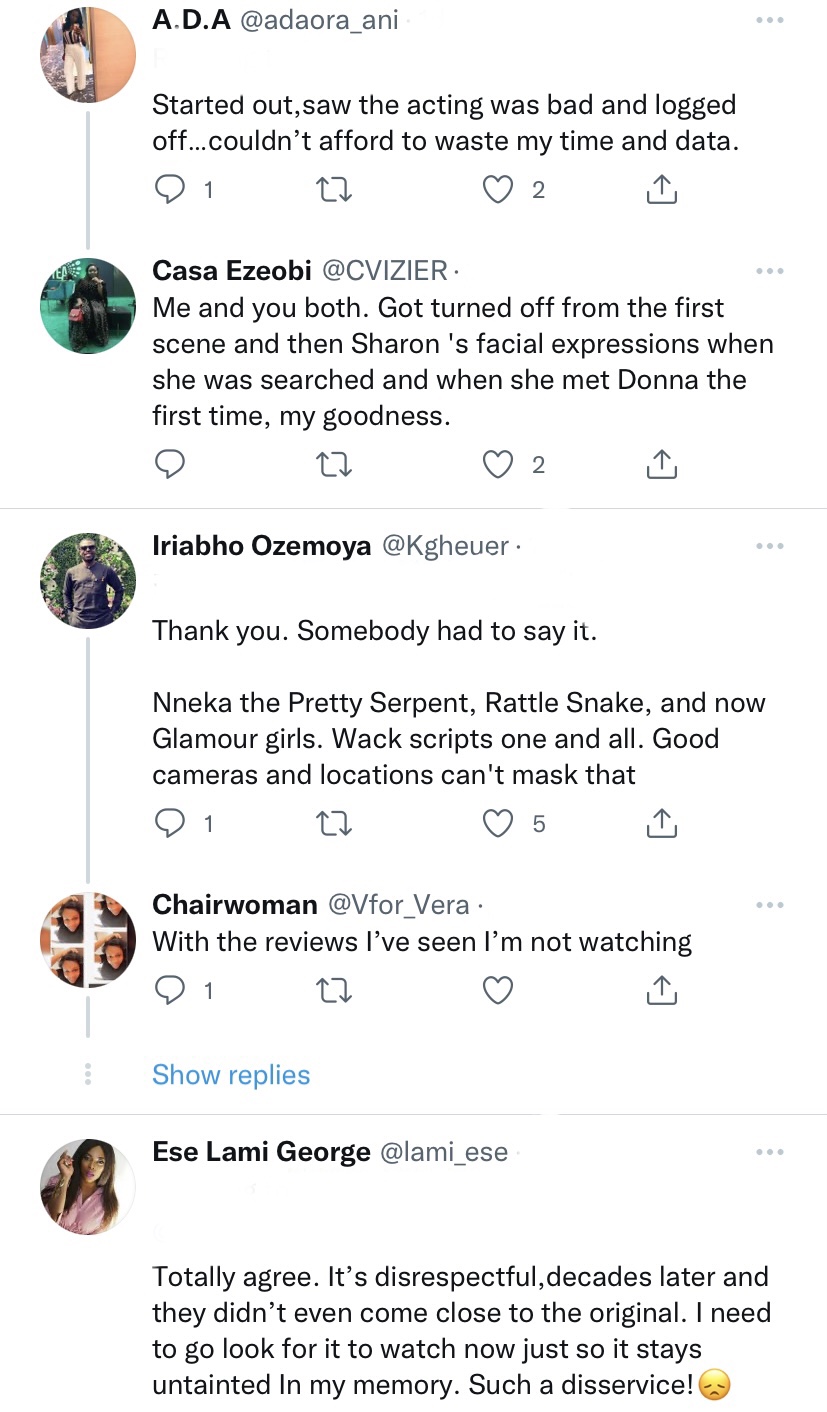 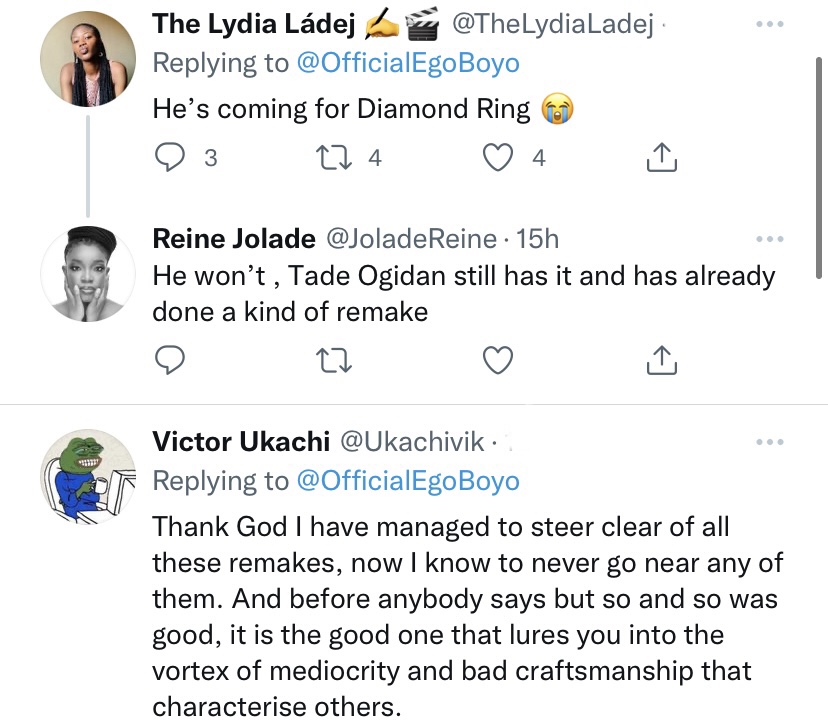 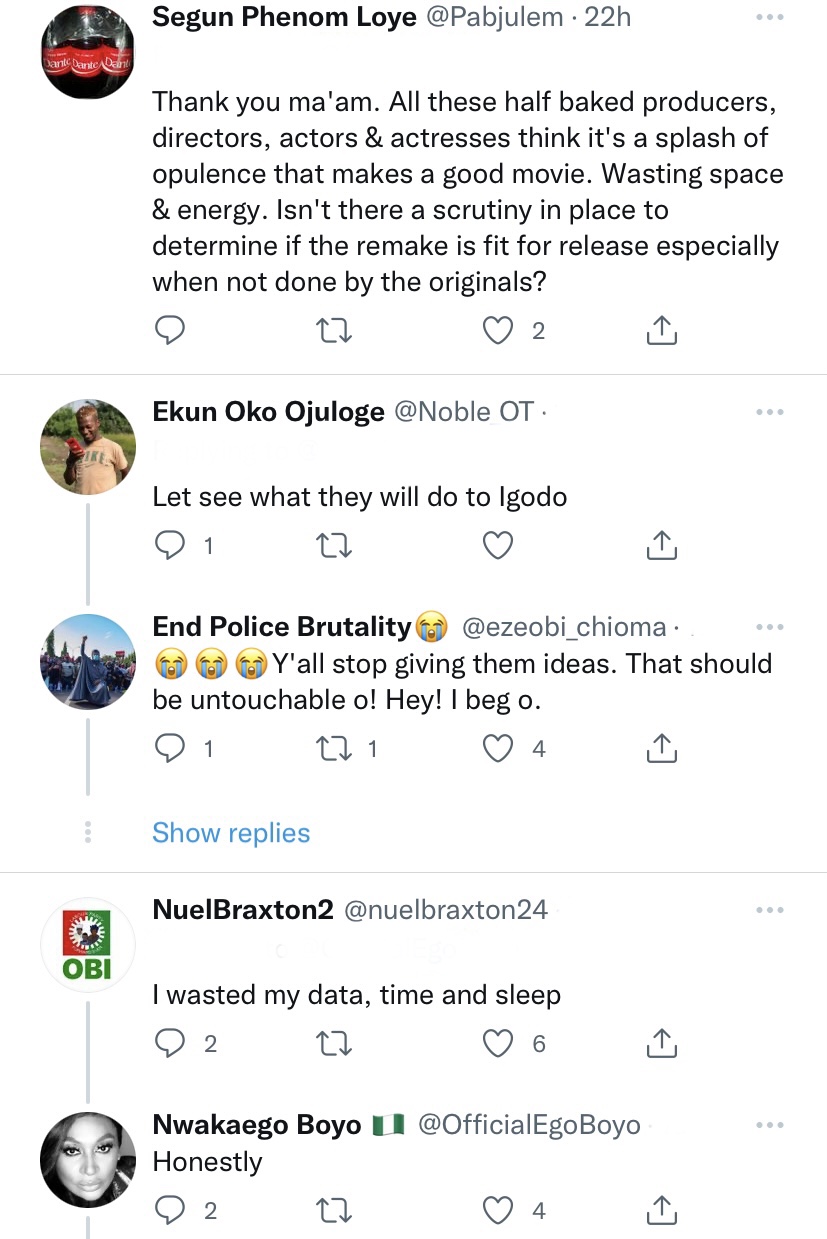