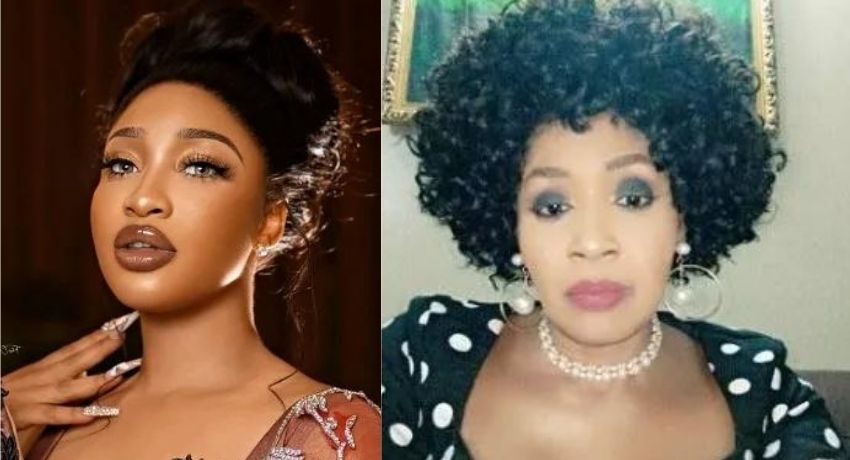 Self-acclaimed journalist, Kemi Olunloyo could not hold back her dissatisfaction over the bid of popular Nollywood actress, Tonto Dikeh as deputy governor candidate in Rivers, come 2023.

Olunloyo on Twitter, recounted the brawl that they both had online some weeks back, which resulted in the actress leaving Abuja, her residence, for Lagos state, in search of the journalist.

Ever since Tonto Dikeh officially emerged as the flag bearer of her party to run as the deputy governor of Rivers state, there have been mixed reactions from people online as they compared her social lifestyle with that of how she may really be in person, especially with her online dragging.

The controversial journalist, in a video she made, stated that Tonto Dikeh, aspiring for such a position, is a no-go area for her because Rivers state isn’t for sale and neither is it for cruise.

Olunloyo reminded tweeps, that just 60 days ago, the actress threatened her online and went as far as going to Lagos with the sole aim of beating her up, until Lagos state police warned her to stop making threats.

In her words, she’s not worthy of a leader because she can’t lead her own life, her home or household, and definitely can’t lead Rivers State. See caption and video below:

“Tonto aspiring to be the deputy governor of Rivers State in 2023. Rivers state is NOT for sale or cruise. Just 60 days ago this woman threatened me as a journalist and came to Lagos to specifically beat me.

Ibraye announced the actress as his running mate in a statement posted on Instagram on Friday, June 24.

In a statement shared on Instagram, Tonto Dikeh explained why she is the best candidate for the position. See details here