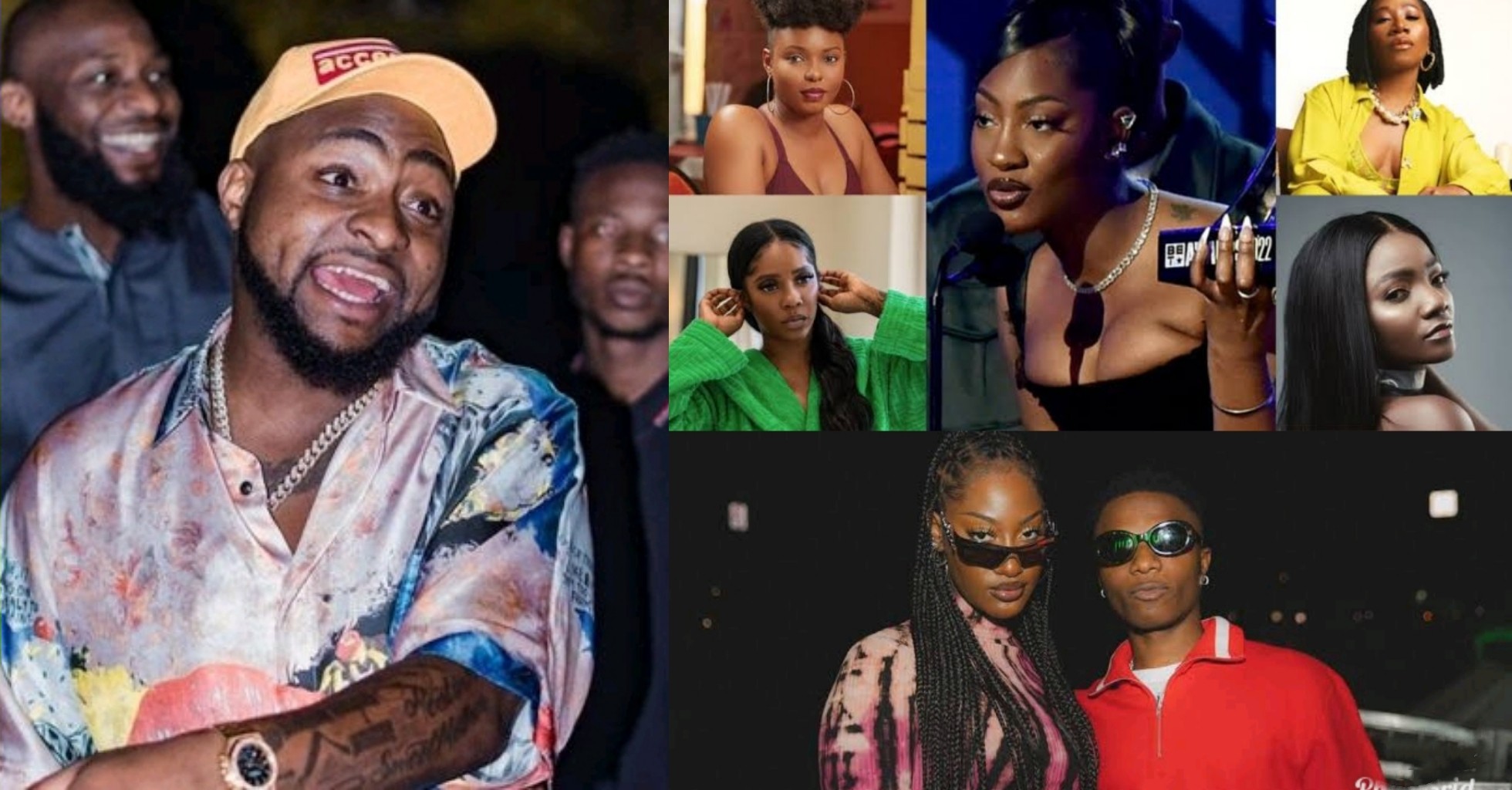 Following her BET win, Tems took to social media in appreciation of those who crawled so that she could walk.

The Try Me hitmaker gave a special shout-out to female colleagues like Tiwa Savage, Yemi Alade, Asa, Omawumi among others who have been in the game long before her emergence. 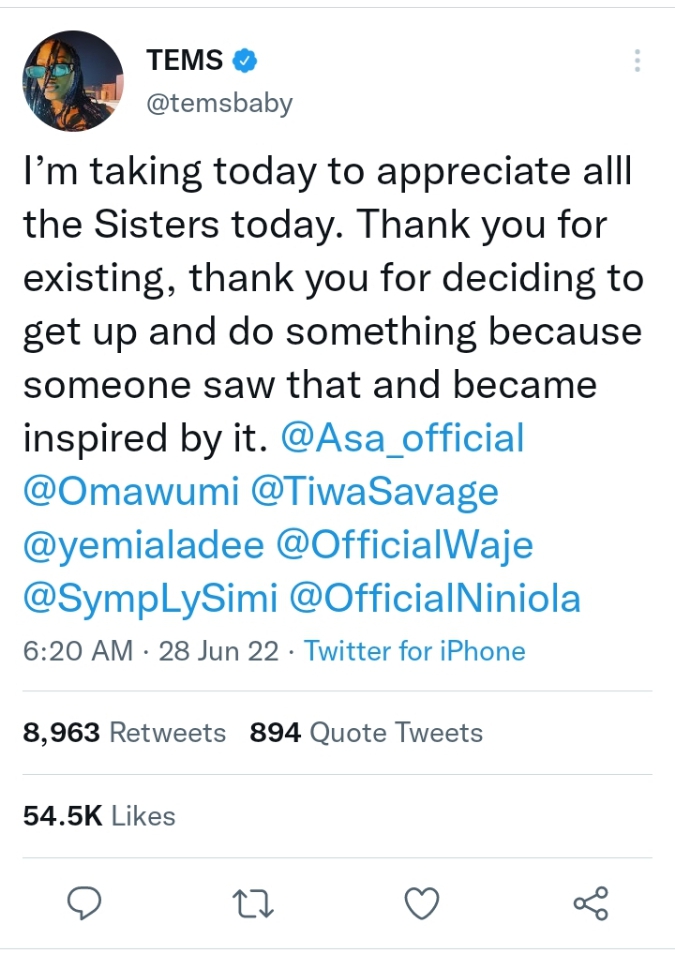 Reacting after her appreciation post, Davido took to his Instagram story to congratulate Tems on her prestigious achievement.

However, he noted that anybody (both her male and female counterparts) that paved the path in the Nigerian music industry for her can serve as inspiration for the music diva.

“Anybody can inspire you! Congrats girl” 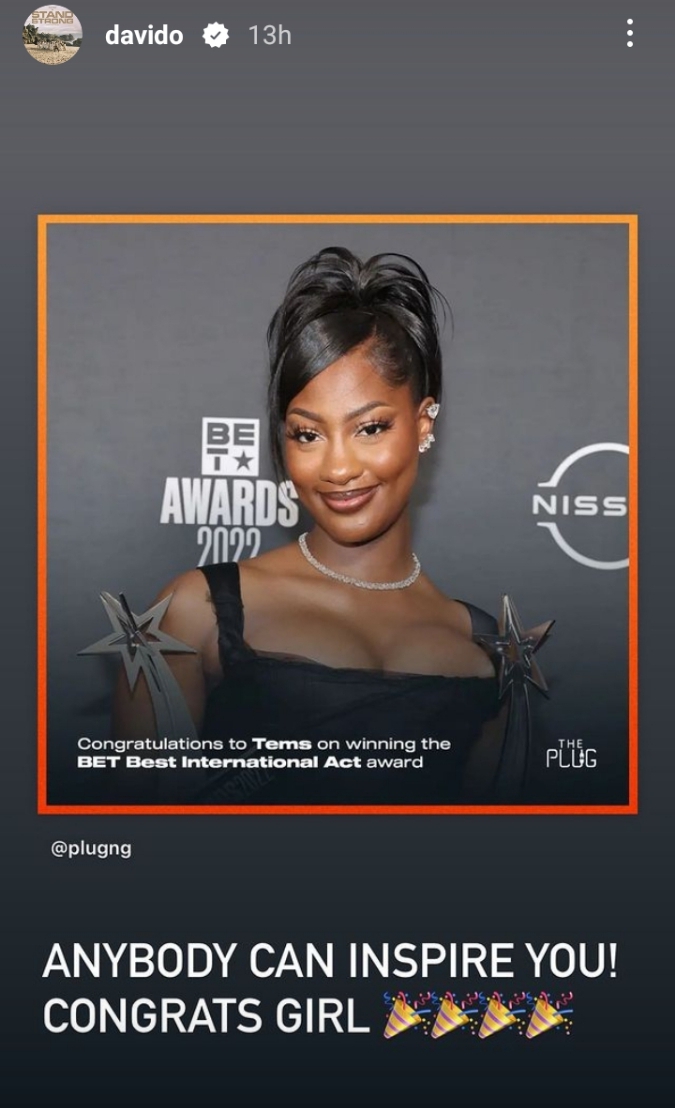 Tems won not one, but two awards at the just concluded 2022 BET Awards.

The songstress won Best International Act at the ceremony which held at the Microsoft Theater in Los Angeles, on Sunday night.