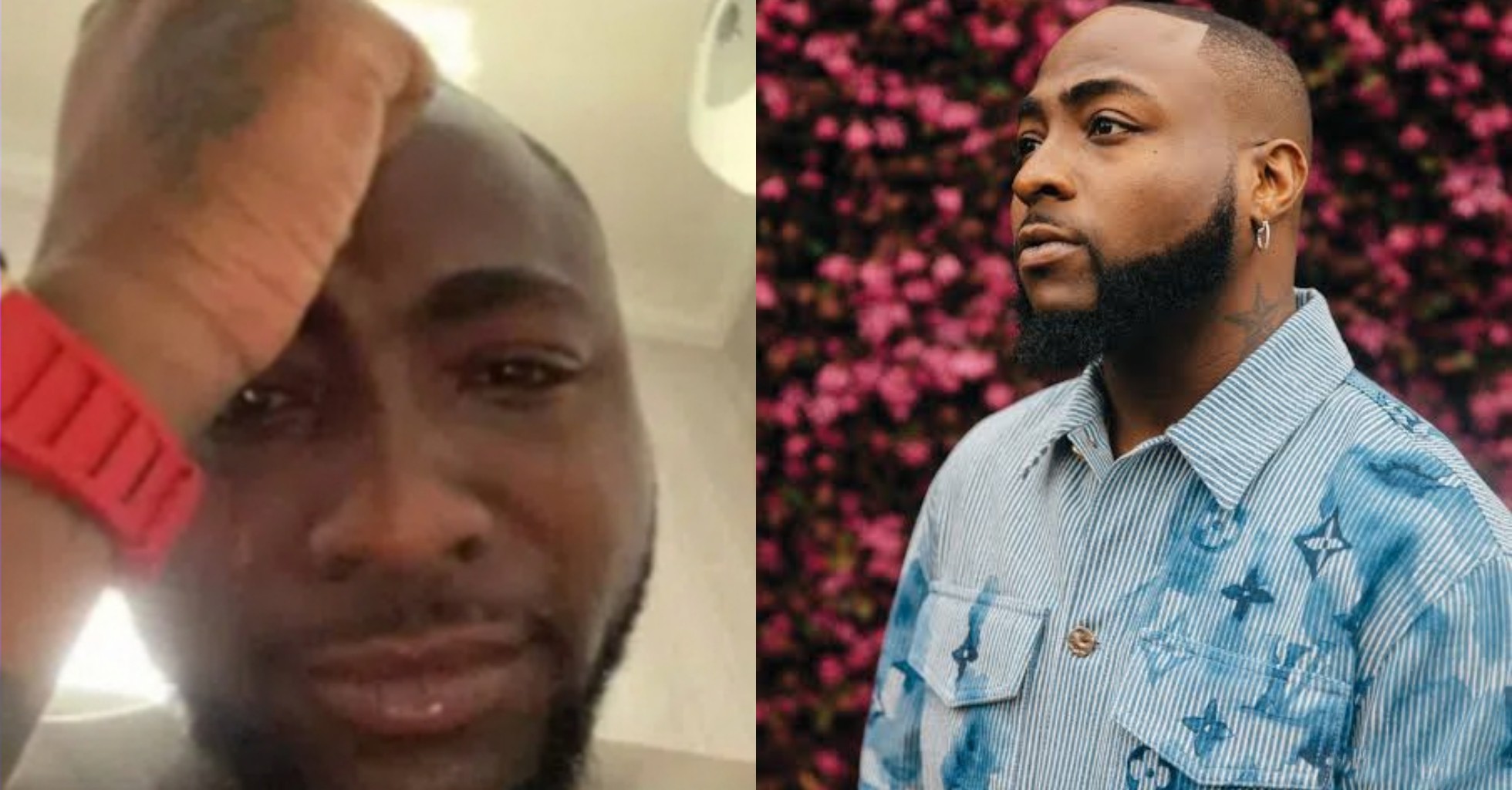 Top Nigerian singer, David Adeleke alias Davido is currently in a mourning state as he remembers his late best friend and crew member, Obama 44 who died a year today.

Davido’s friend died in June 2021, after complaining of shortness of breath. It was widely reported that Obama drove himself to a hospital in Lagos where he later died.

Just recently, the OBO Crooner took to his Instagram stories to honour his late aide, whom he fondly referred to as 44.

The Singer who is still affected by Obama’s death, shared some photos of him while stating that he needs his space as he mourns his late best friend once again.

Water run down my eyes.” 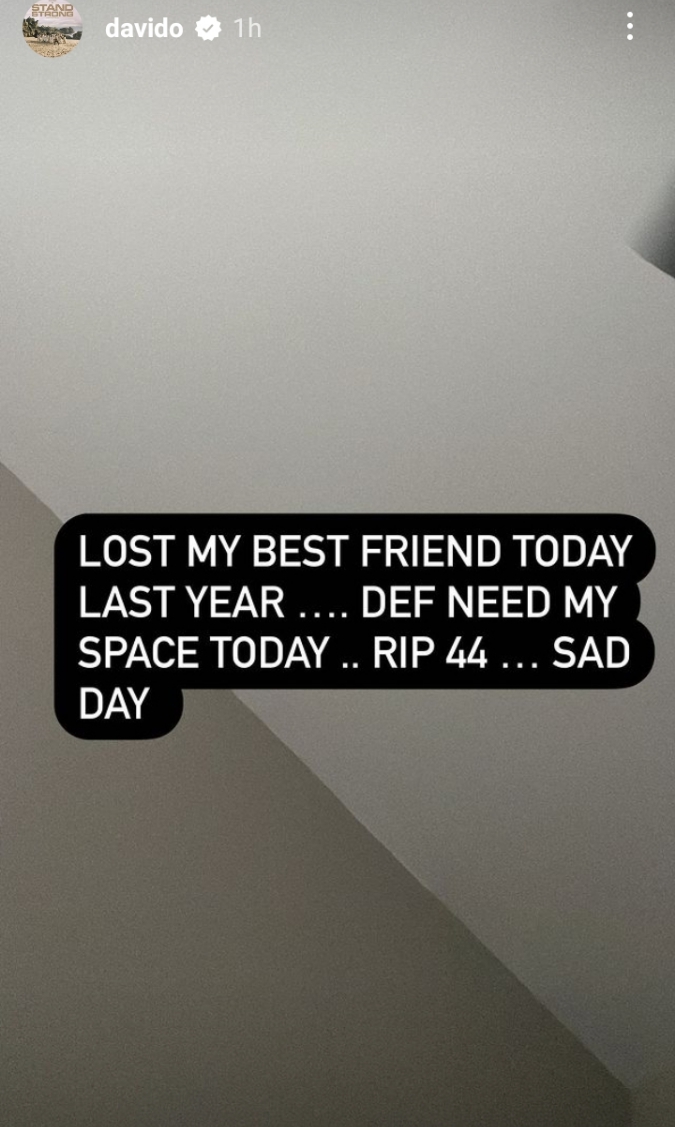 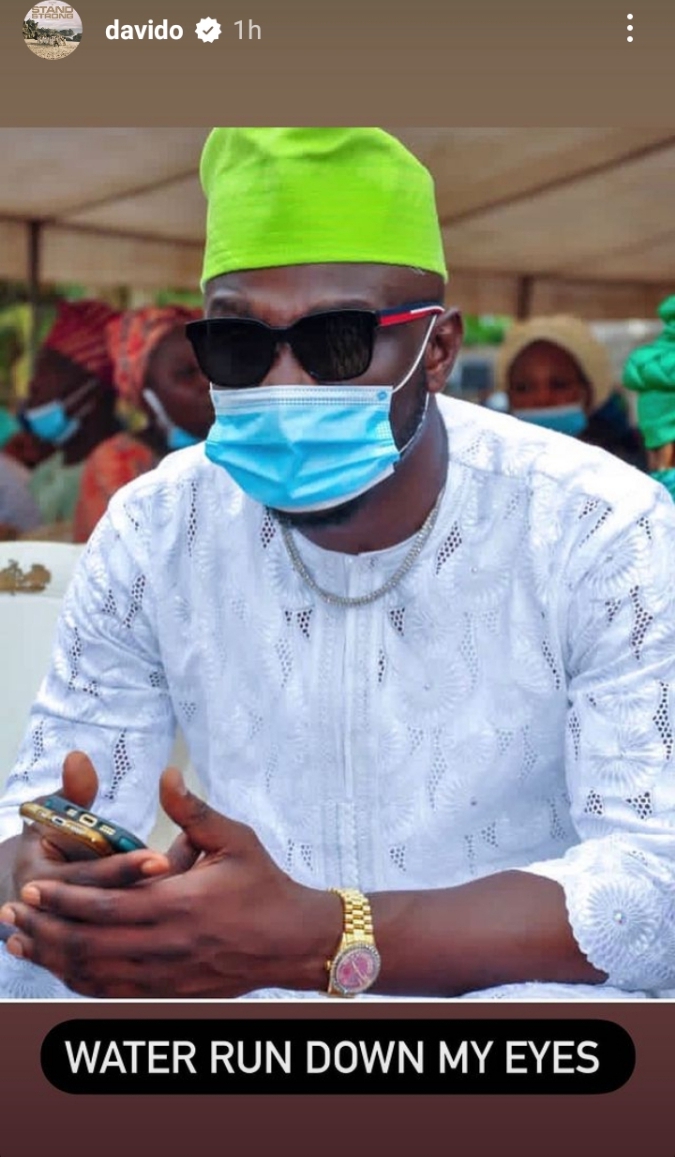 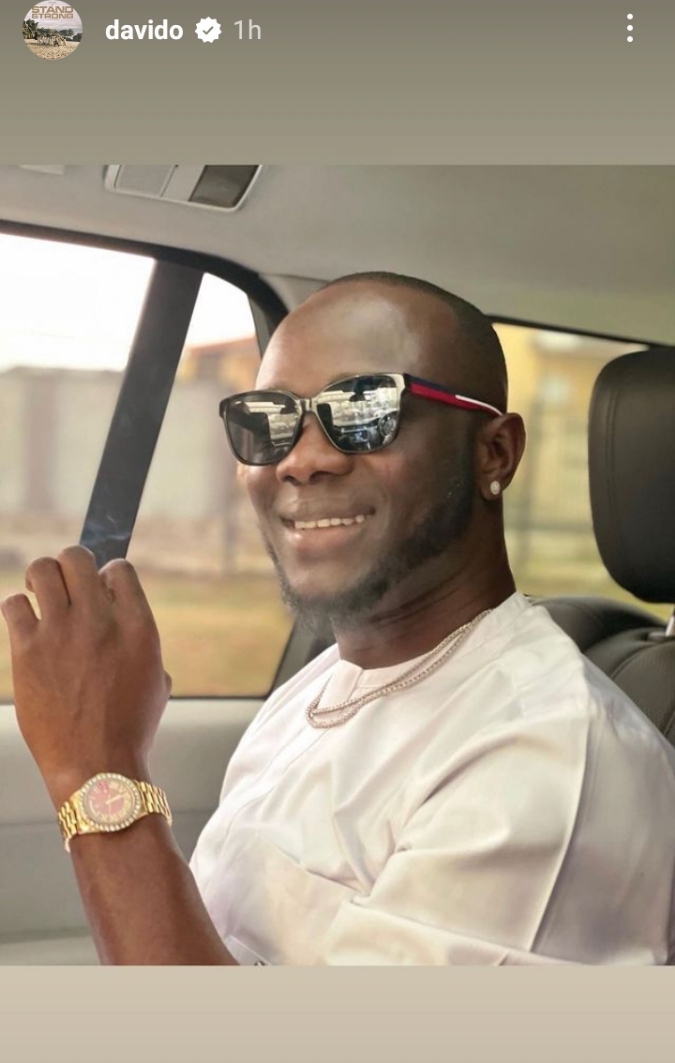