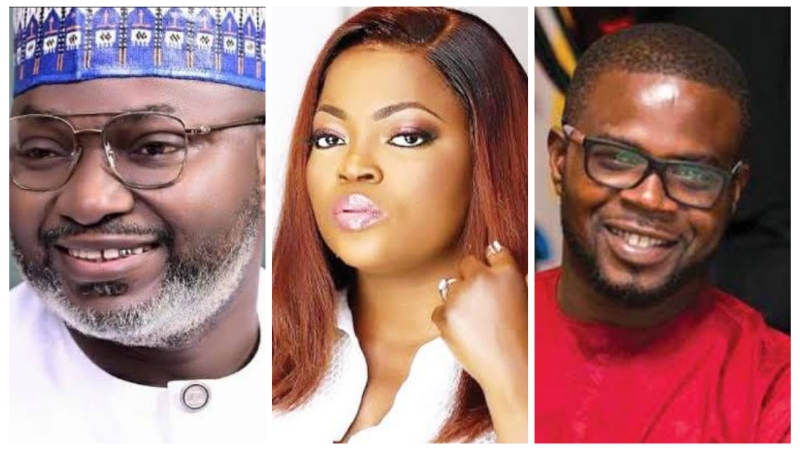 Marriage is a complex institution and journey. Two partners who really desire to embark on the journey must be ready to walk through storms and thorns. Marriage goes beyond exchange of marital vows or decision of two opposite sex to live together. It can be better defined as the critical decision of two opposite sex to be ready to unite and sacrifice against all odds.

When two poor partners seperate, we cite poverty as the cause. When two irascible partners seperate, we cite anger as the cause. When one partner is rich, famous and the other is not, we cite inferiority complex as cause. How do we intend to explain the seperation of two partners who are rich, famous and influential in their own rights? This tells us that seperation of partners goes beyond status, inferiority complex and anger as posited by many but sometimes character is essential.

Both partners must agree to blend, manage and understand the content of their characters. In all, a marriage that has no firm stance or in lack of resiliency spirit can not survive the test of time. Nowadays, marriage hardly survive the test of time. Many marriages are on the brink of collapse while others have collapsed. The marriage of Nollywood actress and comedianne, Funke Akindele and Abdulrasheed Bello, a music star is no different. The union has come to an end following the announcement of the dissolution by Abdulrasheed Bello. The family did not survive its challenges. The family terribly got consumed in it.

Funke Akindele fondly called ‘Jenifa’ or ‘Omo Ghetto’ by fans is now seperated from his husband, Abdulrasheed Bello fondly addressed as JJC Skillz. The popular Nollywood actress and comedienne is not strange to separation. Like her first husband, Kehinde Oloyede who announced the separation on Facebook – a social media platform, Abdulrasheed Bello JJC skills also announced the separation on Instagram – a social media platform too.

Findings by WITHIN NIGERIA disclosed that Nollywood actress, Funke Akindele got married to a Lagos-based businessman in 2012 and the marriage ended after 413 days of verbal and emotional buses which surrounded the union.

Her first husband, Kehinde Oloyede Almaroof wrote on his facebook wall in 2013 that “It’s with heavy heart that am announcing the separation of me nd ma wife Mrs olufunke akindele,we’ve both agreed to go our separate ways coz of irreconcilable differences.we still best of friends nd we 4ever remain gud friends. Am doing just fine, gettn along without u,don’t need u anymore in ma life.u d greatest mistake av made in recent time.”

8 years later, Funke Akindele during a chat with Chude Jideonwo on his show #WithChude spoke on her first failed marriage and revealed what went wrong.

Funke Akindele said, “You know, I just wanted to get married,”.

“I want to do things right, have children and all that. And I went into the (first) marriage, it didn’t work fine. And it ended in a very bad way, in social media, the noise was everywhere. I was actually filming and somebody called me and told me, I wanted to die!. You know I cried, lost some good deals then. But I didn’t let it’s break me”, she added.

In an interview session with The PUNCH, Abdulrasheed Bello disclosed that it was love at first sight when he met with Funke Akindele and further stated that her dedication to work made him love her more.

Eventhough there were claims of misunderstanding and controversies surrounding the marriage but it became a public matter when Funke Akindele’s Step Son, Benito dropped a bombshell during an Instagram live where he said his father, Bello and his step mom, Funke have not shared same bed for two years.

Benito claimed that his father cheated on Funke, resulting in a major confrontation. He also admitted that the actress had been unfaithful to his father.

According to Benito, the Nollywood superstar was known in the house for screaming at the top of her lungs. She allegedly accused her spouse of robbing the family’s bank account.

Benito also disclosed how the actress treated her employees in a condescending manner. He also claimed that his father had moved out of their marital residence.

Despite several denials and twisted stories to change public perspection about the failed marriage, Abdulrasheed Bello ‘JJC Skillz’ dropped a piece on his social media account.

Dear Friends and family, I need to let you know that Funke and I have separated. While it lasted, we shared a lot of things together and have created two beautiful children.

“The last two years have been extremely difficult for us. I know I have tried my best to fix things but I believe it is beyond repair now. months ago and at Funke’s insistence, I moved out of the house and apart from AMVCA have not been able to get Funke to sit down in an amicable manner to discuss the future of our relationship.”

As at the time of filing this report, Funke Akindele has not reacted to the dissolution of the marriage which has gone viral and currently trending on Twitter.