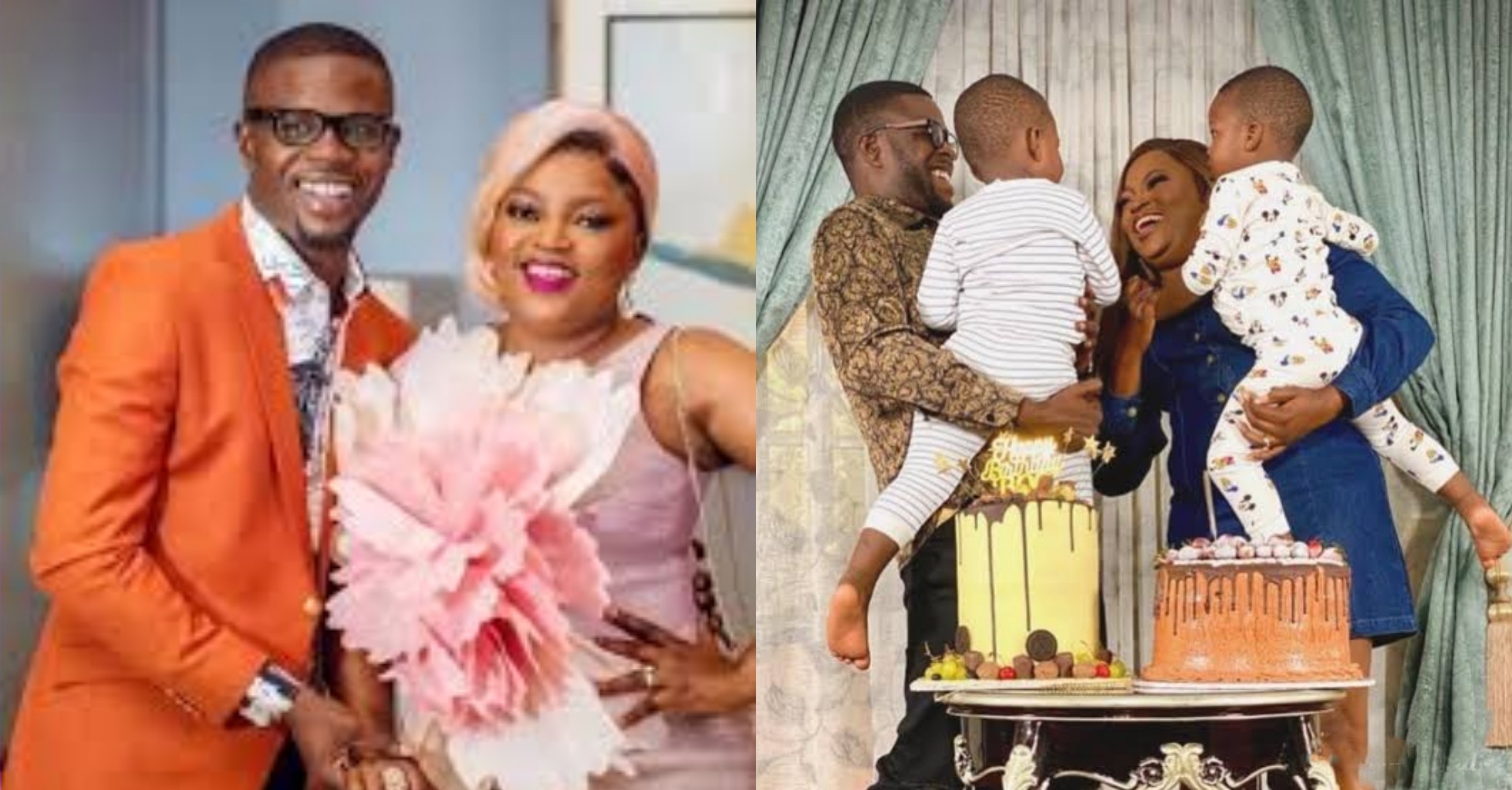 News recently made the rounds that the couple might have been facing hard times and it caused a buzz online.

They arrived at the event in different cars, they also didn’t take pictures together as they both minded their business as they catch fun with some of their colleagues separately. This further fueled the claims that all was not well between them.

Amid the spilt speculations, JJC Skills took to his Instagram page and admitted that the marriage has been having issues for two years.

According to him, that Funke Akindele asked him to leave her house and has refused any form of amicable communication with him.

JJC claimed their marriage is now beyond repairs and at the time of making the announcement he is looking at how they can co parent with ease and manage their joint business.

“Dear friends and family I need to let you know that Funke and I have separated. While it lasted we shared a lot of things together and have created 2 beautiful children.

I moved out of the house and apart from AMVCA have not been able to get Funke to sit down in an amicable matter to discuss the future of our relationship. I’m making this announcement so that the public is clear that we both are pursuing separate lives.

We still have issues that need to be addressed such as custody and wellbeing of our children which is paramount as well as business interest which need to be disentangled but I have no doubt that these will be resolved one way or the other”. 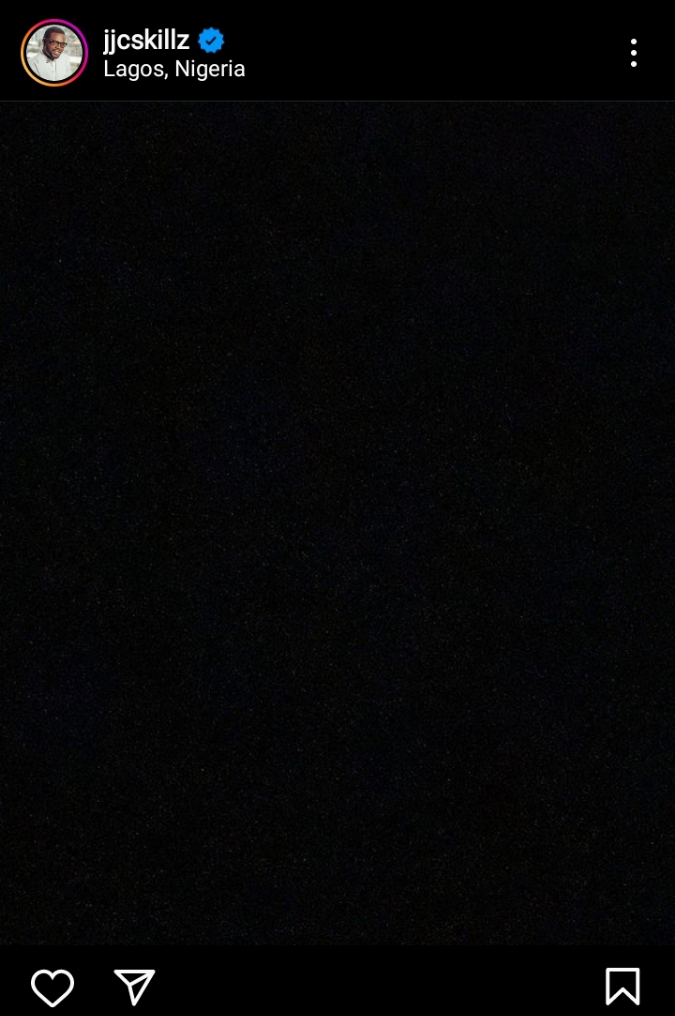 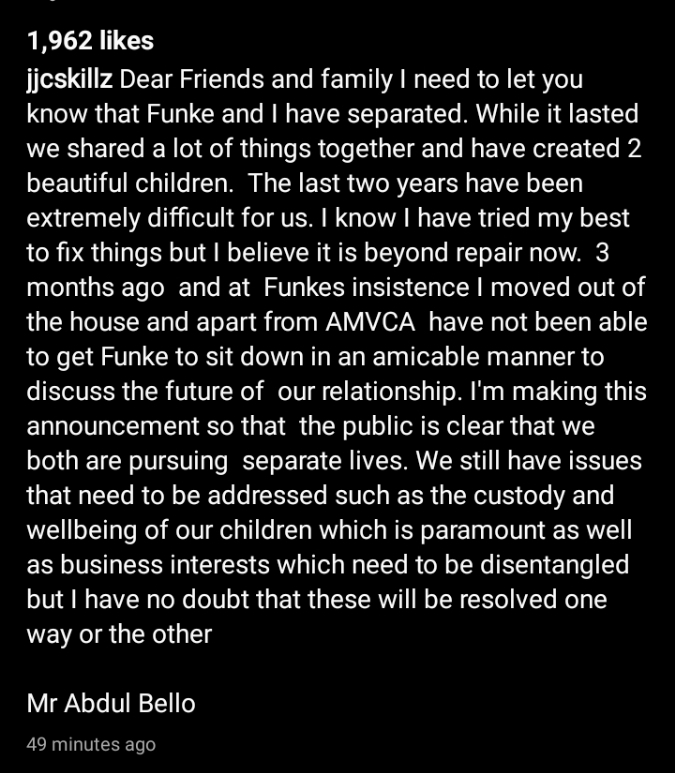 Funke Akindele and JJC arw proud parents of a set of twins.