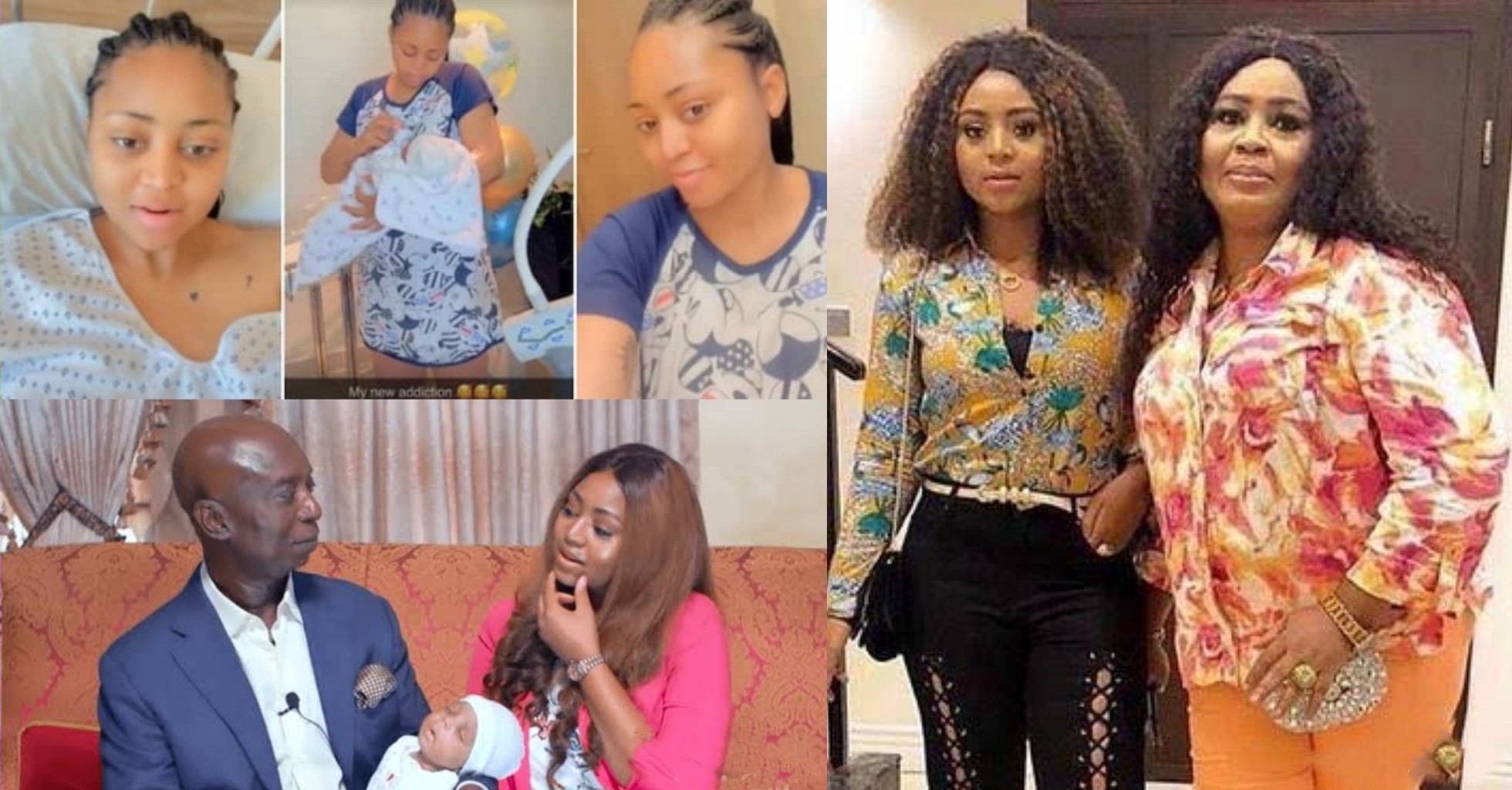 Nigerian movie star, Regina Daniels, has continued to cause a buzz on social media over the birth of her second son, Amman.

Just recently, the movie star took to social media to wow fans with a sneak peek of her newborn.

Regina took to her Snapchat profile, and shared a video of herself cradling her newborn while feeding him.

The screen diva also shared a video where she revealed the advice her mother, Rita Daniels, gave to her just moments after giving birth.

According to Regina, her mum advised her to start working on her body after childbirth.

Regina claimed her own mum was already calling for pepper soup spices to be brought while telling her to start working on herself.

The actress expressed surprise at her mother’s words on the first day of deliver.

Read what some fans had to say about Rita Daniels’ advice below: 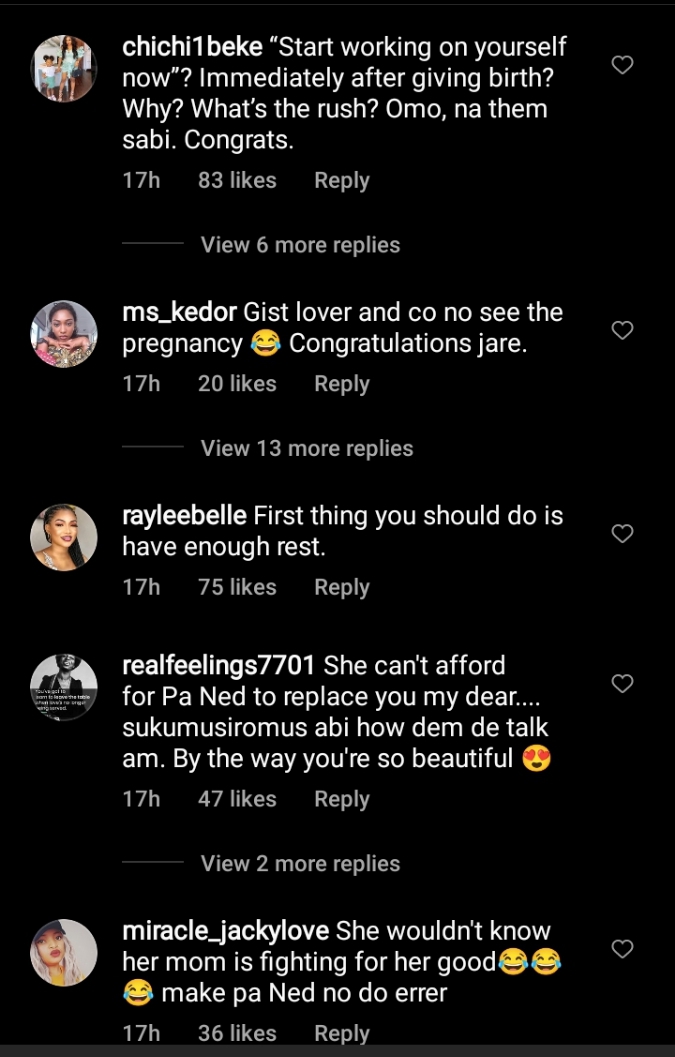 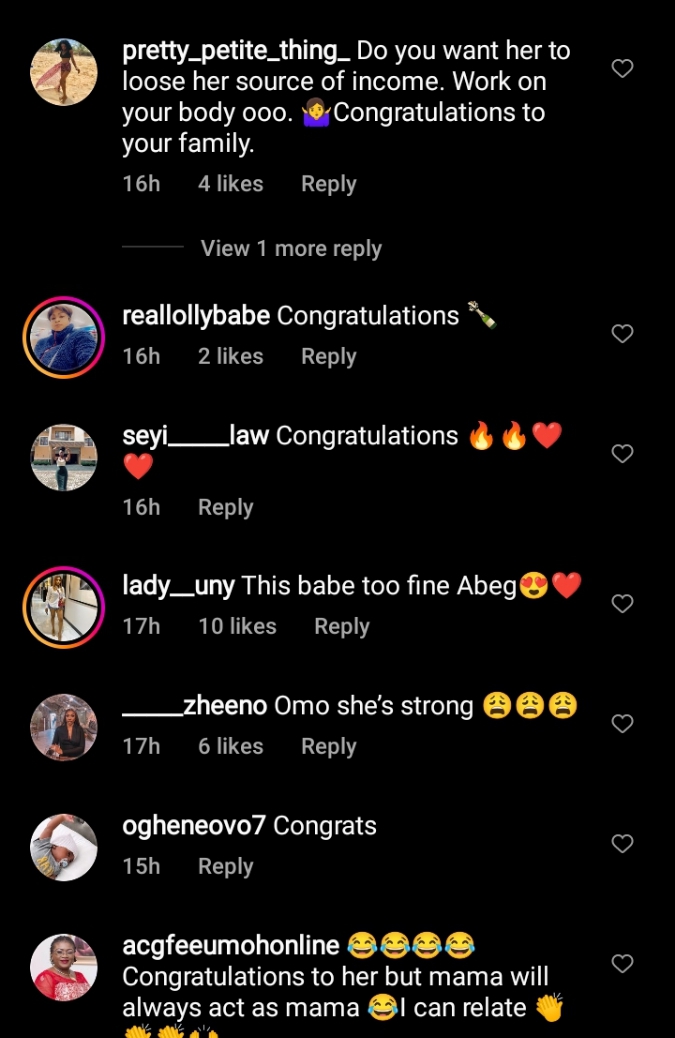