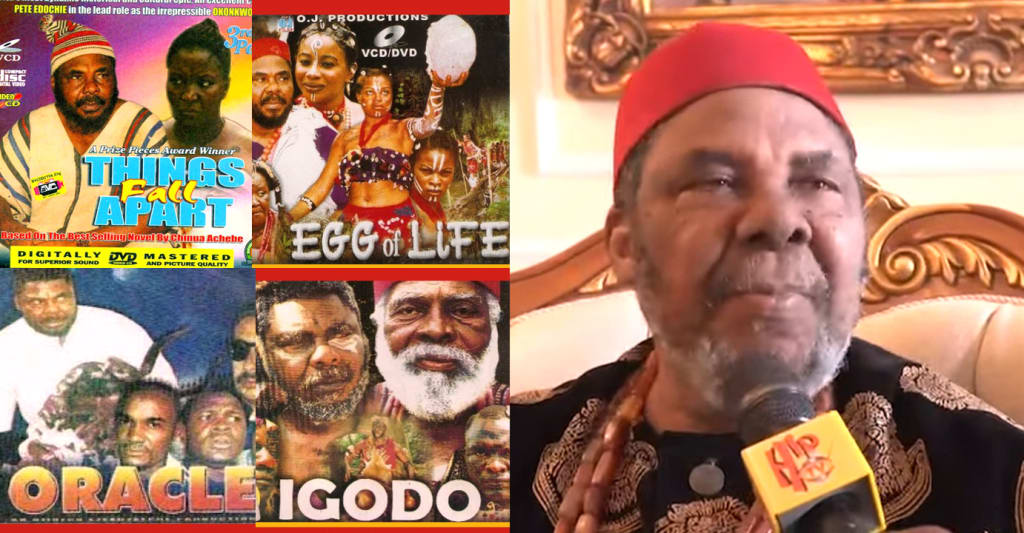 Speaking about his latest project ‘The Pledge’ and why he believes it’s the best thing he’s done in a long time, Pete Edochie said:

“I like the script. The script is very relevant to the situation we’re experiencing now in the country. So I was delighted when I read the script and I said I’m happy to be a part of it. All the other productions I have taken part in, I’ve not had this kind of subject, no. I am the father of the young man who is being unfortunately requested to come out and campaign for the presidency.

He’s a person who was born here, has lived here, they know his character, they know his person. This is why they said because of this man’s character and the fact that he has portrayed himself as being incorruptible, this is the man we want.”

Addressing the current state of Nollywood and why he believes he is the most famous person to come out of the industry, Pete Edochie said:

“Well the movie industry is doing very well, marvelously well. It’s recognized all over the world. Technically, we are not there yet. If you watch most of 0ur movies, the sound is not always okay. Sound, sound, sound, that is the biggest problem we have in our movie industry. Mmm, fine stories, sometimes there’s repetition where the stories are but you see, if a story does well, people try to reproduce. Give it another complexion but it’s the same story line. I think we’re doing very well, we are.

“So many of us are recognized outside the country. At the risk of sounding very immodest, I think I am known outside the country more than any other person in the movie industry. Understandably because I did “Things Fall Apart” which has been translated into 70 languages so people still remember me. I think we’re doing well, very well.”