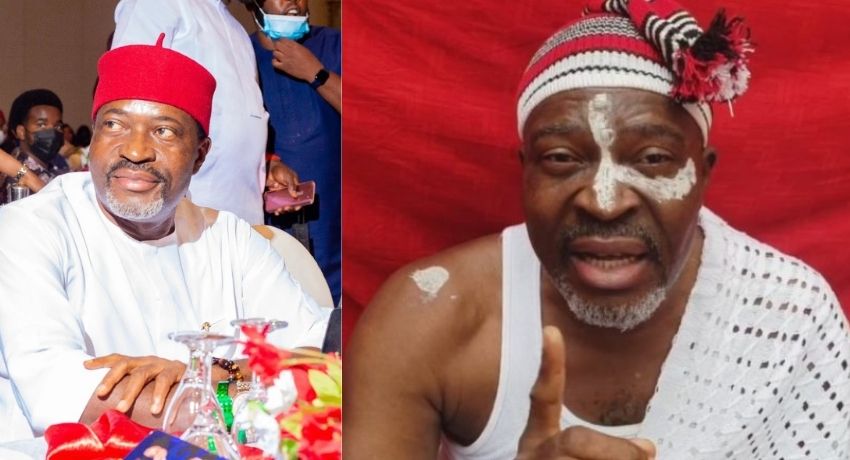 KOK has opened up on different aspects of his life as this is the year he clocked 60, and the year his acting career hit 40.

According to the thespian who once revealed the ‘sacrifice’ he makes to make money, the veteran said he has always wanted to be a lawyer, to be a voice to the voiceless.

While speaking on Nollywood, KOK said the government have no right to ban rituals from Nigerian movies because Nigerians didn’t also teach politicians how to rig election.

The actor who turned 60 this year, made it clear that there’s no way anybody can be like him no matter how hard the person tries and looking at his age right now.

Kanayo O Kanayo while speaking in an interview with Chude Jideonwo on aging in Nigeria opined that hitting 60yrs in Nigeria isn’t something to be happy or proud of because since childhood, it’s been one struggle or the other, like lack of electricity, basic amenities and it’s still the same at the age of 60. And the worse part of it all is that a Nigerian goes to school as a youth, graduates and ends up working for someone who has failed in school.