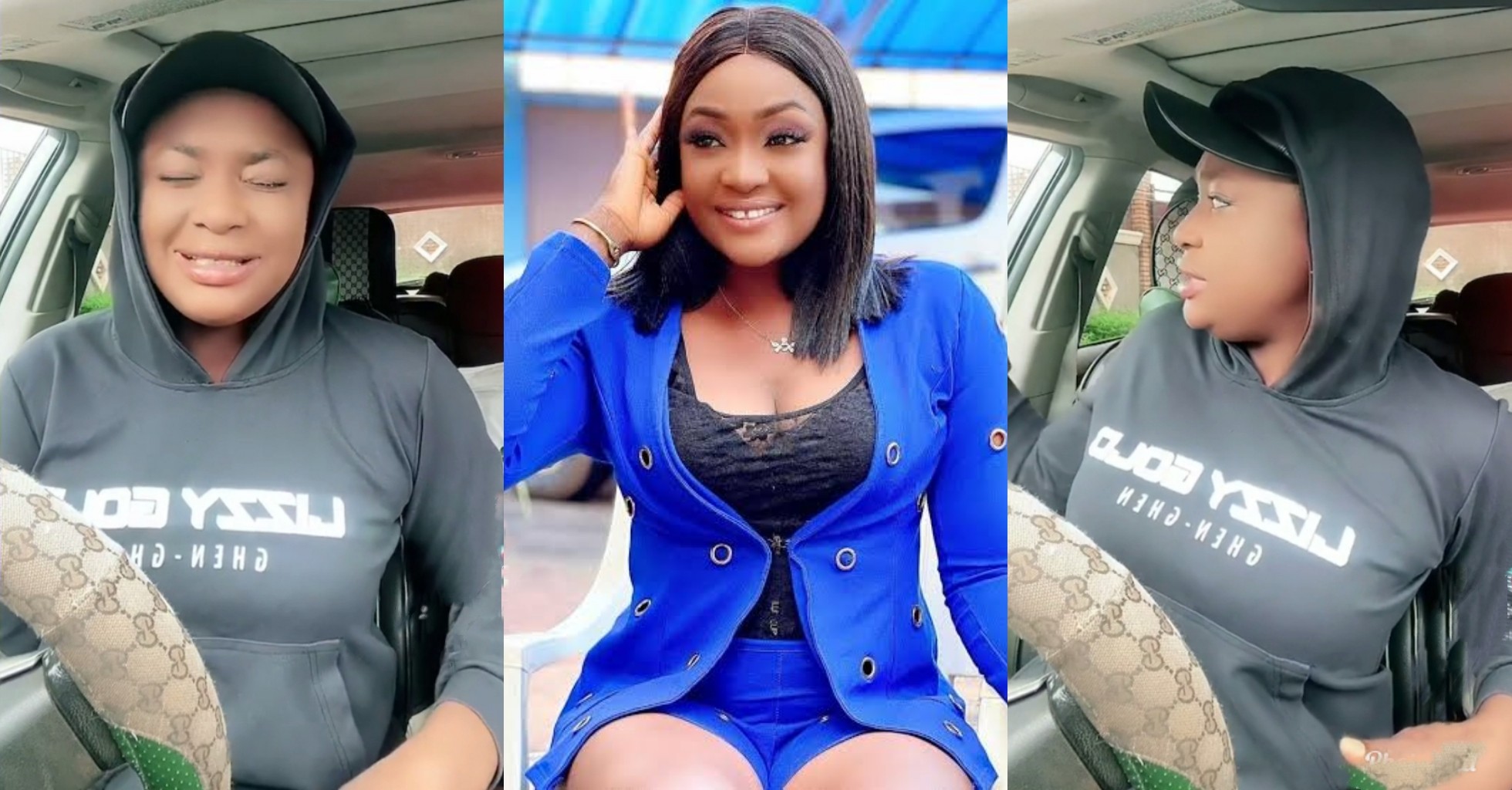 Nollywood star, Lizzy Gold has revealed she was attacked by unknown gunmen who tried to rob her on her way to Enugu from a movie shoot in Asaba, Delta State.

The mother of two through her Instagram page, narrated how it all happened and why she will never embark on a night journey.

Narrating the tragic experience, Lizzy said: “Please let’s be security conscious. Nowhere is safe. Two days ago which is on Sunday, I wrapped up my girlfriend’s production. I told them I was leaving for Enugu because I had a job that I was going for. They have been waiting for me for like three days. Destiny, Mary, they told me not to travel.

“I met another traffic there. So, I was in traffic for another one hour. It was dark. It was 8.30 pm. All of a sudden, I heard a very loud bang on my side glass window. I was shocked. So I winded down. I was like hello, then a guy came and said, “do you know you are on the wrong lane?” He was trying to bend my side mirror. So I started to beg him.”

Recounting further, the 34-year-old said: “I told him I saw other cars passing through the same lane. The next thing, I wanted to wind up and he put my hands down and came in. Brought his head inside. My PA was seated beside me. His partner went to the order side of the window. So, the guy brought his head inside the car and said, if you make any noise, I will shoot you.

“He brought a gun and pointed at my stomach and told me to bring out everything that I have. He said I should give him my phone. I told him to take money instead of my phone because he would not be able to use the iPhone. I brought money out, as I was giving it to him. He said I should tell my brother to bring out all the money he has. I told him the PA is not with any money. I begged them after they threatened to kill me.”

The Actress added that she was slapped by the man, causing her to scream which drew the attention of other motorists and passersby causing the robbers to flee.