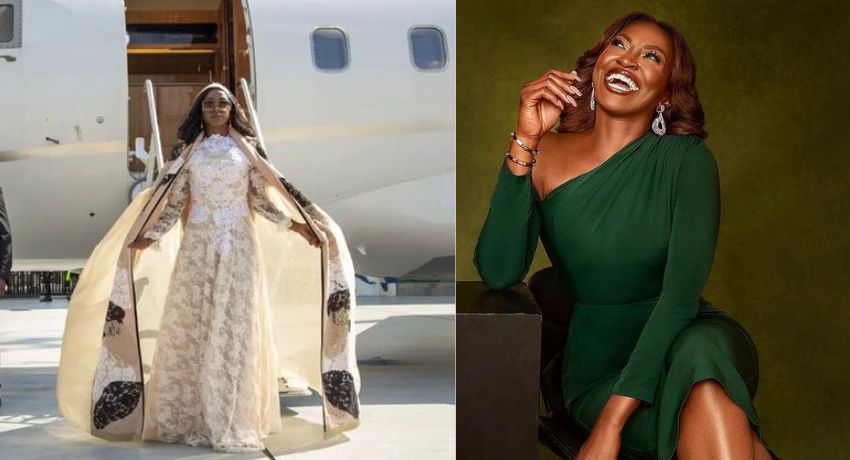 Actress Kate Henshaw has said that things will work out if she becomes the president of Nigeria.

The tweep was making reference to a work out video the actress posted earlier.

Kate, a fitness lover, is one of the few celebrities constantly urging the youths to get their voter’s card.

Recall Kate Henshaw narrated the encounter she had with a fellow female guest at a wedding, presumed to be actor Blossom Chukwujekwu’s white wedding ceremony.

Lamenting about the painful encounter on social media moments ago, Kate Henshaw disclosed that she was shunned by the female guest over a selfie.

According to the thespian, she had just entered the wedding ceremony when a certain female guest approached her for selfies but she kindly obliged her request by asking to be given some minutes to settle down at the event first.

After settling in, Kate Henshaw claimed she reached out to the lady for the selfie but surprisingly, she was shunned.

The actress said if she was the one that made such move, it would have being something else.