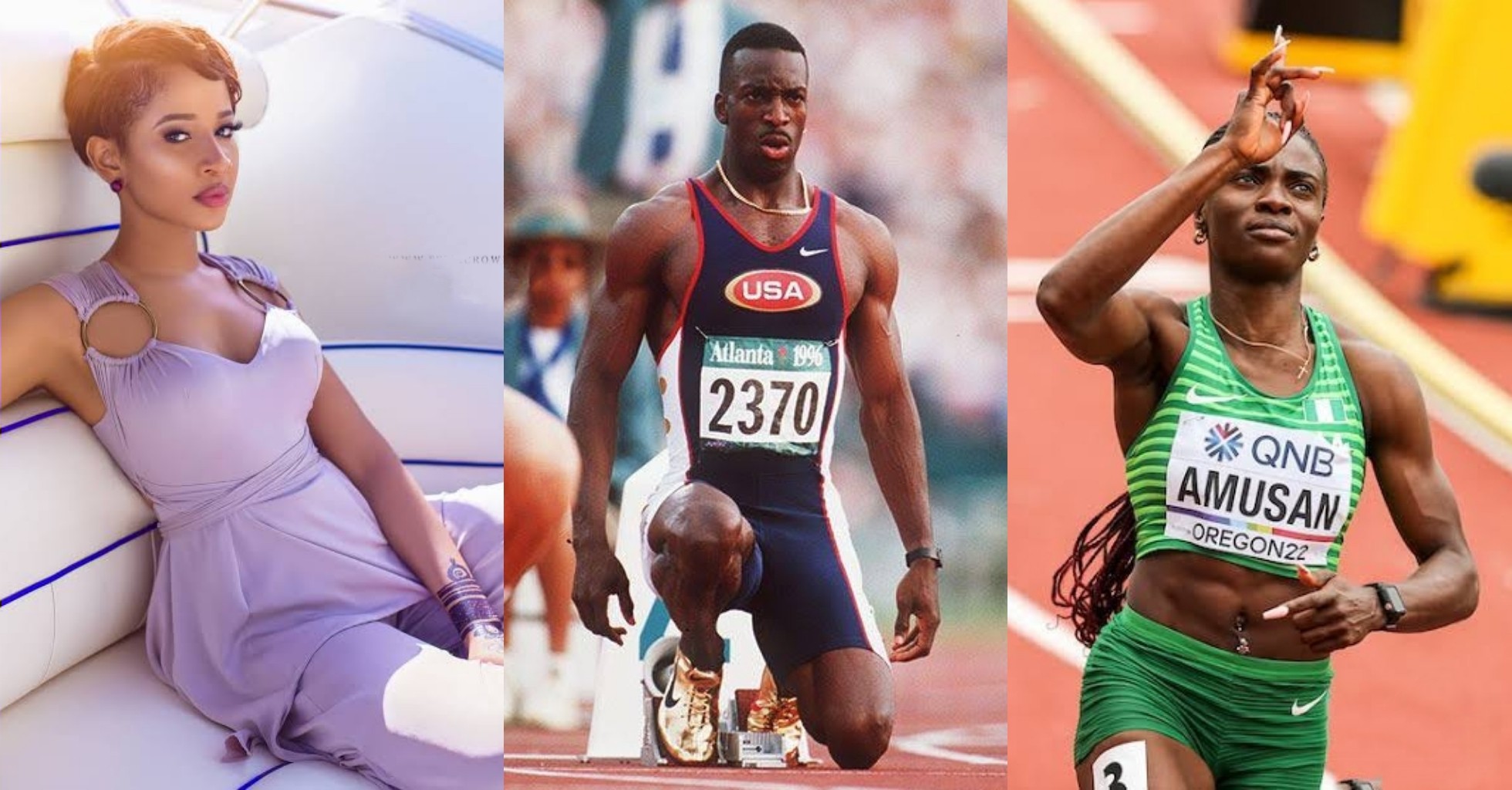 The celebrated athlete recently set a world record as the fastest female hurdler, a feat that has got Nigerians both home and abroad buzzing with pride.

Following the race, Johnson, the four-time Olympic gold medal winner with Team USA, said he does not believe that the electric timer of the race is correct.

His comment attracted a wave of condemnatory remarks from Nigerians on Twitter — with some accusing him of “racism”.

In the wake of the growing backlash, the American, in another tweet on his verified Twitter handle, defended his stance.

“As a commentator my job is to comment. In questioning the times of 28 athletes (not 1 athlete) by wondering if the timing system malfunctioned, I was attacked, accused of racism, and of questioning the talent of an athlete I respect and predicted to win. Unacceptable. I move on,” he tweeted.

Reacting, Adesua Etomi asked Johnson to “do better,” adding that his comment “was in bad taste”.

“What you said was in bad taste. Tobi won that race and broke that record. Do better,” she tweeted. 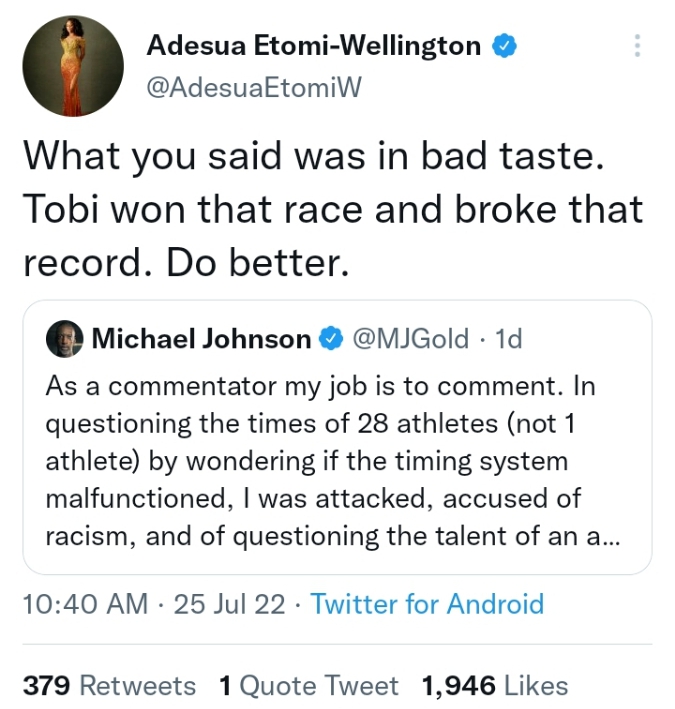