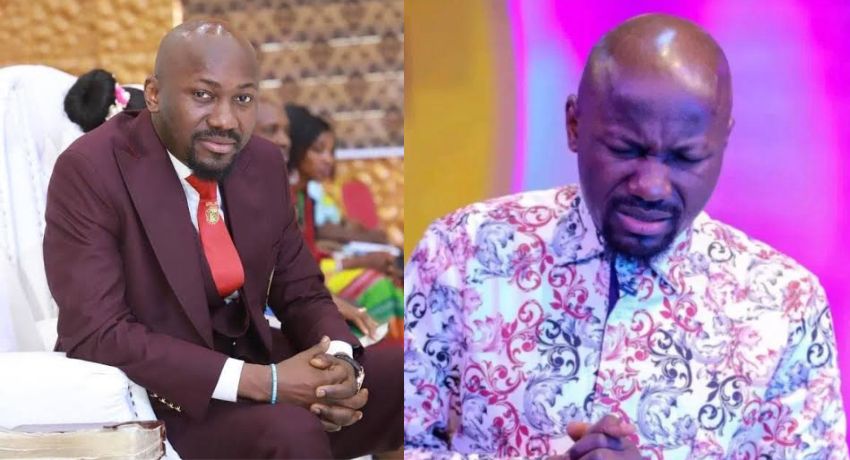 Apostle Johnson Suleiman has at last reacted to the sexual scandal allegations leveled against him by popular faceless blogger, Gistlover.

This is coming after Gistlover dropped the names of some Nigerian actresses who have reportedly been involved with Apostle Johnson Suleiman intimately. There had been a series of allegations leveled against Suleiman after videos and messages of ailing actress Halima Abubakar surfaced online.

Amid the allegations and the issues between Halima Abubakar and Apostle Suleiman, Gistlover via its page dropped the names of some Nollywood actresses who the blog claimed had slept with the clergyman for money.

Reacting, Apostle Suleiman who said he has been busy with his church crusade said he will be the end of Gistlover’s blog, saying that the list of actresses mentioned is not long enough, urging the blogger to make it longer.

He described Gistlover as a fool (ode) for dragging a him ‘like a generator’.

Speaking further, Suleiman declared that he will be the one that will make the gossip blog disappear as the owner of that handle has entered his trap. Watch video below: