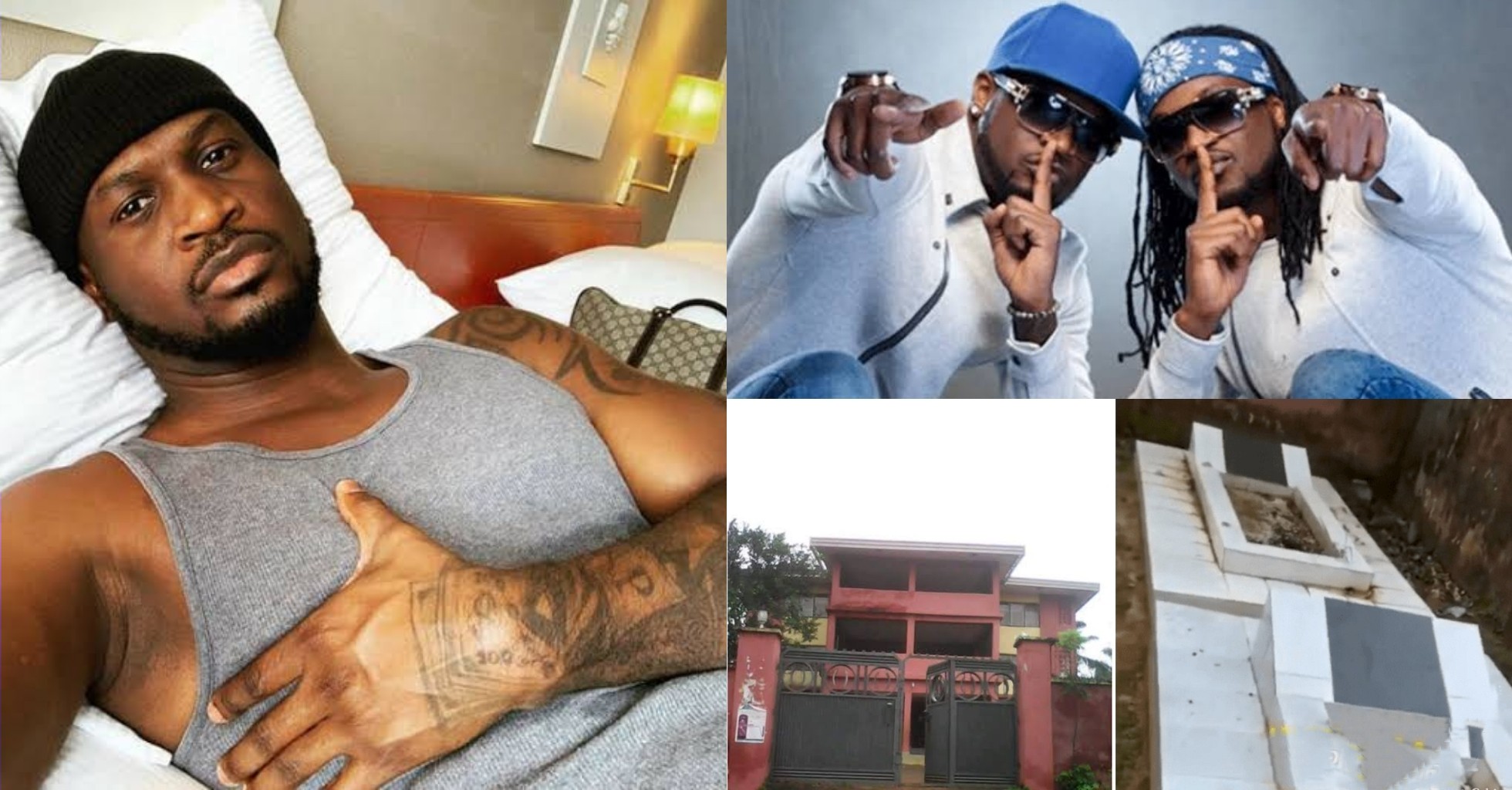 Famous Nigerian Musician, Peter Okoye of Psquare, has given his fans something to think about following his reaction to a video of their alleged family house in the village.

A video making the rounds on social media captured the moment an unidentified man displayed the ‘Do me’ Crooners’ alleged village mansion.

In the clip, the man showed the pitiable state of the Okoye’s alleged family house and went on to capture the graves of their parents.

Reacting to this, Peter Okoye took to the microblogging platform Twitter to retweet a post and video of the alleged house. 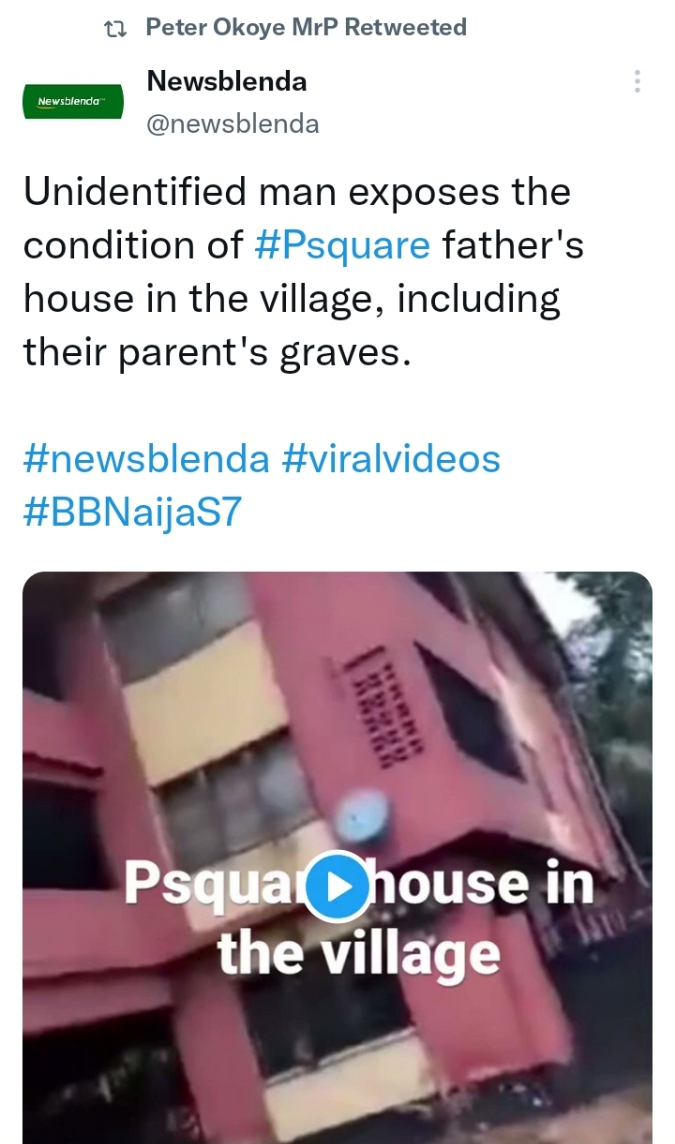 Many of his fans were stunned after he retweeted the Twitter post that he was supposed to debunk. 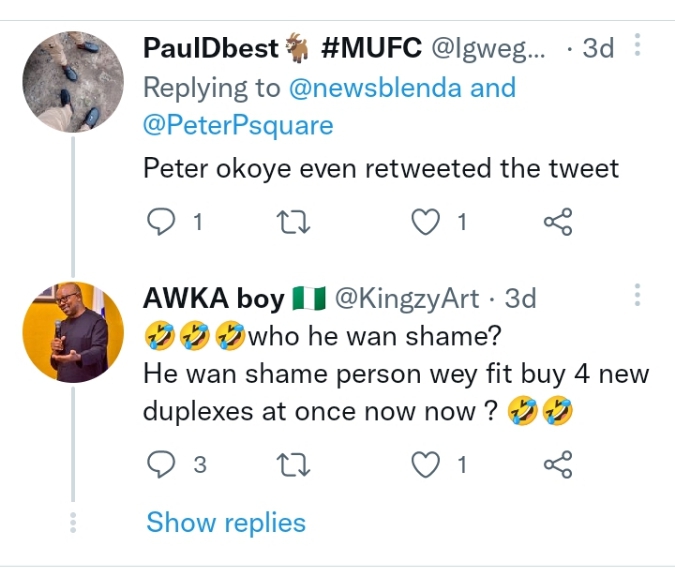 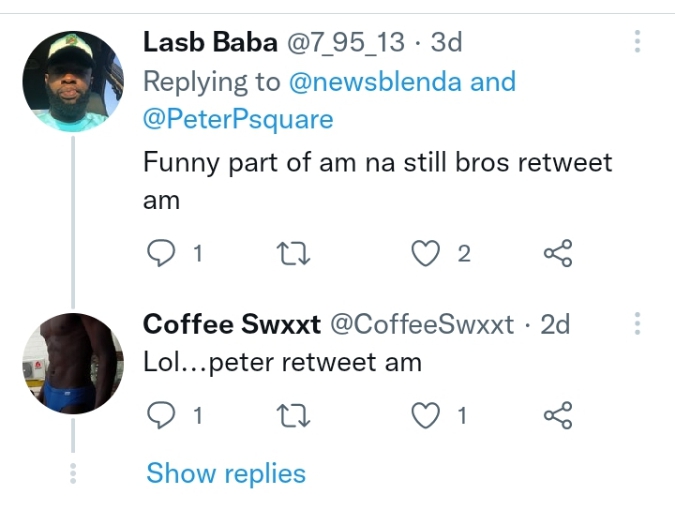