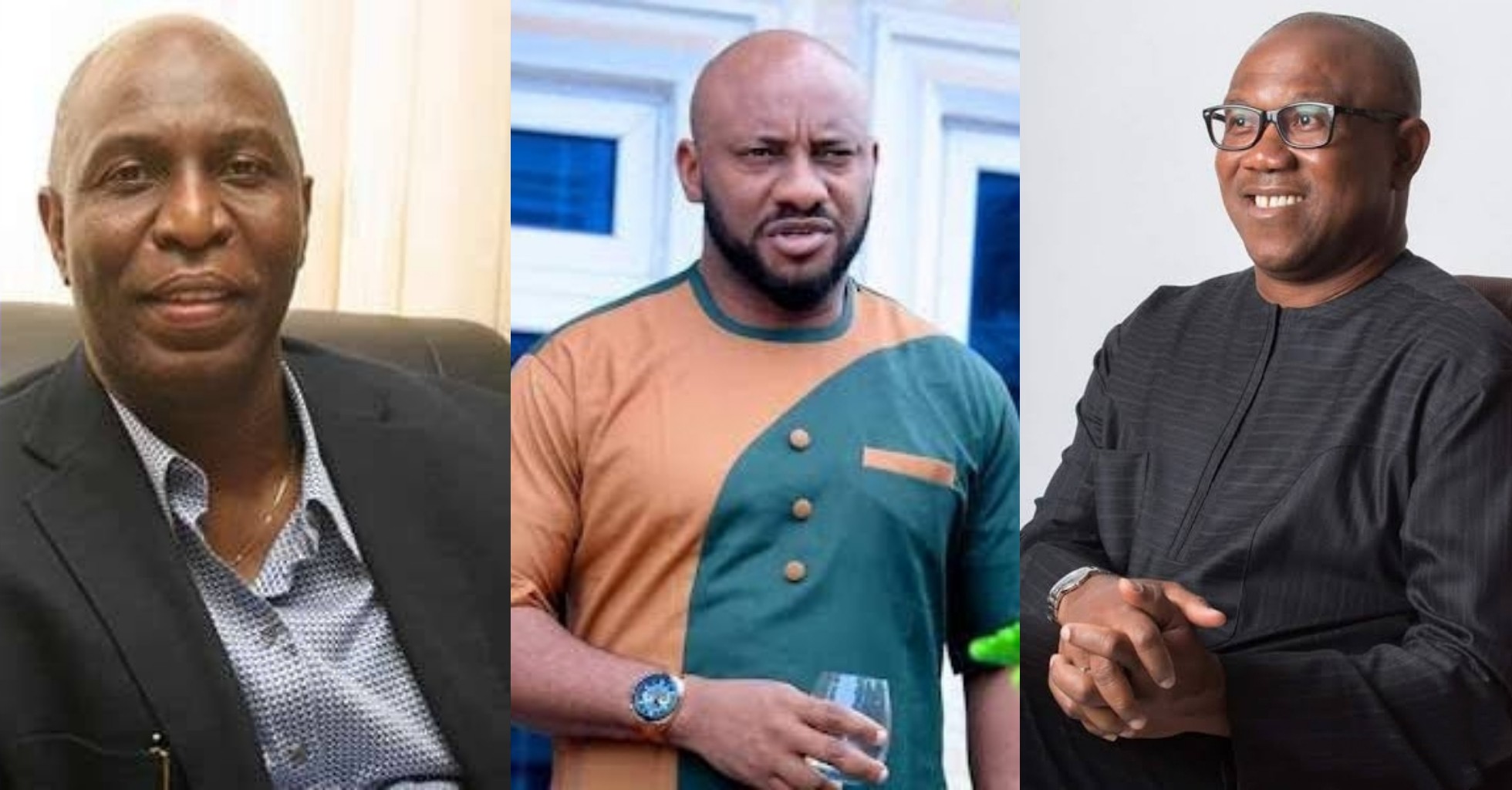 Nollywood Actor, Yul Edochie, has dragged the Chairman of The Nation Newspaper Editorial Board, Sam Omatseye after he wrote an article with an offensive headline against Peter Obi, the presidential candidate of Labour Party.

Mr Omatseye, in his article titled ‘Obi-tuary’, claimed that while Obi has dissociated himself from the Biafran agenda and the Indigenous People of Biafra, the former Anambra State governor is riding on the Biafran agenda to push himself as a southern candidate.

Part of the Article reads;

“Obi has turned out to be an excuse for even closet Biafrans to betray open emotions about Biafra without being accused of it.

This includes intellectuals who did not show mercy to him while he reigned in Anambra as a pharisaic chief executive. It is like wearing a colour beneath another colour. Obi has become a shelter for both miscreants and activists of the crowd.” 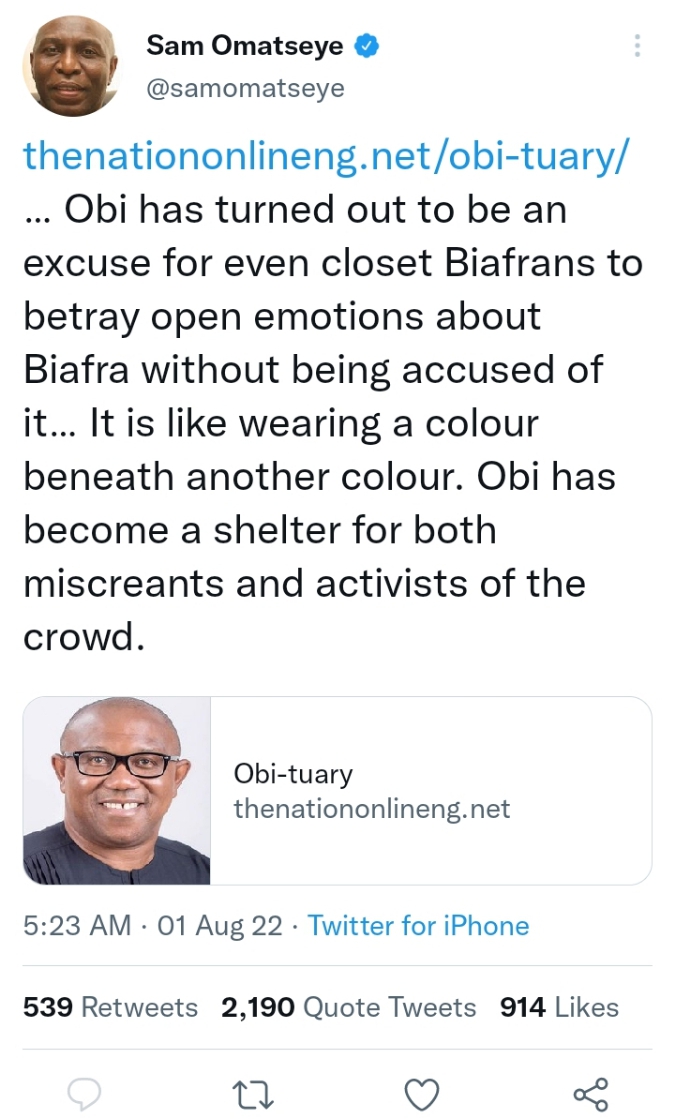 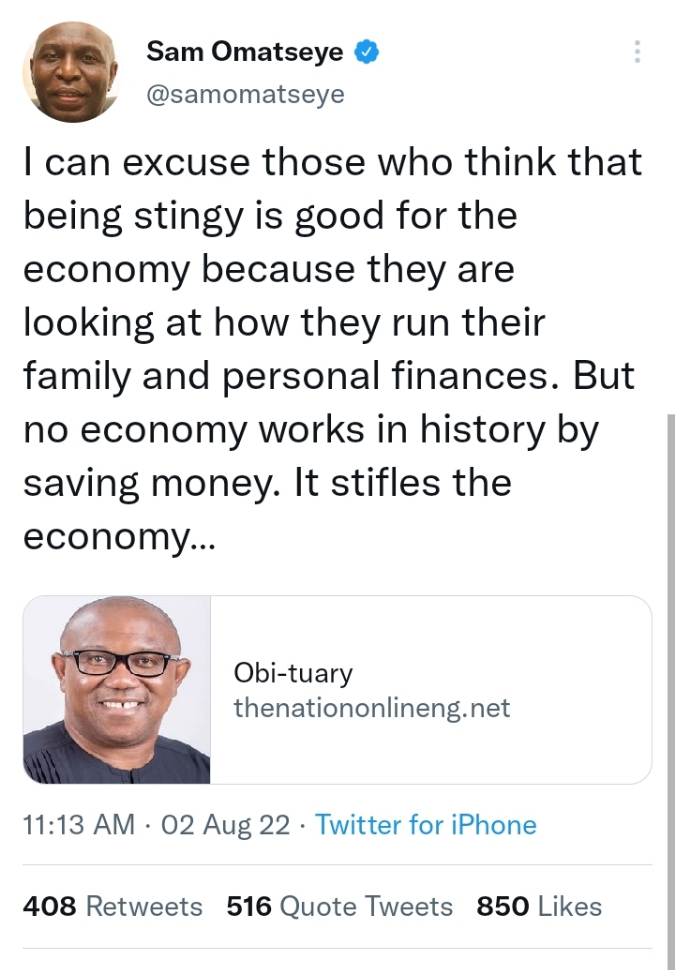 However, the article elicited sharp criticism from supporters of the LP candidate, who have accused Omatseye of being bias.

In a tweet on Tuesday, Omatseye alleged that Obi’s supporters are threatening his life.

Meanwhile, Actor Yul Edochie is among those condemning the statement made by Omatseye.

The movie star took to his Twitter page to call out Mr. Sam Omatseye regarding his statement on Obi. He said that the columnist’s use of Obi-tuary in a publication is counter-productive and uncalled for.

He stressed that the use hateful and uncultured speeches attracted the backlash and alleged death threats he received.

“You wake up and write an article about a person who is still alive, attach his picture and caption it Obituary.

Then when people start to insult you for it you start crying for help. No be you find trouble? You should know when lines are crossed. Are you normal?” 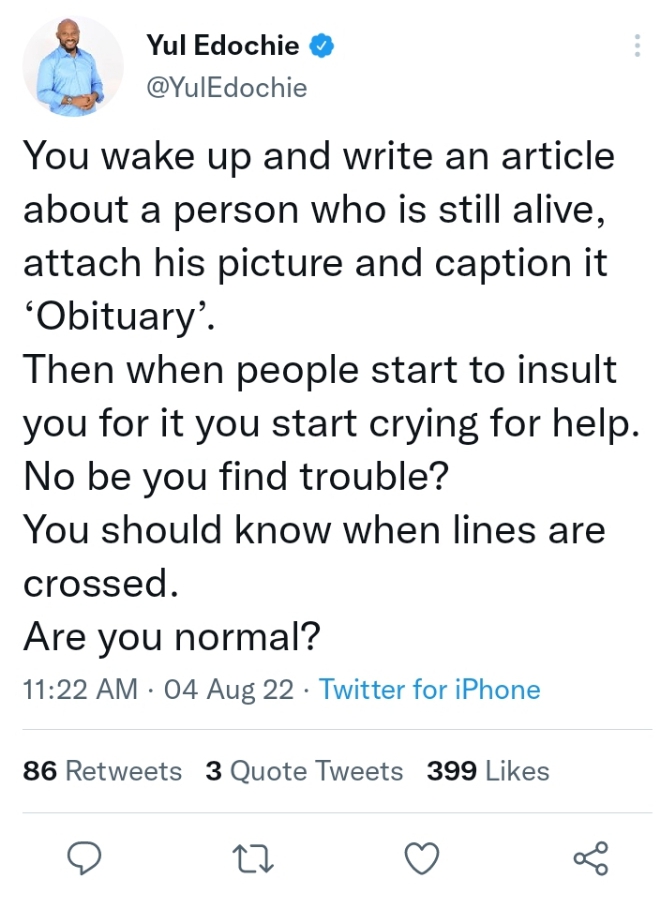